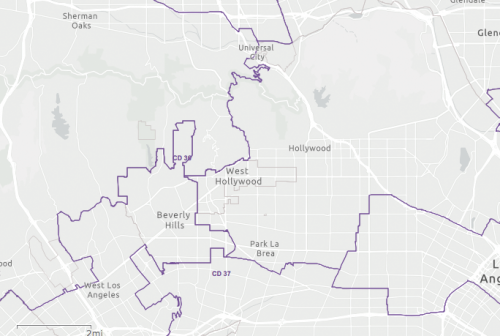 The California Redistricting Commission on Dec. 27 delivered the newly drawn Congressional, Board of Equalization, State Senate and State Assembly maps to the California Secretary of State’s office in Sacramento.

“I want to thank the Redistricting Commissioners for their hard work under difficult circumstances,” Secretary of State Dr. Shirley N. Weber said. “We will be sending the new maps to Legislators and to the California’s 58 counties for implementation.”

The U.S. Constitution requires a federal census every 10 years. The independent California Citizens Redistricting Commission uses the new census data to redraw the boundaries based on population changes.

The boundaries for local districts, such as county supervisorial or city council districts, are drawn by local governing bodies.

As required by law, the secretary of state will provide the new CCRC maps to the California State Legislature for their records and to California’s 58 counties, which will redraw precincts within the new district boundaries and assign voters to the updated precincts.

Police seek clues in assault and robbery in Hollywood