Beatles interviews up for auction 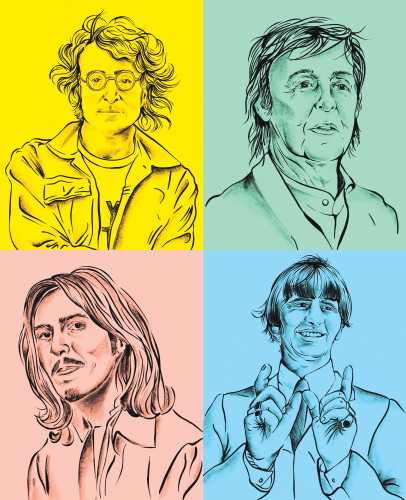 The Voices of Classic Rock are auctioning historic interviews with each of the four Beatles. (photo courtesy of VCR)

Historic audio interviews of The Beatles are being auctioned online by the Voices of Classic Rock Archive to the highest bidders as digital NFT files through Dec. 10.

An NFT, or non-fungible token, is a digital asset – whether music, artwork or a trading card – that is stored on the blockchain as a one-of-a-kind item.

The interviews, featuring John Lennon, Paul McCartney, George Harrison and Ringo Starr, have not been heard in decades. The auction represents the first time that NFTs of rock music icon interviews are being offered to the general public.

Voices of Classic Rock Archive is home to 650 historic interviews and radio shows featuring nearly every major rock music icon from 1964 to 2008, including The Rolling Stones, Elton John, Janis Joplin, Foreigner and Queen.

The Voices of Classic Rock archive chronicles more than four decades of audio interviews with the men and women who defined the classic rock era.

The four Beatles NFT Interviews are titled “John Lennon on ‘A Day in the Life,’” “Paul McCartney on ‘Chaos and Creation in the Backyard,’” “George Harrison on ‘Abbey Road’” and “Ringo Starr on ‘His Lost Medallion.’”

“The extensive variety of Beatles interviews that we have in our collection are, perhaps, our most comprehensive and valuable assets – that is why we wanted to launch with John, Paul, George and Ringo – the ultimate classic rock stars,” VOCR managing director Jonathan Firstenberg said. “… All of the interviews contained with VOCR are unique, and, like any other important and unique object or artwork, they will continue to grow in rarity and value over time.”

Each Beatles NFT will include unique artwork and a WAV file of the interview. Bidders can only use Ethereum to make a bid because the NFTs will be minted on the Ethereum blockchain.

To hear a portion of each of the interviews currently up for auction and to make a bid, visit nft.vocr.org.