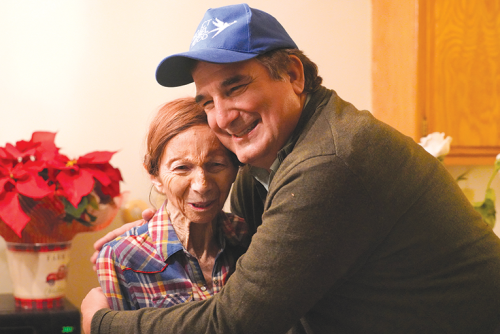 After six years of serving as executive director of Project Angel Food, Richard Ayoub has been promoted to chief executive officer.

Project Angel Food prepares and delivers more than 1 million medically-tailored meals each year to over 2,400 critically ill people. Ayoub has been appointed CEO during an unprecedented time of growth for the organization, which has increased enrollment over the past two years during the COVID-19 crisis.

“Through each challenge we have grown [with] the need,” Ayoub said. “I’ve been inspired by the dedication of our staff, volunteers, community leaders and benefactors big and small who have stepped up to meet every obstacle with a resolve so powerful that the impossible became possible time and time again.”

“What is clear as we look to the future of Project Angel Food is that Richard has the wisdom, leadership skills and heart to rise to the challenge of meeting record-setting demand on our services, and sustaining our ability to meet that need today and into the future,” Robinson said.

Ayoub announced that Project Angel Food is also expanding its leadership team, adding Bill McDermott in the newly created position of director of special projects. McDermott will be responsible for exploring an expansion of Project Angel Food’s facilities and building a major donor program and legacy program. McDermott, considered one of the top fundraising professionals in the country, has served for the past two years as chief development officer for GLAAD in New York City and previously led the development department at the Los Angeles LGBT Center.

“At this critical juncture in our history, I’m thrilled to have Bill join Mark McBride, director of philanthropy, and Mindy Glazer, director of institutional giving and strategic partnerships, in a development dream team to fund our vital work today and into the future,” Ayoub added.