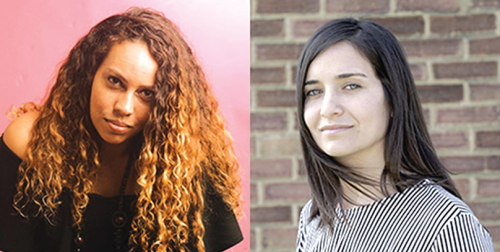 Kelley Kali, left, and Waad al-Kateab were named the domestic and international recipients of the 2021 Academy Gold Fellowship. (photos courtesy of the Academy)

The Academy of Motion Picture Arts and Sciences named the two recipients of the 2021 Academy Gold Fellowship for women.

Part of the Academy Gold global talent development and inclusion initiative, the Fellowship for Women is a one-year program that combines direct financial support, personalized mentorship and access to once-in-a-lifetime networking opportunities for emerging women filmmakers to further their pursuits in the field. The Academy currently awards two fellowships annually, one in the U.S. with a prize amount of $35,000 and one internationally in the amount of £20,000.

Kali is a graduate of Howard University and USC School of Cinematic Arts. She has directed, written and produced films in Belize, Haiti, China and the U.S.

Kali was selected to work with Ron Howard and Brian Grazer’s New Form Digital to develop her web series pilot, “The Discovery of Dit Dodson,” which competed in festivals across the country. Kali wrote and directed “Lalo’s House,” which won the silver medal in the narrative category at the 45th Student Academy Awards.

Al-Kateab is an activist and filmmaker whose reporting on the conflict in Syria for Channel 4 News in the United Kingdom won the 2017 International Emmy for news. Her documentation of her life during five years in Aleppo became the basis of the feature documentary “For Sama,” which she directed with Edward Watts.

“For Sama” received a 2019 Oscar nomination for Best Documentary Feature, won the documentary prize at the 2019 Cannes Film Festival and received four nominations in the 73rd British Academy Film Awards in 2020, setting a record in the history of the BAFTAs, ultimately winning Best Documentary.