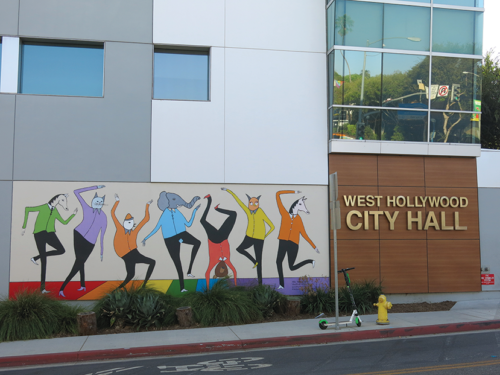 West Hollywood City Council on Nov. 3 approved a draft ordinance that would increase the citywide minimum wage  to $17.64, which would make it the highest minimum wage in the country.

If approved on its second reading, the ordinance will take effect on Jan. 1, 2022, for hotel workers and on July 1, 2022, for all other employees. Businesses will incrementally increase wages according to how many workers they employ, with all workers being paid the full minimum wage by July 1, 2023. The minimum wage will then be adjusted each July in accordance with the Consumer Price Index.

The city’s current minimum wage ranges between $13 and $14 an hour, depending on the number of employees in each business. With the increase, West Hollywood will surpass the city of Emeryville, California, which previously had the highest minimum wage at $17.13 an hour.

Though she applauded the city for its efforts to help residents, West Hollywood Chamber of Commerce President and CEO Genevieve Morrill said the increase should be postponed until more research can be done and businesses recover from the pandemic.

“This is not the way,” she said. “We need you to help and support, not perpetuate a narrative that businesses are not paying their fair share. This is not the case.”

West Hollywood restaurateur and reality TV star Lisa Vanderpump agreed, stating that many businesses are still paying back rent owed from the pandemic, and if the city continues with an increased minimum wage, many won’t renew their leases.

“I implore you to really give this a lot of thought because I do believe if we raise the minimum wage now, it’s going to be counterproductive,” she said. “We’re going to see so many people that are going to find it unsustainable.”

Still, council members said many businesses are already paying their employees the rate set forth, and the increase is necessary to help all residents live above the poverty line. According to the Massachusetts Institute of Technology, the living wage needed to support oneself in Los Angeles is $19.25 an hour.

“The minimum wage discussion can be a challenging one,” Mayor Lauren Meister said. “I want to ensure that all voices are heard in this discussion and that workers in our city are provided a wage that they can live on, that our businesses can recover in a post-COVID economy, and that our residents on limited incomes are able to afford goods and services in our city. I believe the approach we’ve crafted to phase implementation of the citywide minimum wage over time moves us forward and meets all three of these goals.”

The council approved the draft ordinance unanimously. A second reading is anticipated for the City Council’s Nov. 15 meeting.