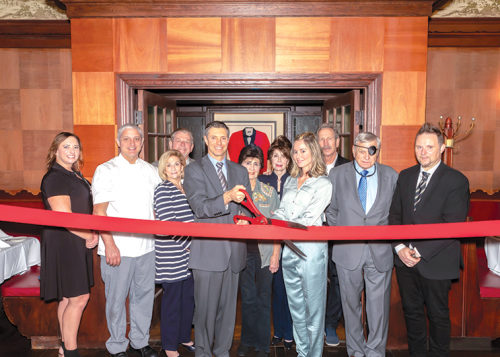 “For many years, our customers have been asking for specific types of dining experiences, which inspired us to add new space consistent with the Old Hollywood experience Musso’s has perfected. We are thrilled that now, with these new dining rooms, we are able to accommodate those specific requests,” said Mark Echeverria, COO, CFO and fourth-generation member of the restaurant’s family of owners.

Echeverria said the idea for the new private dining spaces started around 2010 when people began asking for a specific new dining experience. The design process for the rooms began in 2017 and it took several years to develop and get approvals from the city. The unveiling of the three private dining rooms marks a major milestone in the history of Musso & Frank Grill, Echeverria added.

“Two years ago, we enjoyed our best year ever. And then we had to deal with a 14-month shutdown due to the COVID pandemic,” he said. “We are so thrilled to have reopened our two longtime rooms on May 6, and we’ve received such a warm welcome from our returning patrons. Now, it’s even more amazing that we’ve added such a beautiful new space too.”

The new dining rooms were designed by Gensler and built by J. Baer Construction. One room offers an intimate dining experience for six to eight guests, while the three other rooms can be converted for larger receptions accommodating up to 50 people. Echeverria said they are ideal for entertainment industry wrap parties, wedding celebrations and larger events. A red- carpet entrance to the new rooms provides access from Hollywood Boulevard. 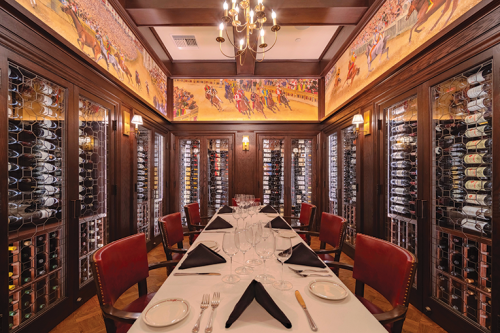 “Keeping in mind the specific requests we’ve received over the years, for some events held in our new dining rooms we have the capability of an even more discreet entrance through the rear of the restaurant,” Echeverria added.

The new dining rooms are adjacent to the restaurant in a space formerly occupied by two retail shops. The foyer features a display case showing Musso & Frank memorabilia, including classic original menus and wine lists, along with other artifacts from the venue’s history. Original artwork from the restaurant’s centennial book is on display in the hallway connecting the new dining rooms.

“The new rooms have an old-school Hollywood feel, as befits a restaurant known as the place where Hollywood deals are made,” Echeverria said. “When you are in our new space, you will feel like it has been there since the beginning.”

Beverly Hills kicks off the holidays on Nov. 18