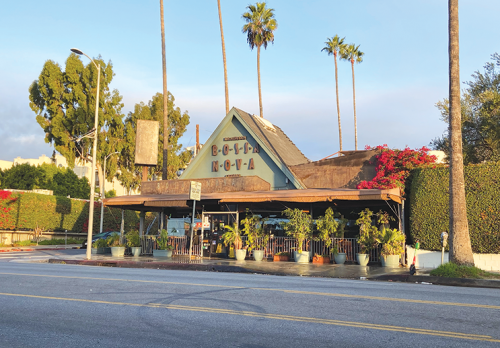 A 23-year-old man was shot and killed at approximately 2:10 a.m. on Nov. 23 during an attempted robbery that occurred in the 7100 block of Sunset Boulevard, police said.

Los Angeles Police Department spokesman Drake Madison said the victim was seated in a parked vehicle and was talking with a female friend who was standing next to the car when a group of men walked up and attempted to rob the woman at gunpoint. The victim also had a gun and confronted the suspects, Madison said.

“He got out of the car to help her and they shot him,” he added. “He was pronounced dead at the scene.”

The female victim was not injured and the suspects fled after the shooting. Madison said police did not recover the victim’s gun at the scene and are trying to corroborate accounts of what happened with witnesses. The robbery was allegedly committed by up to eight suspects, but no description was available. Police believe the hold-up is related to a series of follow-home robberies during the past several months targeting people leaving restaurants and nightclubs.

The robbery occurred near Bossa Nova restaurant at 7181 Sunset Blvd., but Madison did not know where the victims had been previously or if there was any connection to the restaurant. The case is being investigated by the LAPD’s Follow-Home Task Force, which was formed on Nov. 17 to investigate the series of follow-home robberies. Anyone with information is urged to call (213)486-6840.