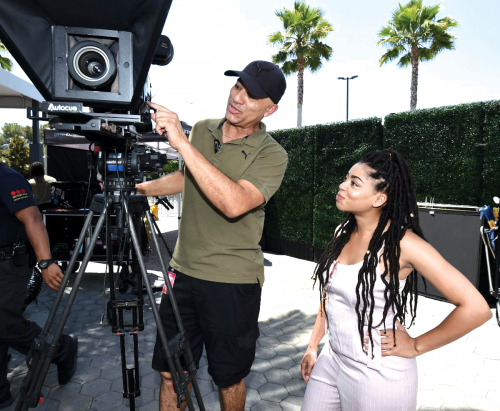 The Television Academy Foundation opened its application process for the 2022 Internship Program in Hollywood for college media students.

Paid internships are offered for graduate and undergraduate college or university media arts students for the spring and summer of 2022. Internships may be in person, hybrid or remote, depending upon the opportunity.

The program gives students from all over the country in-depth and hands-on professional experience in a variety of television careers and professions at prominent Hollywood studios and production facilities. Internship categories include animation, cinematography, program development, directing, editing, interactive media, news and writing.

Among the opportunities available is the foundation’s “Star Trek Command Training Program,” in association with CBS Studios, which offers students an immersive professional experience within the “Star Trek” franchise.

“The Foundation’s Internship Program is in a class all its own,” said Cris Abrego, chair of the Television Academy Foundation. “For over 40 years, it’s offered students from across the country the chance to get relevant job experience and network in the entertainment capital of the world. We urge media arts students to apply for this program, which has jumpstarted careers for so many industry professionals.”

Finalists are selected by members of the Television Academy, and final selections are made by participating host companies.

As a condition of employment, the Academy Foundation will require all in-person or hybrid work interns to show proof of vaccination against COVID-19.

Online applications will be accepted through 5 p.m. on Jan. 19 at televisionacademy.com/internships.

A new chapter for Assistance League of L.A.