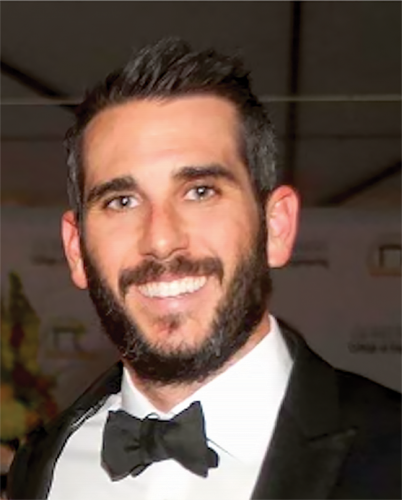 The Holocaust Museum L.A. announced that Guy Lipa will serve as the new board chair and Patsy Palmer and Yaniv Tepper will serve as vice chairs.

Lipa, the grandson of Holocaust survivors, is the founding partner of Parallel Capital, LLC, a real estate investment firm, and is also the principal of Lipa Consulting Group, a consultancy focused on strategic planning and private-public-partnerships.

He sits on the advisory board of several early and mid-stage technology companies and serves as a commissioner on the Los Angeles City Civil Service Commission.

Lipa’s participation with Holocaust Museum L.A. has evolved over the last decade, from being a member of 3G@HMLA, a group made up of grandchildren of survivors, to joining the board, where he served as vice chair.

“The birth of my son Oliver last year really put into perspective that by the time he is old enough to have a meaningful conversation about the Holocaust, there might not be any first-hand witnesses left to tell their stories,” Lipa said. “We must continue to do everything we can to educate about the Holocaust and its social relevance today. I want my son to grow up in a world without pain, suffering and devastation caused by hate.”

Palmer and Tepper are joining the executive board for the first time. After practicing as a therapist for many years, Palmer began volunteering as a docent at the Los Angeles County Museum of Art and at Holocaust Museum L.A. Tepper, the son of survivors, is the managing partner and co-founder of Angeleno Group, one of the country’s largest dedicated clean energy and sustainability investment firms.