Doc McStuffins clocks in at CHLA 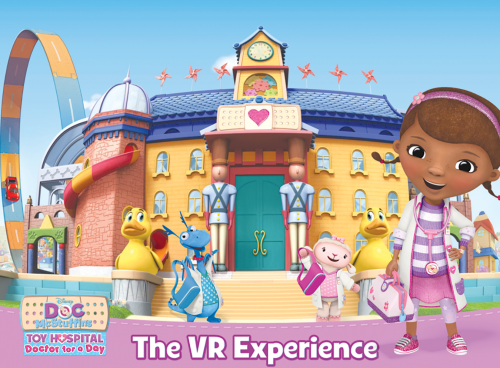 In a recent study, the experience, called “Doc McStuffins: Doctor for a Day” reduced fear in children facing surgery. The study followed 51 patients undergoing surgery at Children’s Hospital Los Angeles. After playing the game, 97% of the children reported feeling more comfortable at the hospital and 74% said they felt less frightened.

Nearly 5 million children undergo surgery every year, and more than half of them experience anxiety leading up to their procedure. Preoperative anxiety is linked to slower recovery, sleep disturbances and other difficulties in the weeks following surgery.

“Children undergoing routine painful medical procedures will often report feeling better if they are engaged with a book or have something to focus on like playing with toys or bubbles,” said Dr. Jeffrey I. Gold, director of the Biobehavioral Pain Lab and the Children’s Outcomes, Research and Evaluation Program at CHLA. “Pain is very complex, but we know that shifting the patient’s attention away from the pain can be very powerful.”

Several years ago, Gold began investigating the use of VR for children having to undergo a blood draw. Some children were so immersed in the game, they didn’t even notice the procedure. Because VR reduces discomfort, pain and fear, Gold wondered if he and his team could apply it in other areas, such as surgery.

When children engage in what is called medical play, they are happier and less fearful, he said. Facilitated by trained professionals, such as child life specialists, medical play allows children to work through their feelings or anxieties regarding medical experiences.

Gold and his team partnered with Disney Junior to create an immersive, virtual experience to help children feel more comfortable before surgery. The experience, which was developed by Disney’s Media and Entertainment Distribution Consumer Experiences and Platforms division in partnership with the CHLA team, allows each child to engage in play with Doc McStuffins, a popular character from the Disney Junior television show of the same name.

The “Doc McStuffins: Doctor for a Day” experience has been made available to participating patients at CHLA and other children on more than 1,800 headsets at more than 400 pediatric facilities across the country.

Emerging playwrights selected for Under 30 Lab