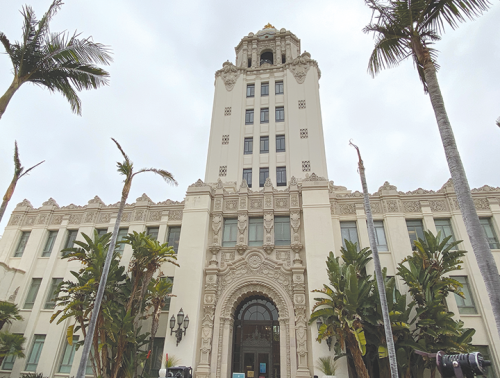 The Beverly Hills City Council unanimously voted to allow the urgency ordinance that established its temporary eviction and rent-increase moratoria to remain in place through next spring.

During its formal meeting last week, the council went against the recommendation of the city’s Rent Stabilization Commission and extended the ordinance through April 1 at the suggestion of Vice Mayor Lili Bosse.

“From my perspective, February is too soon, given that we do have a March 31 date of protection for those that qualify,” she said, adding that tenants are still struggling even though “we’re moving in the right direction.”

Helen Morales, the city’s deputy director of rent stabilization, said renters who have applied for assistance through the state’s “Housing is Key” website have protections in place through March 31.

“As we were saying earlier, none of us expected that we’d be having this conversation – still virtually – clearly toward the end of ’21,” Bosse said.

On Oct. 6, the commission recommended ending moratoria on no-fault evictions, annual rent increases and evictions of residents for non-payment on Sept. 30, when statewide protections created by Assembly Bill 3088 expired.

Its chair, Lou Milkowski, said the commission spent months debating the issue and eventually opted to align with the state in fairness to landlords, who “have been put on hold” in many ways.

“Obviously, we’re beyond the Sept. 30 date, and it’s totally within your discretion if you agree to remove these emergency ordinances. … Many recommendations have been made by the public to delay the date of implementation of the revocation of this ordinance,” he said.

Morales said renters had to pay 25% of the rent due from Sept. 1, 2020, to Sept. 30, 2021, in order to have the rest of the balance transferred to consumer debt. Additionally, the city has not allowed rent increases for two years, so renters could be facing a rent increase as high as 6.9% in the near future, she said.

Prior to Bosse’s suggestion, Councilman Lester Friedman proposed ending the eviction moratorium on Feb. 1 and approving one rent increase in 2022.

Councilmen Julian Gold and John Mirisch agreed. Mirisch noted that both tenant representatives on the commission voted against its recommendations.

“They’re obviously scared,” he said. “They’re obviously vulnerable. They’re obviously concerned about their ability to continue to stay in their home. And so to me, that’s the No. 1 concern. It’s great to know there’s a backstop available – the landlords get their money – that there’s funding available for them, especially for small ones. I will not support the recommendation for those reasons. I think we need to continue to protect the residents, especially the most vulnerable among us, and we’ve heard there were seniors who called in as well.”

The council agreed with Bosse’s recommendation of April 1 and called for staff to report back at a future meeting.

“I think it’s too complicated for us to decide tonight,” Mayor Robert Wunderlich said, adding that the council would like options from staff that provide a fair path to normalcy.

Cyclists involved in fight on Halloween in Beverly Hills