An unwavering passion for advocacy 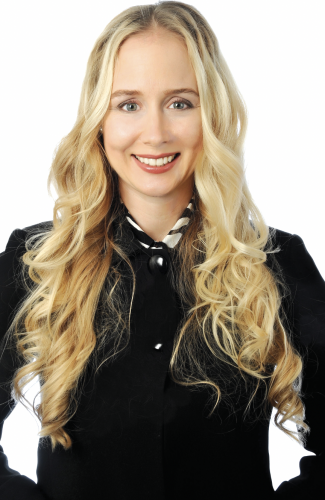 Walking through Julie Stromberg’s 1928 Spanish Colonial home, one might get the impression that she’s an art curator.

A painting of Bunker Hill by Wilfred Mills hangs on one wall and a piece by John Bond Francisco adorns another. In her Brookside home office, Stromberg placed one of her favorites: a painting of MacArthur Park by Elsie Palmer Payne.

“I’ve always loved art my entire life,” Stromberg said. “My mother was an artist and so I grew up having an appreciation for art early on in life.”

Though she set out to pursue that passion as an art history major at University of California, Berkley, Stromberg is now a lawyer.

Originally from Montreal, Canada, Stromberg and her family emigrated to Orange County when she was 14. As the first member of her family to go to college, she said she had to choose a practical degree.

She doesn’t regret the choice. The decision, she said, has allowed her to help the community in ways she never dreamt possible.

“Being a lawyer offers me a chance to make an impact,” Stromberg said. “There’s a great need for advocacy, and it’s one way to help.”

On the first day of class at Loyola Law School, Stromberg met her husband Winston, who is also an attorney, though they waited several years before going on a date.

After dating for two years, the couple decided to turn a planned vacation to Paris into an impromptu wedding. They called their parents from Italy a few days later to break the news.

“They were very excited for us,” Stromberg said. “We have photos in front of the Louvre and the Eiffel Tower. It was magical, and it felt like we had Paris to ourselves.”

The couple now share three children: Julien, 9, Leo, 5, and Astrid, 2. Throughout her 13-year career, Stromberg worked on environmental and pharmaceutical litigation before moving into education law after she dicovered her first child had learning differences.

“I realized education law was an area where I could really make an impact,” she said. “There’s definitely a need for advocacy because there are not as many lawyers who are doing special education law and fighting for the kids. As a parent going through it, you experience how incredibly challenging it is.”

She also began volunteering at Learning Rights Law Center, an organization focused on achieving education equity for children. Shortly after, she moved on to for Disability Rights Legal Center.

“I tell my son that I’m a lawyer for good because I help people,” Stromberg said. “That’s what my vocation is. It’s not for everyone, but it’s what I feel like I was meant to do because I’m an advocate at heart.”

Throughout the years, Stromberg has championed other causes by serving on myriad boards, including Women Lawyers Association of Los Angeles, the Greater Wilshire Neighborhood Council, the Los Angeles City College Foundation and The Ebell of Los Angeles.

She even found time to get back in touch with her arts roots as a board member for the Craft Contemporary.

Janna Harris, who met Stromberg at The Ebell of Los Angeles, said Stromberg has an exceptional talent for juggling work that is important to her.

“She is very dedicated to the community and to the well-being of members of the community. Whether it be the Ebell, or going to work on community issues, or working on political items, she cares a lot and really does a lot for the community,” Harris said.

With three children under the age of 10, finding the time be an active community member is no easy task, but Stromberg said she’s mastered the art of multitasking.

“I will literally be doing three things at once,” she said. “Granted, I am tired and I probably could sleep more, but I get it done. When I don’t have anything to do, or I’m bored, I can’t take it.”

Due to her passion for helping children, Stromberg led an effort to renovate Harold Henry Park to be compliant with the Americans with Disabilities Act. To make the renovation possible, she had to navigate stipulations around the use of Quimby funds, or fees that developers must pay to cities that are then used to develop land or recreational facilities, and the neighborhood’s historic guidelines.

She also wanted to ensure the playground included features for children of all age ranges, which was difficult given the limited space in the park.

“It definitely had its challenges, but the end result was fantastic,” Stromberg said. “If you go to that park today, it’s always full, and it was great to be able to create this beautiful little oasis that has brought so much joy to so many people for so many years.”

Cindy Chvatal-Keane, who has worked with Stromberg through the Greater Wilshire Neighborhood Council, said Stromberg has a tenacious spirit that she applies to every project she works on.

“When she has a cause or something she feels is right, she works extraordinarily hard to have it come to fruition,” said Chvatal-Keane, who is president of the Hancock Park Homeowners Association.

That drive comes naturally to Stromberg. She said it’s just “who she is.”

“I can’t stop helping people,” she said. “I do my best to help, and when I am able to help, it’s amazing. If I can make an impact on just one person, that in itself, to me, is worth every effort.”

Kristallnacht had far-reaching effect during Holocaust