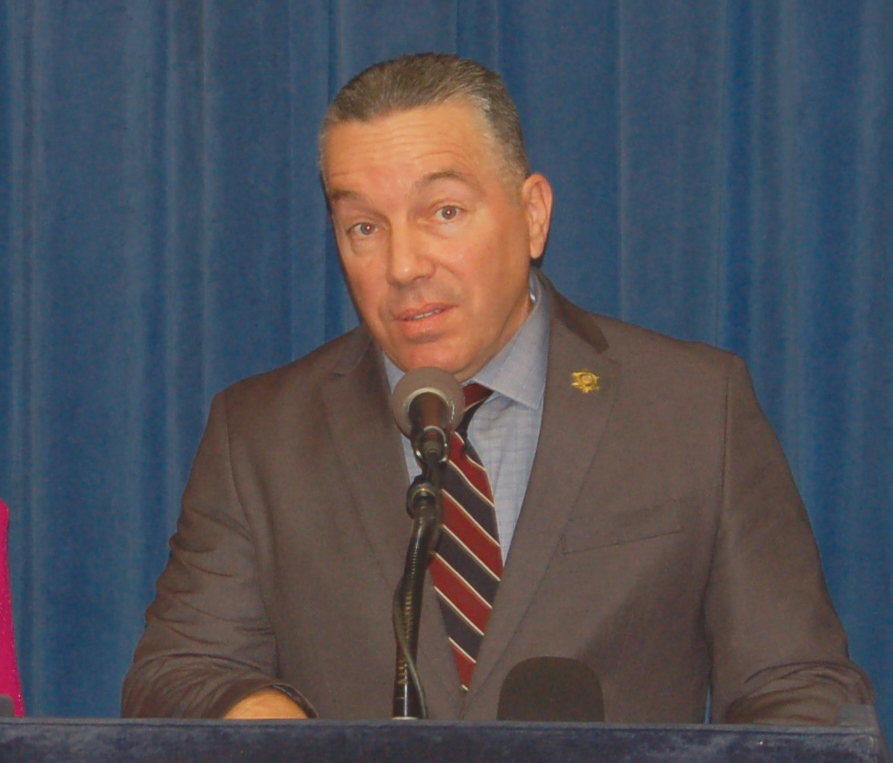 Following an article published in the Los Angeles Times, the city of West Hollywood is sending a warning to the Los Angeles County Sheriff’s Department stating that city funds should not be used for political purposes.

On Sept. 23, the L.A. Times published an article that alleged Sheriff Alex Villanueva is using a special unit to target his political enemies. The article claimed a unit named the Civil Rights and Public Integrity Detail, comprised of nine deputies throughout the county – one of whom is assigned to the West Hollywood station – has pursued an investigation into several political leaders.

Following the article, the Sheriff’s Civilian Oversight Commission directed county attorneys to investigate whether the unit broke the law in pursuing the investigations.

West Hollywood’s resolution, approved unanimously on Oct. 4, directs staff to send correspondence to the sheriff’s department to stress the city’s opposition to the use of public funds and personnel assigned to the West Hollywood Sheriff’s Station for personal and political reasons.

Councilwoman Lindsey Horvath, who sponsored the resolution, said city leaders were unaware of the unit, why it exists and how exactly it is funded. Efforts to target local leaders without legitimate grounds undermine city relationships, she said.

“We need to make sure that there is a practice in place to ensure this kind of political targeting and misuse of public dollars is not happening, that we make it very clear, to the sheriff himself directly, and to the department, that we don’t support it, that we don’t want our station to be anywhere near any of that kind of behavior,” Horvath said.

The resolution also requests a follow up on an audit the City Council requested in response to allegations of fraudulent reporting of personnel hours of work at the West Hollywood Station. A letter was sent to the county on June 7 requesting the audit, but the city has not yet received a response.

The audit, the resolution states, should indicate whether West Hollywood work hours were spent on the political investigations conducted by the Civil Rights and Public Integrity detail. Council members said the use of funds on such investigations would be inappropriate, particularly as budgets have suffered due to economic ramifications of the pandemic.

West Hollywood Sheriff Station Capt. Edward Ramirez confirmed there is one West Hollywood deputy on loan to the specialized unit, which he said is typical practice. In the past year, the department has loaned four or five deputies to various units throughout the county, he said.

The station is receiving backfill funding from the sheriff’s department for the overtime work created by the vacancy.

“I can best assure you that no city funding is being utilized,” Ramirez said. “The sheriff’s department has a long history of using on-loan positions across the entire department.”

Council members said that the use of any deputies for the purpose of investigating whistleblower allegations is improper because most places of employment allow an internal investigation of such claims. Further, they said city leaders should have been notified of the unit.

Ramirez said he also was not aware of the whistleblower investigations, so he was not at liberty to discuss additional information with the city. All he could say is that the deputy from West Hollywood is not being paid with city funds. He declined to share the deputy’s name.

“I don’t know what the investigations entail,” Ramirez said. “I read about them when you read about it in the L.A. Times.”

When the Beverly Press/Park Labrea News reached out to the sheriff’s department for comment on Oct. 5, they were directed to a statement Villanueva issued on Sept. 22, one day ahead of the publication of the L.A. Times article.

“In the article, the reporter will push the narrative that I created this team to attack my political opponents and their appointees. This is false,” Villanueva said in the statement. “The sole responsibility of the sheriff’s department is to investigate allegations of criminal conduct as they are discovered, regardless of how inconvenient it may be to the subject of the investigation. The unit is supervised by the undersheriff, and I have recused myself from all decision making to avoid any potential conflict of interest.”

City staff is planning to host a discussion on community safety at the Nov. 15 City Council meeting. At the meeting, council members will discuss ways in which the city can use alternatives to the sheriff’s department to support local community safety efforts, according to a staff report.