Trading the magical for the mystical 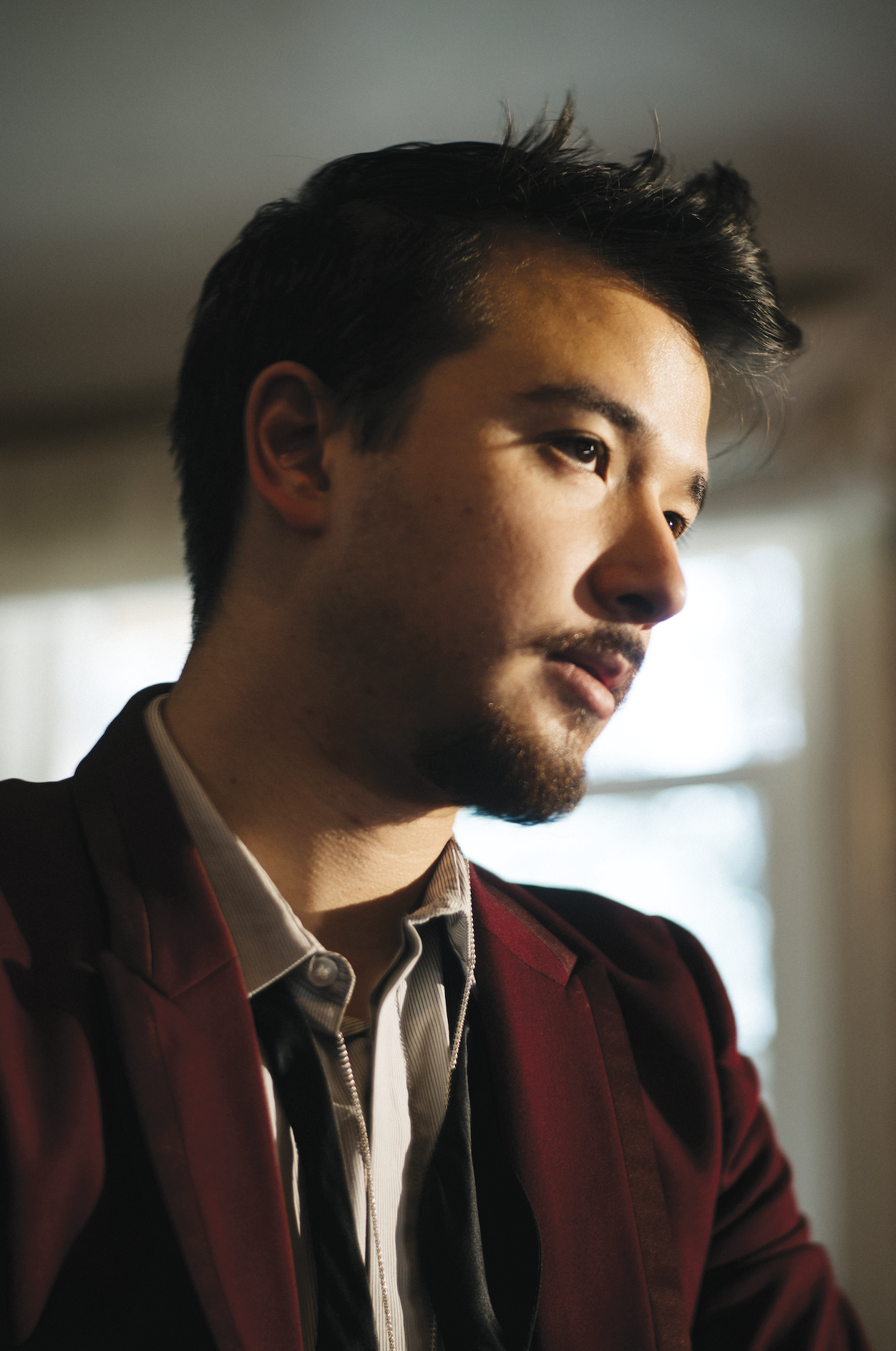 L.A.-based mentalist Jackson Ridd attempts to connect with his audience mentally during each performance. (photo courtesy of Shahin Ansari)

Along bustling Hollywood Boulevard lies a secret door that leads to a speakeasy-style bar where the promise of magic is found in more than just the cocktails.

Those in the know travel through a bookcase within Black Rabbit Rose Magic to find a red velvet-draped barroom where it’s rumored old Hollywood stars such as Charlie Chaplin and Rudolph Valentino frequented during Prohibition. Now it’s home to some of Los Angeles’ wacky, wild and mind-bending performers who act as a link between the mystical and the mundane.

One such performer is Jackson Ridd, a mentalist whose stage work is both perplexing and haunting. Through various simulations, Ridd attempts to forge a mental connection with his audience members.

“I think some people are a little frightened by what I do,” Ridd said with a chuckle. “People often come up to me after shows and say, ‘Oh my God, how did you know that I’m going through a tough job situation,’ or, ‘How did you know I was feeling that.’”

Reflecting on his youth, Ridd remembers frequenting bookstores where he would devour texts about spirits, or sitting in his back yard where he would attempt to connect his mind with his father’s. As he grew, he began learning about pendulums, and casting and divination rituals, such as I Ching.

“I was very into the metaphysical and psychological,” Ridd said. “I loved that stuff as a child.”

However, he never shared his practices with anyone outside of his family. That is, until high school when a classmate showed him a card trick.

“It elicited a similar feeling as the spiritual stuff I’d been studying,” Ridd said. “It was exciting to figure out what was happening and I kind of followed that thread along.”

Ridd joined the Magic Castle’s young adult program at age 16. After learning stage magic and sleight of hand, it was there he launched a 19-year magic career that would take him all over the world.

Though he enjoyed the sleight of hand performances, Ridd said he didn’t always feel he was giving an authentic version of himself. In the past several months, Ridd, at 33 years old, has had a sort of reinvention, boomeranging him back to what started his magical journey: the metaphysical.

“I feel like I was reborn within the last year. I’m starting fresh, but I was able to keep all the wisdom that I had from sleight of hand performances,” he said. “I’m able to translate that into a totally different approach, which is more genuine and honest to me.”

Rather than utilize a prop – whether it’s a coin disappearing or a card changing suit – Ridd now focuses on connecting with the human mind. During his performances, he may guess what card a person is thinking of, or return items taken from audience members he’s never met before the show.

People tend to get the most freaked out, he said, by an act that has him answering audience questions. During the act, Ridd draws slips of paper from a bowl he hasn’t yet touched. On the slip is an audience member’s initials, astrological sign and a question they want answered.

In each instance, Ridd is able to decipher who in the audience wrote the question and what the answer might be. In some cases, he takes it a step further by determining an audience member’s birthday or age.

“This guy is an alien,” one audience member exclaimed. “Yo, he’s really reading my mind right now,” another yelled.

It’s neither, Ridd said. Instead, he gets his answers by connecting with the energy an item or person is emitting.

“I know it sounds a bit unhinged in a way, but I’m trying to tap into whatever a question, or a person or an item is naturally expressing and put that into words,” he said. “It allows me to make that connection from my imagination into the real world.”

Though he often receives positive reactions from audience members, like any magician, Ridd is not immune to the nay-sayers. However, he said he attempts to give his audience an authentic, truthful performance each time he steps on stage.

For him, a successful performance is one in which the audience leaves with a more open mind than they came in with.

“I, of course, hope the audience leaves happy, but I hope they’re able to look at something and maybe question something in terms of the way they thought it should work,” he said. “Whatever their imagination quota was before they came to the show, I hope they leave with it a little bit higher.”

Those hoping to have their mind read can find Ridd at Black Rabbit Rose on most weekends and the Citizens Public Market in Culver City on the second Thursday evening of each month.