The Wiltern, an unlikely nonagenarian 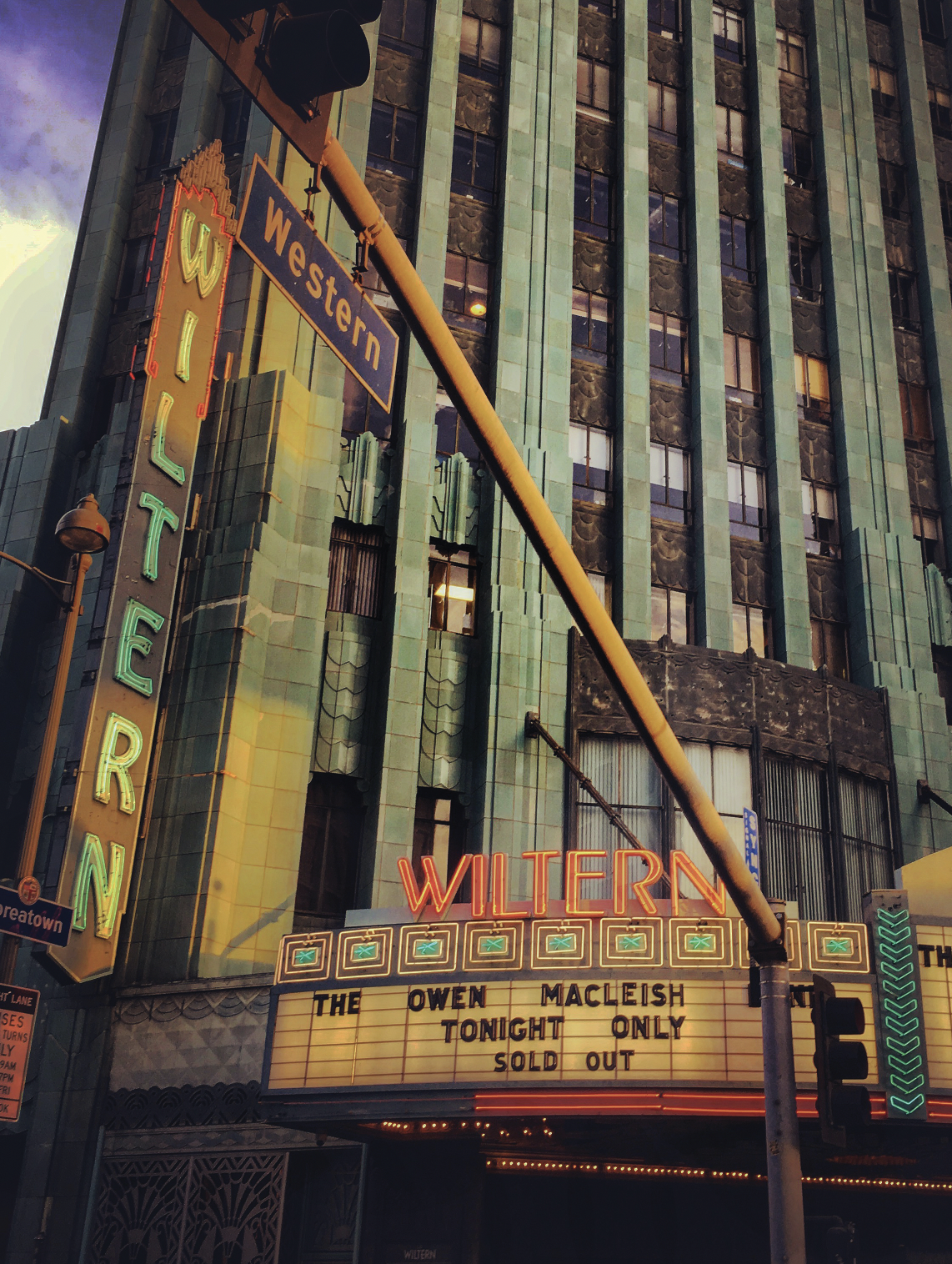 The intersection of Wilshire Boulevard and Western Avenue is constantly changing. A major transportation hub in Los Angeles, the area has evolved to accommodate a populace that is increasingly mobile.

That is except for its southeast corner, which has been dominated by the Wiltern theater for the last nine decades. The 12-story Art Deco venue still commands attention despite the constant commotion around it.

“I think that the Wiltern is kind of the crown jewel of what Art Deco is in Los Angeles,” said Tiffany Nitsche, president of the Los Angeles Historic Theatre Foundation. “It’s very prominent. You cannot miss it. It’s stunningly beautiful, and I think it means a lot to that corridor.”

The turquoise-looking former movie palace opened in 1931 and turned 90 years old on Oct. 7, a feat the Los Angeles Conservancy honored with an Instagram post that read, “Happy Birthday, beautiful!”

The Wiltern will always hold a special place in the conservancy’s heart, as it was among the organization’s first preservation projects. Advocacy director Adrian Scott Fine said the organization officially formed in 1978 and began advocating to save the building in 1979.

“That certainly is a seminal part of our history,” he said.

The effort was pivotal for historic theater preservationists, Nitsche said. In fact, one activist, the late John Miller, would later help create the historic theater foundation alongside Hillsman Wright.

“That movement, I think, changed what it meant to be a preservationist and how to get involved in preservation organizations,” Nitsche added.

At the time, very few people believed that historic theaters had value or could be repurposed in some way, Fine said. The Wiltern’s evolution into a live-performance venue rendered that sentiment obsolete.

“That’s been a model that has been proliferated across the country,” Fine added.

In the 1970s, the owners of the building filed for demolition permits at least two times. Fine said the Wiltern and the Pellissier Building that houses it were “very much at risk for demolition.”

“If we hadn’t been around and there hadn’t been other community groups that came together at that time, the Wiltern that we know and love – and would never think would ever be threatened – would not be standing there today,” he said.

That makes the structure’s birthday all the more special. 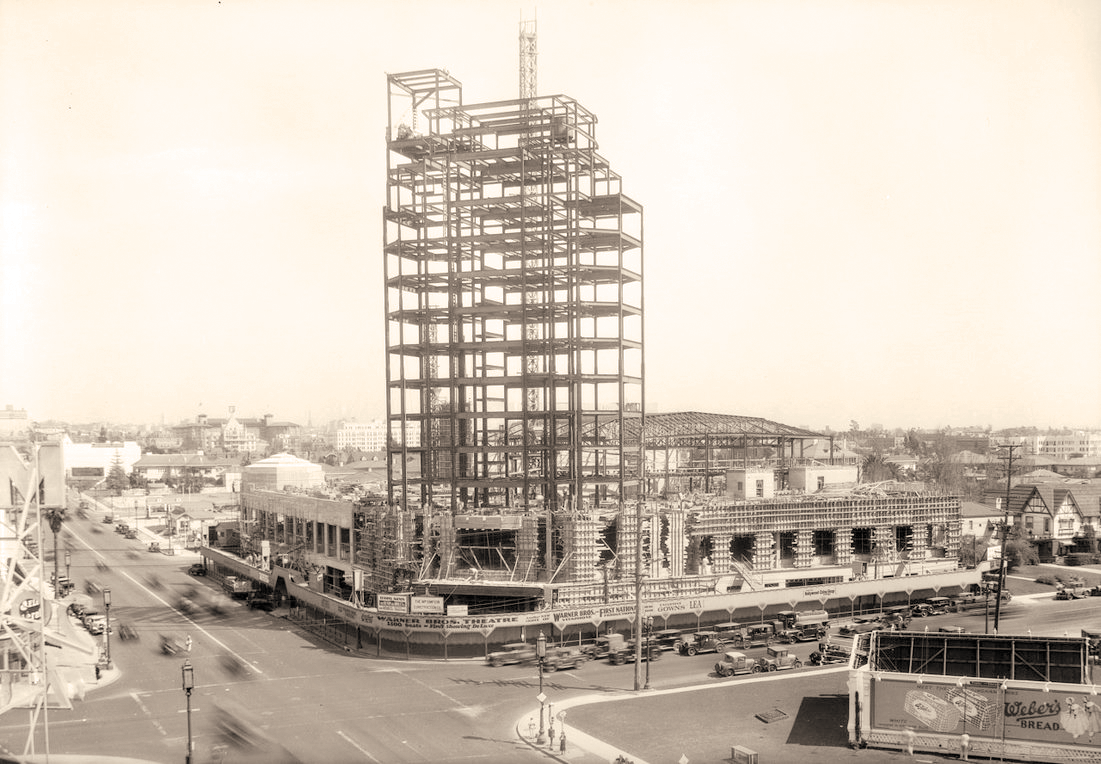 The Wiltern was commissioned in 1929 and officially opened two years later as the Warner Bros. Western Theatre. (photo courtesy of the Los Angeles Conservancy)

“It’s exciting to see that the Wiltern has made it to this anniversary, but there are so many others that this can help inspire and motivate as well,” Fine added.

According to the foundation, the venue was commissioned in 1929 by Henry de Roulet and members of the Pellisier family. Designed by Stiles O. Clements, the Wiltern originally opened on Oct. 7, 1931, as the Warner Bros. Western Theatre. It screened “Alexander Hamilton” on opening night.

However, the excitement was short-lived, as Warner Bros. closed the theater less than two years later. The building reopened a year later. In 1956, Franklin Life Insurance Co. purchased the structure.

The Wiltern closed again in 1979 after years of steady decline. Workers began demolition preparation, and the owners applied to move forward with its removal. However, the Citizens’ Committee to Save the Wiltern and the conservancy began lobbying to spare the Art Deco structure.

Developer Wayne Ratkovich purchased the building in 1981 and began repurposing the Wiltern to host live entertainment. He spent $9.8 million rehabilitating the building. In 2002, Clear Channel Entertainment invested $2 million in renovations at the Wiltern.

Live Nation currently leases the space but could not be reached for comment before deadline. The current owner is listed as 3780 Wiltern Corporation, Fine said.

The Wiltern’s next event, the “Jamie Foxx: Act Like You Got Some Sense Book Tour,” will be held at 6:30 p.m. on Oct. 20. For information, visit wiltern.com.

Spooky Hollywood memorabilia on display in the Dungeon of Doom