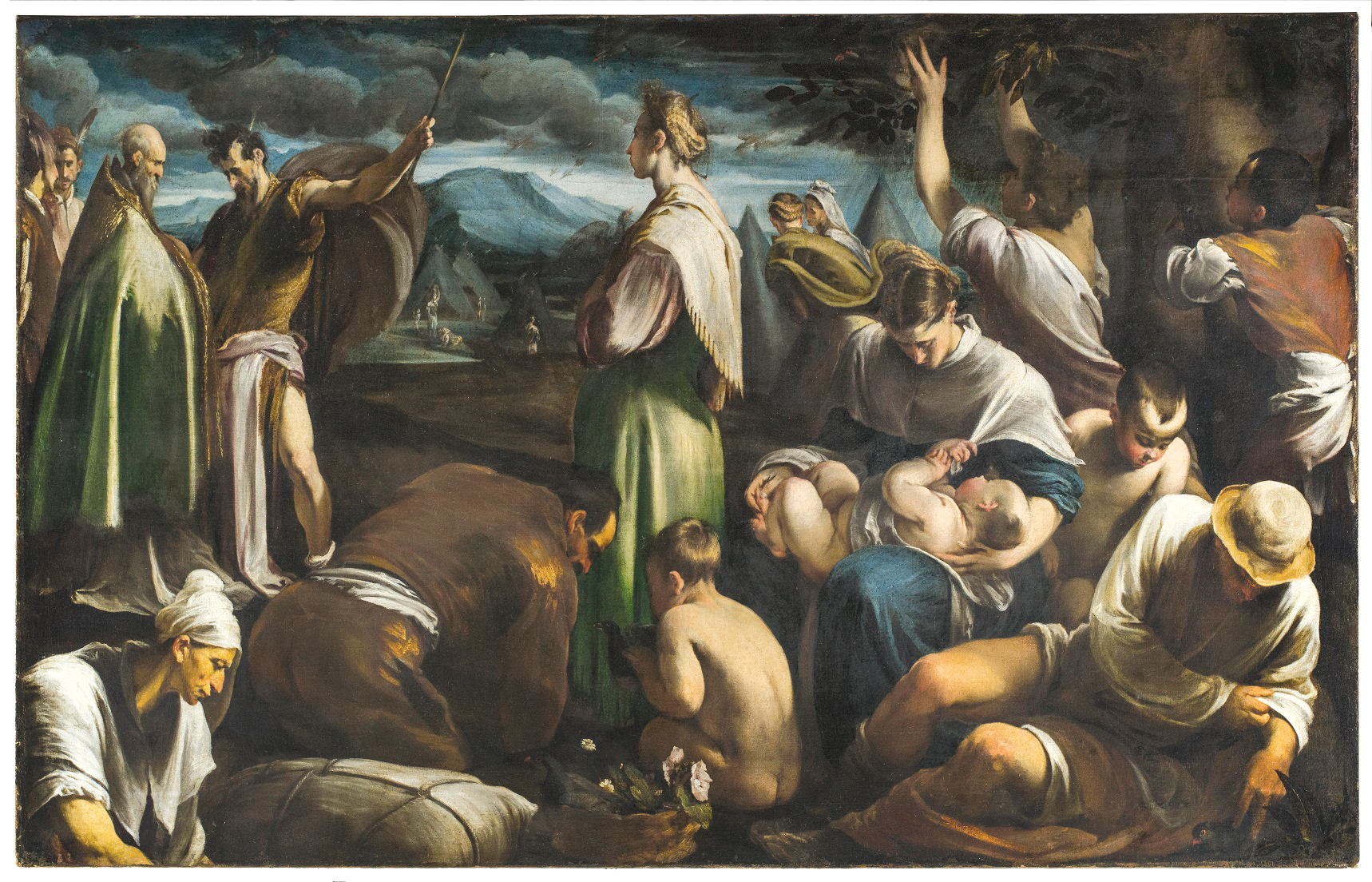 Jacopo Bassano’s “The Miracle of the Quails” will be displayed with works by other master artists of 16th century Venice. (photo courtesy of the Getty Museum)

The J. Paul Getty Museum has acquired a 16th-century painting by Venetian artist Jacopo Bassano (1510-1592) titled “The Miracle of the Quails,” which was created in 1554 and considered to be among the artist’s largest and most ambitious works.

“‘The Miracle of the Quails’ is an exceptional example of Bassano’s distinctive artistic style and his juxtaposing of historical subjects with everyday people in a state of poverty. Although it is widely recognized as one of his most extraordinary artistic achievements, it has been rarely seen by scholars and never by the general public,” said Timothy Potts, the Maria Hummer-Tuttle and Robert Tuttle Director of the J. Paul Getty Museum. “With its grand scale, this striking and daring painting will become a centerpiece of our 16th century northern Italian paintings gallery, alongside works by Titian, Veronese, Savoldo, Lotto and Dossi.”

The painting was commissioned in 1554 by the Venetian nobleman Domenico Priuli. The subject is the Old Testament story of the Miracle of the Quails, mentioned in the books of Exodus and Numbers. A single line from the Old Testament’s text turns into a monumental (the painting is 92 inches long) and complex composition.

In the painting, Aaron and Moses are portrayed on the left in close conversation, while the rest of the canvas is occupied by an animated and naturalistic depiction of the people of Israel. Bassano is perhaps the least known of the great painters of 16th century Venice, which included Giorgione, Titian, Tintoretto, Veronese and Lotto. Increasingly, the artist is being recognized as the creator of some of the most astonishing and original paintings of the 16th century, museum officials said.

“This painting perfectly embodies the genre to which Bassano owed his fame during his lifetime: the depiction of biblical themes with a pastoral character, where realistic details from everyday life are incorporated into compositions of great formal sophistication,” said Davide Gasparotto, senior curator of paintings at the Getty Museum. “Black shadows prevail and deeply resonant colors gleam from thick layers of pigment. Precisely drawn surface details have blurred into roughly applied swaths of loose brushstrokes. This almost abrupt but highly calculated simplicity lends the picture a mysterious and poetic aura.”

The Getty’s collection also includes a portrait by Bassano and a drawing titled “Christ Driving the Money Changers Out of the Temple.” “The Miracle of the Quails” will be on display in the Getty Museum’s North Pavilion galleries, 1200 Getty Center Drive. For information, call (310)440-7300, or visit getty.edu.