‘No Time to Die’ is an emotional ride 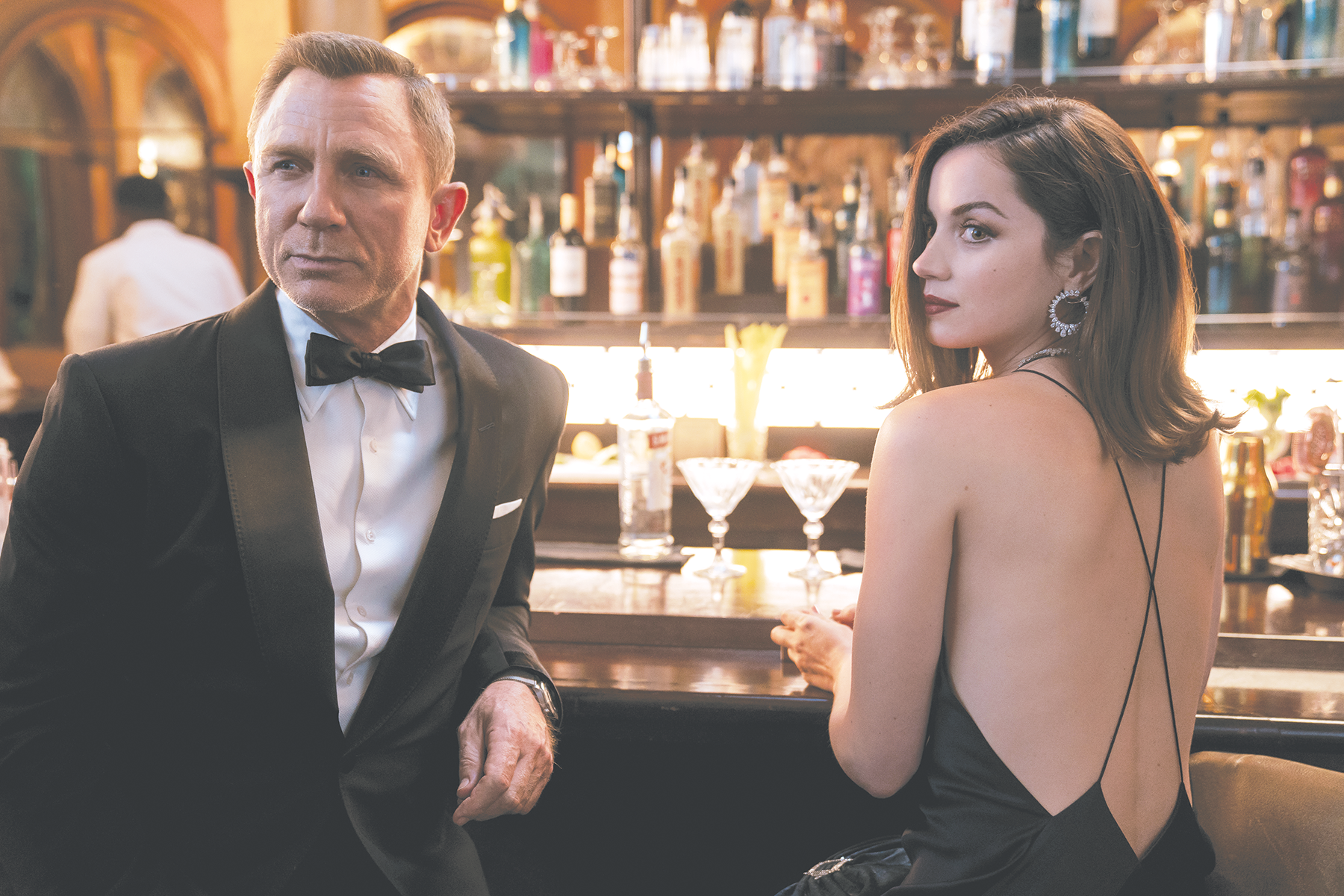 Across five films, Daniel Craig transformed James Bond into the modern hero, more gloomy than enviable, more tragic than cool. Certainly some consider those revisions a betrayal. Shouldn’t the iconic 007, regardless of casting and writers, remain faithful to Ian Fleming’s creation?

For five decades, lighter fare guided the franchise, coming to a shark jump in “Die Another Day,” brimming with far too many hokey choices. Four years later, Craig took the reins, and the rules changed (to a degree).

Gone were the flashy gadgets. Q (Ben Whishaw) wouldn’t arrive until “Skyfall,” and even then, the gizmos would never reach the painful heights of a “ghetto-blaster” bazooka in 1987’s “The Living Daylights.” Like superhero films, a push toward realism would ground even an international man of mystery.

In “Casino Royale,” Judy Dench’s M even chastises Bond for callous seduction that leads to collateral damage. Then he falls in love, only to have that moment of bliss – the second in the character’s history since wedding bells in “On Her Majesty’s Secret Service” – stripped away. The pain of that loss continues even into “No Time to Die.”

James might’ve found love once more come “Spectre’s” conclusion, happily going dark alongside Madeleine Swann (Léa Seydoux), daughter of a man Bond hunted for years. They found love amidst fire, but Spectre seeks to once more pull them apart in “No Time.”

This alone exemplifies how Craig’s tenure strayed from the fold; serialized entertainment is en vogue. Former Bonds embarked on singular adventures never to look back. James’ former bride was only mentioned once in any subsequent films. But the mystery established in “Royale” continued until “Spectre.”

Those four films felt like a complete set, while “No Time to Die” considers one last piece of the puzzle: can a man with so much blood on his hands find happiness? Once the mission is over, trauma still remains, and James still can’t shake what he endured.

Alas, he must work through those personal demons whilst a new threat vies for Spectre’s place as the biggest big bad in the world. Their elusive leader, Lyutsifer Safin (Rami Malek), has a unique connection to Spectre, but he doesn’t show his face for some time, like 75 minutes into the film (an odd choice for a movie that heavily marketed Malek’s role).

Until then, he’s an elusive presence one step ahead of MI6 and even the CIA’s Felix Leiter (Jeffrey Wright), whose return nicely bookends Craig’s run.

Once Malek’s memorable makeup comes into focus, the Oscar winner delivers a creepy performance without much motivation. Frankly, the Craig films only succeeded with two villains, Mads Mikkelsen’s Le Chiffre and Javier Bardem’s Silva. Safin parades as complex, but devolves into a simplistic, sadistic foe.

This is part of “No Time’s” other challenges. In its attempt to wrap it all up, both thematically and for those surviving characters, things get spread a bit thin. Heavily marketed Paloma (“Knives Out’s” Ana de Armas) is an electric contribution to the 007 canon, but she arrives and vanishes after a sequence.

And MI6 agent Nomi (Lashana Lynch) could be an interesting character to build upon, but with no plans for spin-offs or continuing this Bond universe, her role is secondary, serving mostly as a comparison between the new, fresh faces in the 00 program and Bond’s own brand of justice.

As for the familiar faces, Q, Moneypenny (Naomie Harris), M (Ralph Fiennes) and Tanner (Rory Kinnear), all characters dating back decades, enjoy a fair share of screen time to bid the series adieu, while a few references and subtle Easter eggs pay homage to others so foundational to these films.

While “No Time” is clunky at points, uneven at others during its near three-hour runtime, it never feels dull. The action scenes land exceptionally well, and Bond even strips away at some of the stoicism that serves as a crutch for the character.

It doesn’t have the absurd action intensity of “Quantum of Solace,” the most pea-brained of the bunch, or the grandiose, artistic feel of “Skyfall,” but what it lacks in any other category it makes up for in sheer concern for its characters.

There’s a high degree of anxiety watching this one. This is the most in-depth Bond to date. He can and has grown, and changed. Those around him have died before, and more still might meet a similar fate. The stakes for the world and the soul of a rather broken man are much higher.

Awards recognize a talent for education