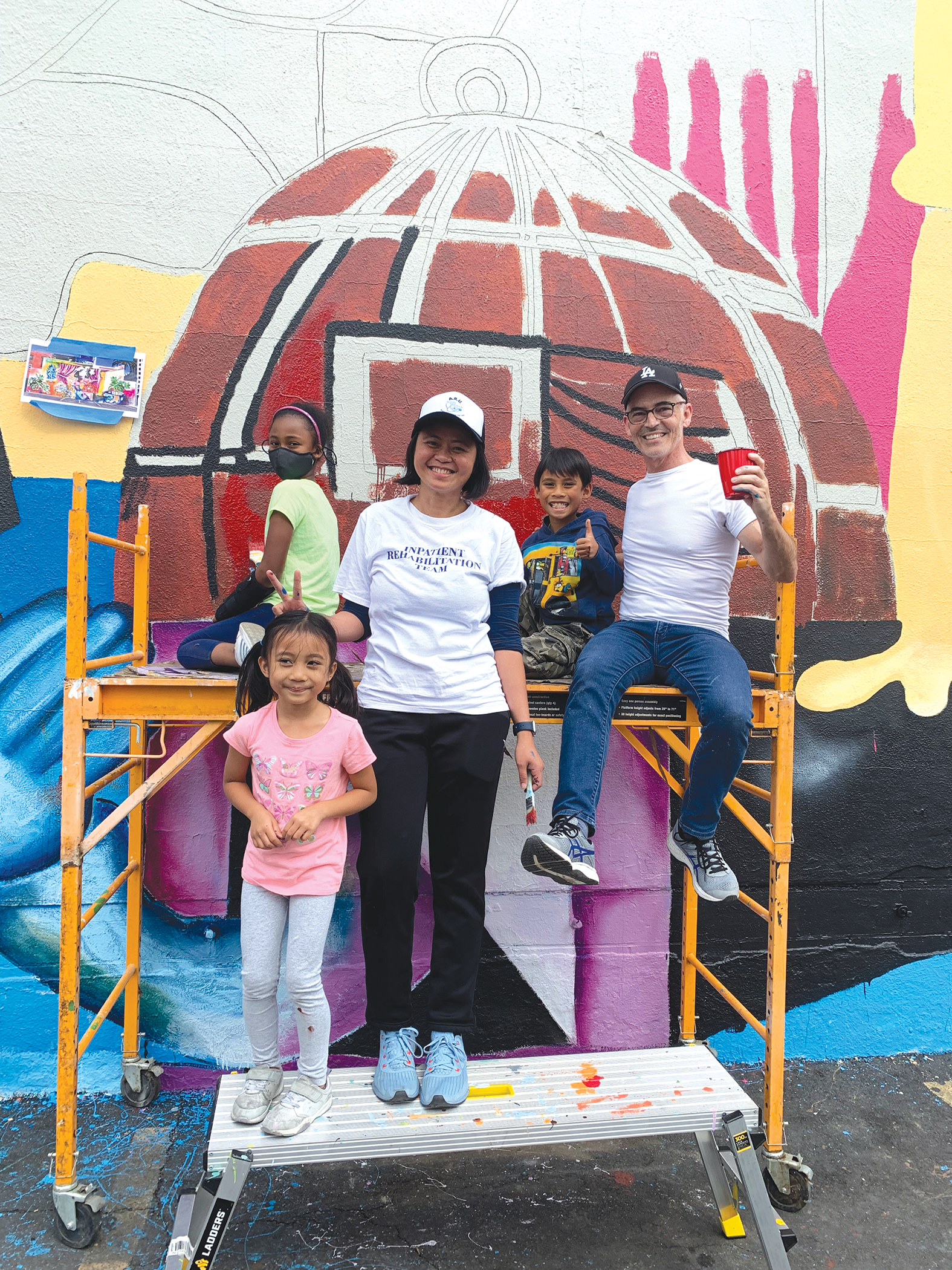 Los Angeles City Councilman Mitch O’Farrell, 13th District, joined community members and artist Alexandra Nechita to paint a mural on Oct. 24 behind a building housing Souvenirs of Hollywood at the corner of Hollywood Boulevard and Highland Avenue. The building is located at the southwest corner of the intersection and the mural faces its parking lot.

The mural is primarily visible to people traveling north on Highland Avenue, O’Farrell’s spokesman Dan Halden said. It was funded by the Hollywood Partnership, which operates the Hollywood Business Improvement District and Hollywood Entertainment District, and was created in partnership with the nonprofit Art Bridging the Gap. For information, visit artsbridgingthegap.org and cd13.lacity.org.