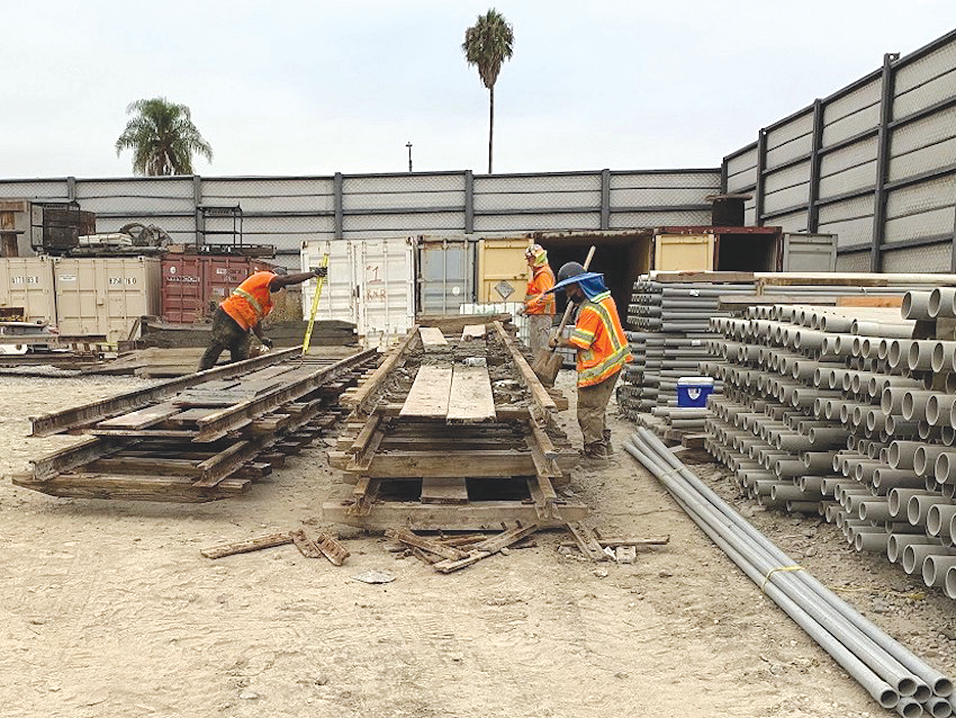 Temporary rails were removed from subway tunnels and will be repurposed for other projects. (photo courtesy of Metro)

At the western end of the project in Westwood, crews will be driving piles into the ground near Wilshire Boulevard and Gayley Avenue from 10 p.m. on Oct. 8, through 9 a.m. on Oct. 10. The steel piles will support the underground structure of the future Westwood/UCLA subway station.

In Century City, excavation for the future Century City/Constellation subway station is ongoing, as well as support for tunneling. Crews are relocating sewers and storm drains through early 2022 and partial traffic lane closures will be required overnight on Avenue of the Stars. Vehicle access on Constellation Boulevard will be maintained between Century Park West and Century Park East.

In Beverly Hills, construction is continuing at the Wilshire/Rodeo and Wilshire/La Cienega subway stations. Underground work is occurring on the stations and appendage structures, which are rooms and passageways that house vital systems. Concrete and material deliveries to the La Cienega station are expected to continue, and lane closures on Wilshire Boulevard will be necessary between San Vicente and La Cienega boulevards. Left turns from Wilshire Boulevard to North Gale Drive and South Tower Drive are restricted.

Due to reduced parking in the area from construction, Metro is providing replacement parking from 10 a.m. to 3 p.m. at 8447 Wilshire Blvd. and 8350 Wilshire Blvd. The first hour will be validated free by mentioning Metro upon entering the structure.

Crews have been removing temporary rails used in the subway tunnels between the Wilshire/La Brea and Wilshire/Western stations before permanent rails are installed. The temporary rails will be repurposed for other projects.

Danish String Quartet will perform at The Broad Stage