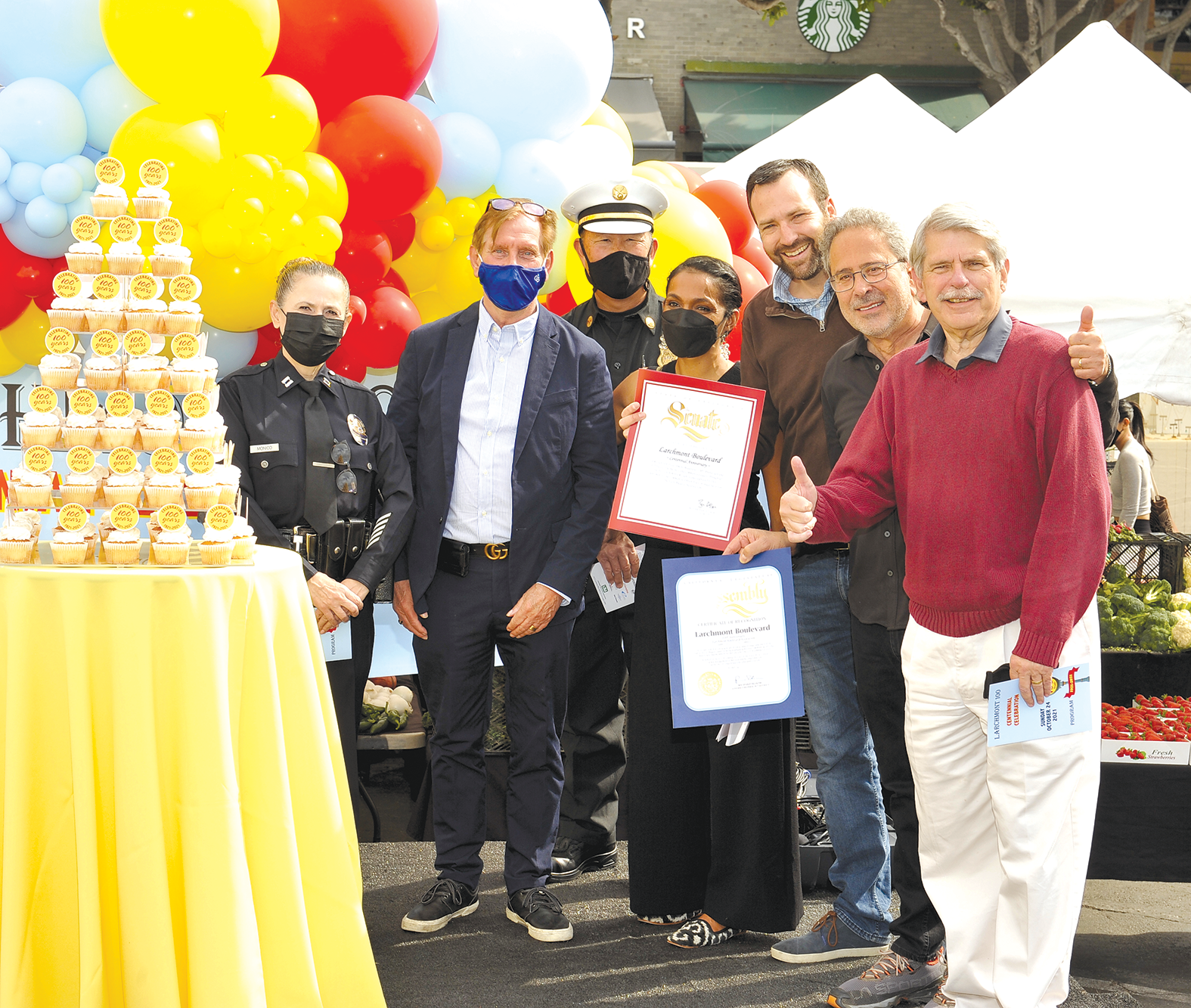 Larchmont Village traces its roots to the late 1800s and became a thriving suburb by 1920. Midwest transplant and ironworker Julius La Bonte developed the area known as Larchmont Village beginning in 1921 after seeing the benefits of a business district in the emerging community.

“My father always had a very clear idea of what Larchmont Boulevard should be,” La Bonte’s daughter Charlotte La Bonte Lipson said. “It was the first neighborhood shopping center in Los Angeles.”

La Bonte built a district that included 30 stores, including a movie theater, gas station, dry cleaner, hair salon and multiple clothing boutiques. It was later used in films featuring some of Hollywood’s biggest stars of the period such as the Three Stooges and Buster Keaton.

The heritage of Larchmont is still visible today, thanks to beloved small businesses like Chevalier’s Books, which opened in Larchmont in 1940, making it the oldest independent bookstore in Los Angeles. Larchmont is also home to restaurants and eateries such as family-owned establishments like Larchmont Wine and Cheese, as well as a thriving farmers’ market.