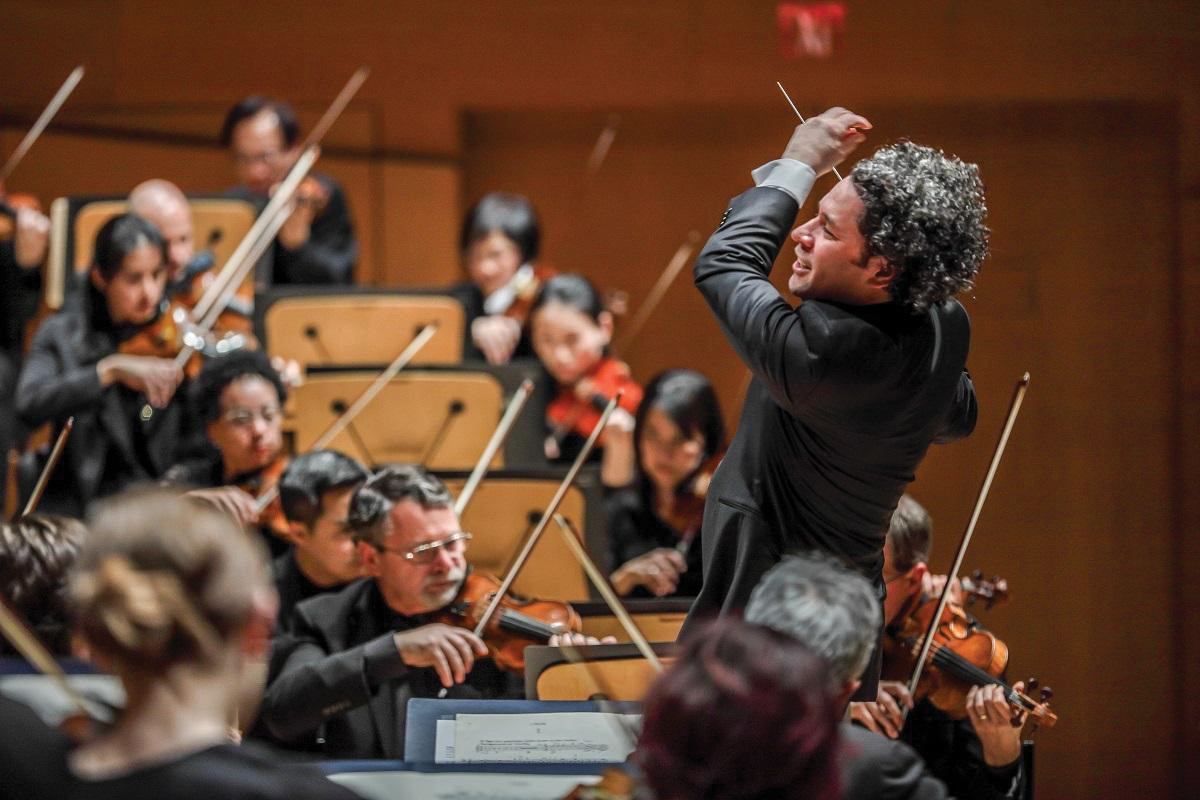 In addition to its season of performances, the LA Phil will also host festivals and introduce new art installations. (photo courtesy of LA Phil)

This season’s humanities efforts include several new art installations and festivals, as well as the release of a book celebrating the Hollywood Bowl’s centennial.

The LA Phil humanities program began in the 2019-20 season as an outgrowth of the organization’s longtime commitment to curator-driven festivals, visual arts projects, publications and partnerships with area cultural institutions.

“The LA Phil Humanities program takes the work on our stages as a starting point for a larger cultural conversation,” humanities director Julia Ward said. “By inviting a diverse range of guest curators, artists and partner organizations to reflect on the themes of our concert programming, our humanities efforts seek to contextualize the LA Phil’s work in thought-provoking ways, delve deeply into subjects that matter in contemporary society and provide new points of entry into our art form.”

In anticipation of the return of live music at Walt Disney Concert Hall, the LA Phil invited artists Chris Kallmyer and Kaneza Schaal to create art installations reflecting on the moment of homecoming for display in and around the venue. The installations – one physical and one virtual – join Janet Cardiff and George Bures Miller’s “Thought Experiments in F# Minor” as visual art interactions with the theater space.

Created by Kallmyer, “Song Cycle” is a series of speculative scores that explore the presence of music in everyday life. Part imagined, part remembered and part observed, the installation’s text is continually inscribed and reinscribed by a 256-character split-flap sign reminiscent of the arrival and departure boards found at airports and train stations. “Song Cycle” utilizes code-driven randomization to produce its never-ending song.

“Song Cycle” will be on display in the Grand Avenue Lobby of Walt Disney Concert Hall through Dec. 31.

Conceived by Schaal and designed by Christopher Myers, “EVERY VOICE” is an augmented reality sculpture and accompanying musical composition that can be viewed at the corner of First Street and Grand Avenue, in front of Walt Disney Concert Hall’s main entrance, via viewers’ smartphones.

“EVERY VOICE is an homage to Augusta Savage’s ‘The Harp,’ a monumental work destroyed after its presentation at New York’s World Fair in 1939,” Schaal said. “It is a welcome back to audiences, an incantation of lost voices and a reminder to bring them with us.”

The piece features musical contributions from Schaal, Kenita Miller, Justin Hicks, Camilla Ortiz and Ian Askew. It will be on view from Nov. 19 through the duration of the LA Phil’s 2021-22 season.

The LA Phil also will host several festivals throughout its season, including the Gen X Festival, which will run from April 18 through May 10. The festival’s humanities programming will be curated by Karen Tongson and Wynter Mitchell-Rohrbaugh, hosts of the Waiting to X-hale podcast, a queer and woman-of-color-driven podcast exploring the pop culture and transformative social issues that defined Generation X.

The Power to the People! Festival will run from May 30 to June 12 and celebrates the role artists have played and continue to play in advancing social change, civil rights and humanitarian causes. Poet, musician, actor and filmmaker Saul Williams will act as the humanities curator, helping to shape the LA Phil’s exploration of the spoken word’s role in helping find liberation and inspiration.

In conjunction with the Hollywood Bowl’s centennial celebration in 2022, the LA Phil will publish “Hollywood Bowl: The First 100 Years,” written by Derek Traub with a foreword by Gustavo Dudamel. Traub uses many lenses to reveal the history of the Bowl, while positioning those who love the venue as a continuation of the story.

Tar Pits will host panel discussion on significance of the museum