‘Dune’ is the epic journey promised 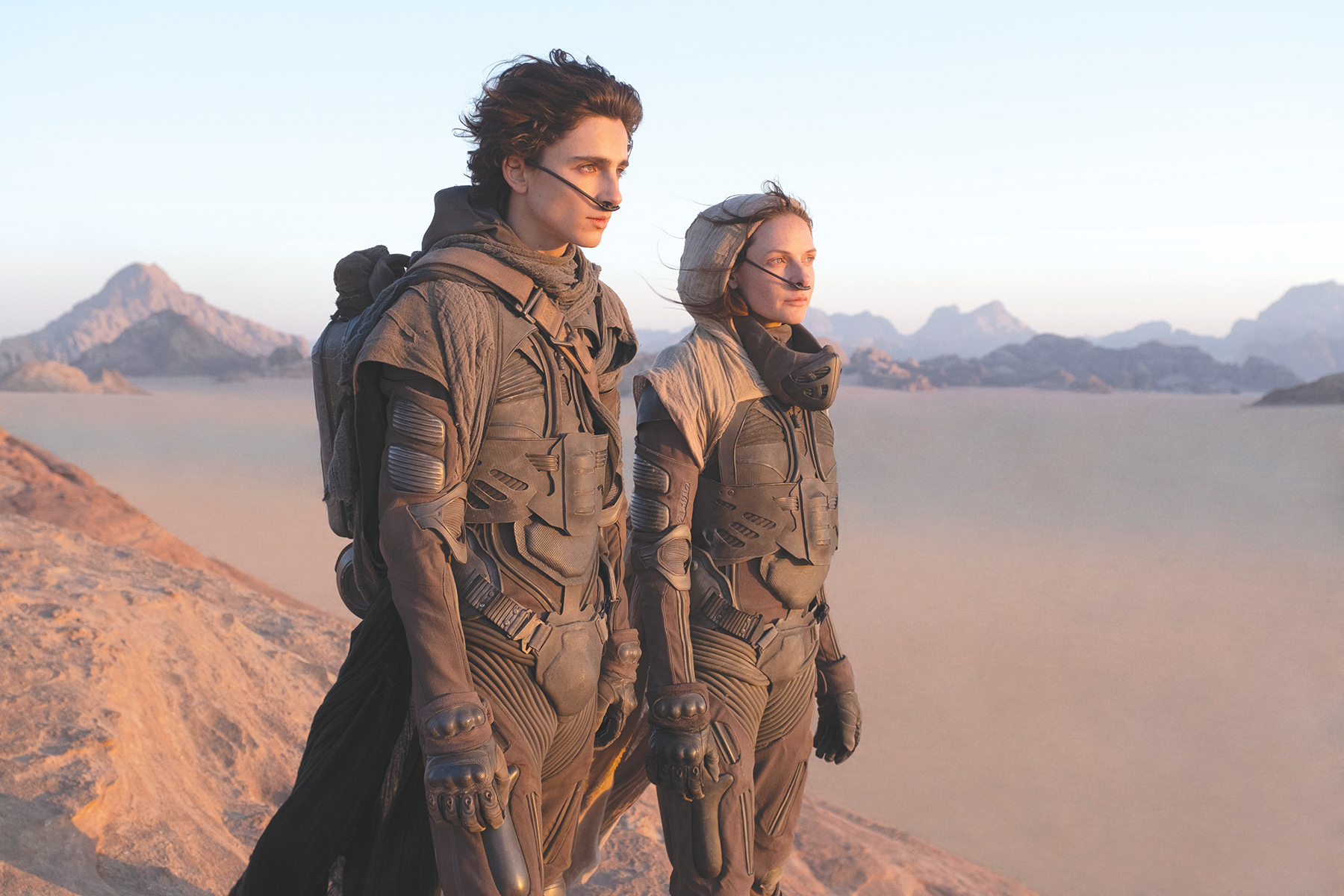 For a sci-fi opera set some 20,000 years in the future, “Dune’s” complex, intergalactic story is a unique multigenerational product, dating back to the first novel’s debut in 1965. Over the next couple decades, several sequels would arrive, along with the first big-screen adaptation.

Even after original author Frank Herbert passed, his son would continue the “Dune” saga, whilst a couple Syfy channel miniseries would expand on what the former film attempted. “Dune” is for diehard fans, requiring readers and viewers to track a lotta exposition that doesn’t rollout easy for the uninitiated.

That might seem like a death sentence for a blockbuster film, but the “Game of Thrones” generation knows this challenge well. Perhaps that helped “Dune: Part 1,” the audacious film name to appear at the film’s start, finally earn a sequel, officially announced on Tuesday. Thank the stars too because this one is a slow burn that barely covers half of Herbert’s novel.

David Lynch’s “Dune,” featuring Sting as a central villain, is ostracizing, a one-two punch of weird and campy in all the Lynchian ways imaginable. This “Dune” does everything possible to erase the past.

With a $165 million budget, sand planet Arrakis, called Dune too, comes to life, especially when House Atreides arrives as its new ruler, bringing all those incredible spaceships and sci-fi gizmos that make the genre so enticing. In this futuristic setting, great houses rule planets at the pleasure of the emperor. Previously, House Harkonnen, longtime enemies of Atreides, ruled the planet and oversaw production of indigenous spice, which makes space travel much faster.

For unknown reasons, the emperor ousts the Harkonnens, but their plotting, led by the villainous Baron Vladimir (Stellan Skarsgård), is already underway by the time Duke Leto I (Oscar Isaac) of House Atreides reaches the planet, family in tow, attempting to get spice production back on track.

Are you tracking thus far? That’s the bulk of the premise, but the central protagonist Paul Atreides (Timothée Chalamet) undergoes his own transformation as both the son of royalty on dad’s side and Lady Jessica (Rebecca Ferguson), a member of the mystic female order the Bene Gesserit. Jessica took a huge chance having a boy and teaching him her people’s special abilities, including a unique fighting style called the Weirding Way, and the Voice, which allows him to control the actions of others.

“Dune” is a cocktail of interstellar politics and pluralism, directly addressing the horrors of colonialism. Part 1 spends most of its time on the political, as well as sand, landscape, hinting more on cultural dynamics ready to kick in for the second installment when Paul encounters Arrakis’ indigenous population, the Fremen.

And with that comes a warning: While major actors like Javier Bardem, leader of the Fremen, and Zendaya, a Fremen named Chani who narrates the film’s opening and often appears in Paul’s dreams, play heavily into the film’s marketing, their screen time amounts to less than 10 minutes. That’ll change moving forward, but it does make for deceptive expectations.

All that to say “Dune” is heavy, but it’s also remarkable, gorgeously told with eye-popping set pieces. This isn’t a shock considering the director, Denis Villeneuve, who has leveled up quite a bit in the past eight years, from thrilling dramas (“Prisoners,” “Sicario”) to mesmerizing science fiction films, including best pic nom “Arrival” and “Blade Runner 2049.”

Not every choice makes for riveting cinema. Top among them is a casting blind spot. Herbert’s “Dune” series appropriates Arab aesthetics, and this film doubles down on that – especially through the film score by Hans Zimmer – but it does so without any Arab inclusion. The film is certainly more diverse than the first film adaptation and miniseries, but it settles for a more colorblind approach.

To a degree, this galaxy is multicultural, subtly implied when characters use sign language or speak Mandarin. But on Dune, one particular cultural experience dominates in tone without a single leading or supporting cast member to match.

Instead, Earth apparently traversed the galaxy over the millenniums, freed from racial boundaries to a degree. Science fiction has often been guilty of this sin, more willing to create green or purpose characters than cast those beyond commonly represented groups.

It’s troubling to enjoy a film this much – it is one of the best sci-fi flicks in ages – but be haunted by something that should be such an easy choice. The story calls for it. Hopefully this week’s green light for a sequel means the filmmakers will take note of the many online resources calling for a story with more representation of cultural appropriation.

Leads still sought in murder on subway in Hollywood