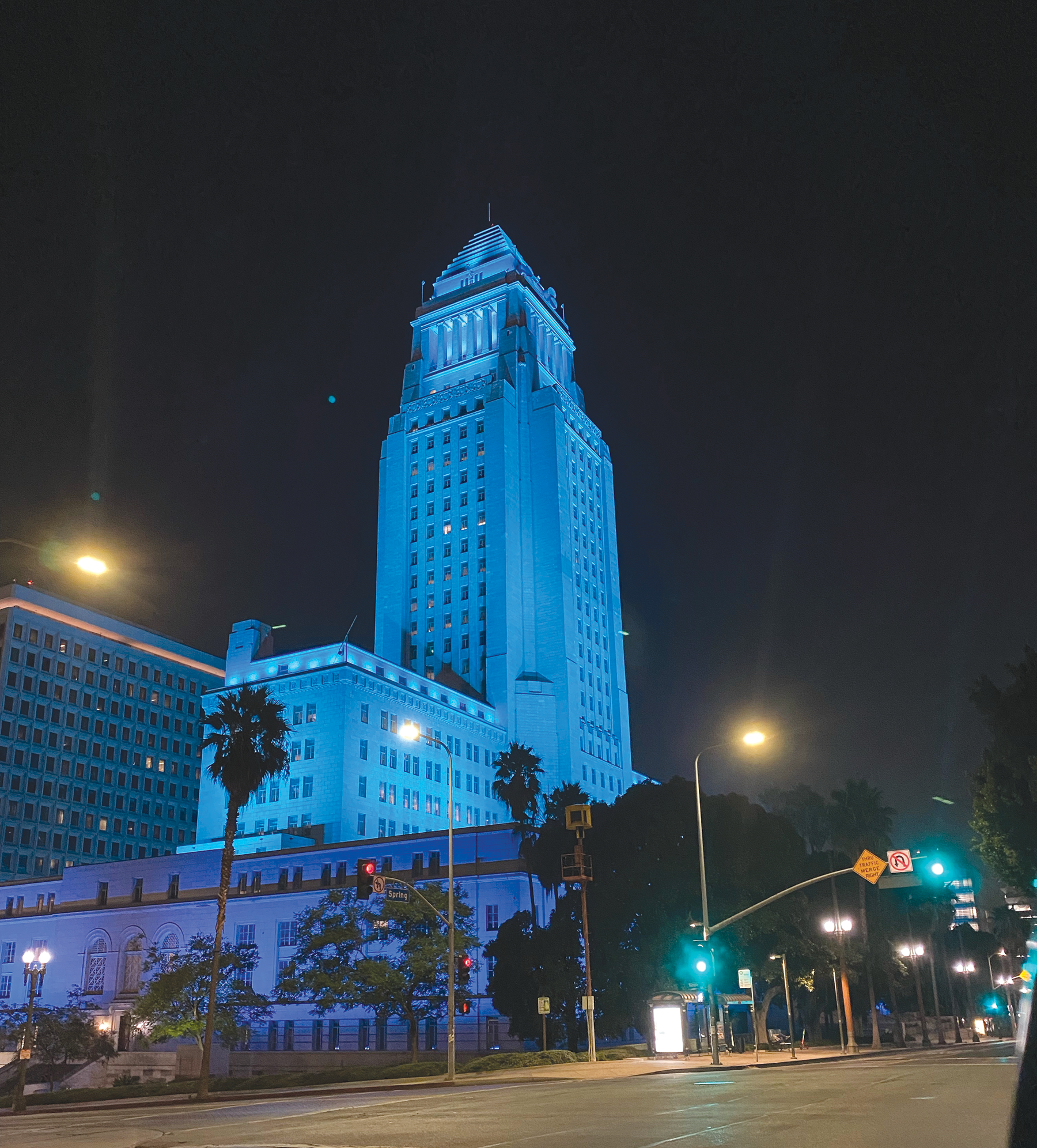 “Ovarian cancer is a quick and silent killer, showing no symptoms before it’s too late,” Martinez said. “This Ovarian Cancer Awareness Month, let’s recognize both the women who have fought and beat this disease, as well as the families who lost their loved ones, as we recommit to supporting scientific research into cures and treatments. We have seen so much progress in the battle against ovarian cancer, but there still so much work to be done.”

Ovarian cancer is one of the deadliest gynecologic cancers. More than 22,000 women are diagnosed each year, and the disease has a 50% mortality rate. For those who recover, there is a 50% chance of recurrence.

“It’s so important that we keep the ovarian cancer conversation going about this illusive and deadly cancer,” Koretz said. “Women need to know the symptoms and notify their doctors at the earliest onset because early detection is the key to survival.”

The illumination of City Hall is inspired by the nonprofit Ovarian Cancer Circle/Inspired by Robin Babbini, which was co-founded by Paulinda Babbini, UCLA gynecologic oncologist Dr. Sanaz Memarzadeh and ovarian cancer survivors.

“Ovarian cancer can happen to any woman of any age,” said Babbini, whose daughter Robin died from ovarian cancer at the age of 20. “Women should know that while annual pap tests determine cervical cancer, it does not detect ovarian cancer. In fact, there is no early detection test for the disease other than a CA 125 (a test that measures the cancer antigen 125 protein), which is not always accurate. That’s why women need to be aware of the symptoms.”