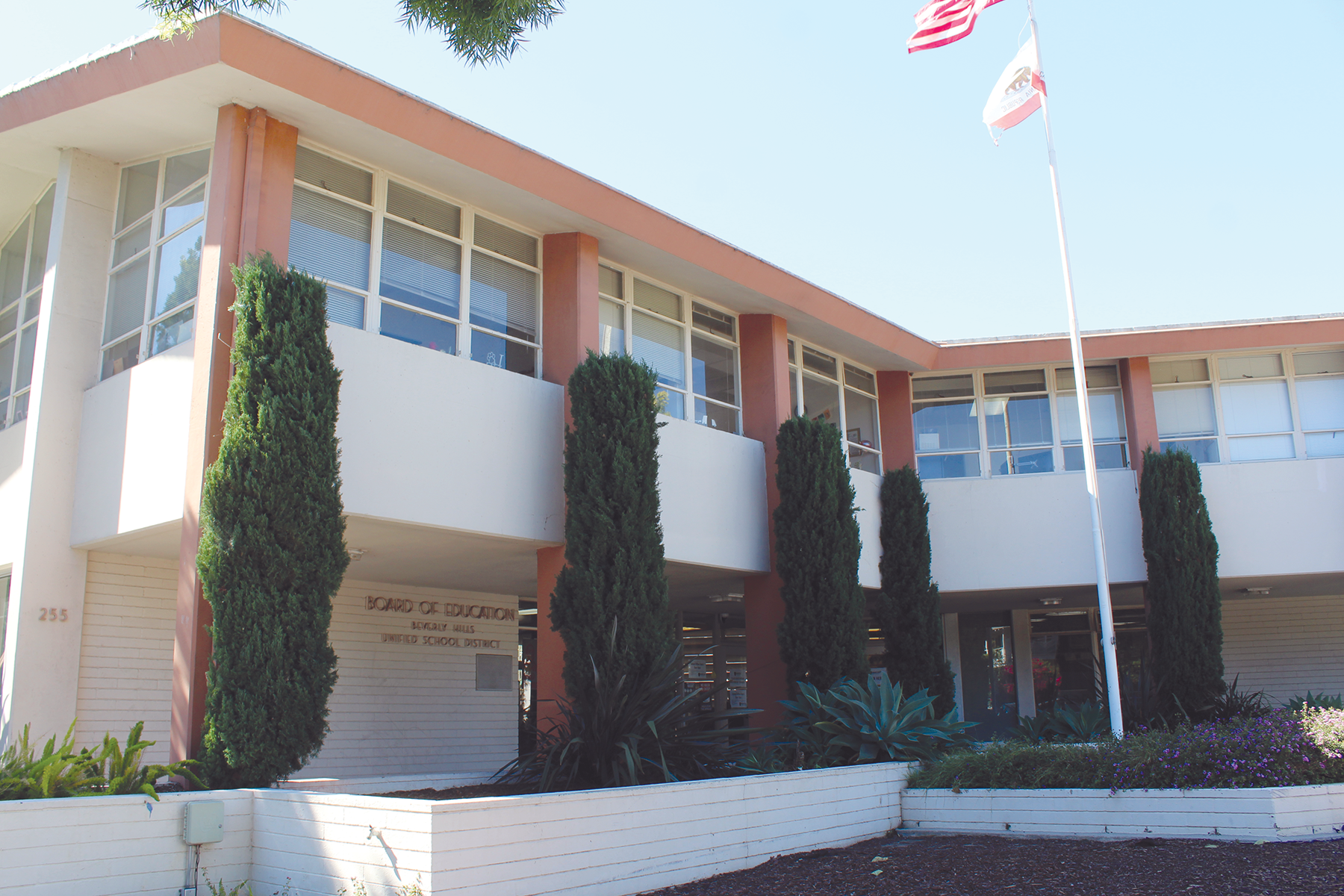 The Beverly Hills Unified School District Board of Education has until Nov. 21 to appoint a new board member. (photo by Brynn Mechem)

The Beverly Hills Unified School District Board of Education has selected eight applicants to interview in its effort to fill the vacancy created after Vice President Tristen Walker-Shuman resigned in September.

“For those watching, I do just want to say that I appreciate all 20 people that applied to step up to serve your community,” board member Noah Margo said. “… We can only choose one, but hopefully there’s an election next November, so please keep us in mind. We’ll always be here.”

Amir-Salkin is a retired physician who has lived in the district for 25 years. She has children enrolled in BHUSD schools but has no previous governing board experience. Amir-Salkin has volunteered in several capacities, including as a member of the Beverly Hills Education Foundation from 2015-19.

An attorney/advisor for PhilmCo Media and Audacious Philanthropy, Friedman has children enrolled in Beverly Hills schools and has lived in the district for 13 years. She has served on several for-profit and nonprofit boards, such as Safe Place for Youth and the Beverly Hills Education Foundation.

A former BHUSD board member, Goldstein is an attorney at the Law Offices of Howard A. Goldstein, APLC. He served on the board from 2013-18 and twice served as president. Goldstein currently chairs the district’s Facilities and Construction Committee. He does not have children enrolled in the district but has lived in Beverly Hills for 30 years.

Halimi also previously served on the board – as a student board member in 1999 and 2000. He is the CEO of Flo Technologies Inc., general manager of the Consumer Connected Channel and vice president of Smart Transformation for Fortune Brands Global Plumbing Group. Halimi does not have children in the BHUSD and has resided within its boundaries for less than one year.

An attorney for NBCUniversal, Lifson’s children attend BHUSD schools, and she has lived in the district for 18 years. Lifson does not have previous governing board experience but has volunteered at multiple events at Beverly Hills schools over the past few years. She said participating in civic activities has been a recent goal.

Manouchehri is a self-employed transactional business and real estate attorney who has children in Beverly Hills schools and has lived in the district off-and-on for 20 years. She is an executive board member for Beverly Vista Middle School and a school site committee member at Hawthorne Elementary School.

Myers is an attorney at Berjis | Myers PLC and has resided in the district for more than two years. He has a child who attends school in the district but has no previous experience on a governing board. However, Myers serves on the preschool advisory committee at his child’s preschool and has interviewed for the BHUSD Citizens’ Bond Oversight Committee.

A physician for Southern California Permanente Medical Group, Reitman has children who attend BHUSD schools and has lived in the district for nine years. Reitman participated in Superintendent of Schools Michael Bregy’s Think Tank prior to this school year and serves on the Hawthorne Elementary site committee.

The board must make an appointment by Nov. 21, or the Los Angeles County superintendent of schools, Debra Duardo, will be required to order a special election. However, the public could still petition to fill the vacancy via special election at district expense, which would cost approximately $1 million or more, according to the Los Angeles County Office of Education.

Board members agreed to further discuss the interview process at the regular meeting on Oct. 26. Margo suggested that the board begin interviews during the first week of November in hopes of having the vacancy filled by Nov. 21.

Voters can petition for a special election within 30 days of a board appointment. According to the county office of education, petitioners would need to provide 343 signatures to the office, which would then forward them to the Los Angeles County Registrar-Recorder/County Clerk for validation.

“While he has just moved back into the community, I think he has a good idea of what’s going on and also a good idea of how the board works,” Ramer said. “I think that previous experience on the board, even as a student board member, would be beneficial.”

Dr. Amanda Stern also lobbied for Halimi, as well as Goldstein and Friedman, who Margo also praised. Board President Rachelle Marcus said she could not support Goldstein due to issues between the two during his time on the board.

Additionally, the board voted to appoint Mary Wells as its newest vice president. It also approved a motion to transform the position into vice president/clerk. Previously, Bregy had served as the board’s clerk.

Hitch a two-wheeled ride in Hollywood