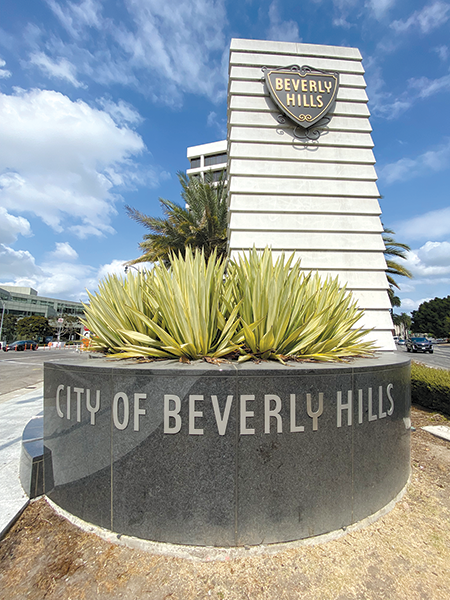 Although Beverly Hills is well known for its high-end real estate, its elected officials on Oct. 12 discussed at length how to make the city’s housing stock more accessible to lower-income residents – through the state’s housing element law and its own inclusionary housing ordinance.

The Beverly Hills City Council approved the city’s 6th Cycle Housing Element for 2021-29 and the ordinance, which came to fruition through a study session orchestrated by then-Mayor John Mirisch. The now-councilman Mirisch voted against it on Tuesday.

“There’s really no need for us to engage in bigger developer giveaways [than the state already provides],” he said.

He added that other jurisdictions, like the city of Santa Monica, require higher percentages of inclusionary housing in new developments, and that Beverly Hills should be a leader on the issue.

“Certainly, Santa Monica, you can’t say that’s a low-income place. … So really, if we care about affordable housing, and we all say we do, we should be looking at the upper end,” he said.

The ordinance requires new development projects with five to nine residential units to include at least one affordable or low-income unit or pay a fee that ranges from $58 to $105 per square foot.

For development projects that propose more than 10 residential or condominium units, a minimum of 10% of the units should be rented to very low-, low- or moderate-income households. Applicants can provide the inclusionary units at a different location in Beverly Hills.

Additionally, the city will set the maximum rent and sale prices allowed for inclusionary units annually.

According to the ordinance, inclusionary units must be “reasonably placed” and balance possible “economic and physical design constraints” to the maximum extent possible. Generally, they must be comparable to market-rate units in design and appearance.

The ordinance established the city’s Affordable Housing Trust Fund, which will be used to support the city’s lower-income housing needs.

At the end of 2019, the council voted to adopt an urgency ordinance that created inclusionary housing regulations. In 2020, it extended the ordinance through Dec. 16, 2021. Vice Mayor Lili Bosse said those approvals were some of the “smartest things that we’ve done as a council.”

“I know that we will continue talking about this, but I am prepared to support this as proposed,” she said.

“I think it’s a topic that is ripe for unintended consequences,” Wunderlich added.

On a similar note, the housing element aims to help municipalities plan to accommodate the housing needs of a community through general plans. The city’s Regional Housing Needs Assessment, which was created by the state, called for Beverly Hills to accommodate more than 3,100 residential units.

“I think this process, in general, and I’ve said this before, is inherently flawed and in some ways punitive,” Mirisch said. “So, if you have nothing nice to say, it’s probably better to be quiet. So that’s what I’m going to do now. I want to thank you for all your hard work. It is what it is. We do the best we can.”

According to the draft document, the city will facilitate “an inclusive community” by ensuring that all development applications are reviewed without prejudice, accommodating people with disabilities, working with the county to implement housing plans and facilitating the placement of qualified residents into affordable housing units.

Further, by the end of 2023, the city will develop a fair housing action plan that will provide fair housing training for staff, update the planning commission on fair housing issues, develop a website for fair housing resources and study and amend city code regarding incentives for the construction of multi-family housing for the elderly and disabled.

The city will also look into ways to provide more flexibility for accessory dwelling units, and city staff will report annually to the planning commission and council about the status of such units in Beverly Hills.