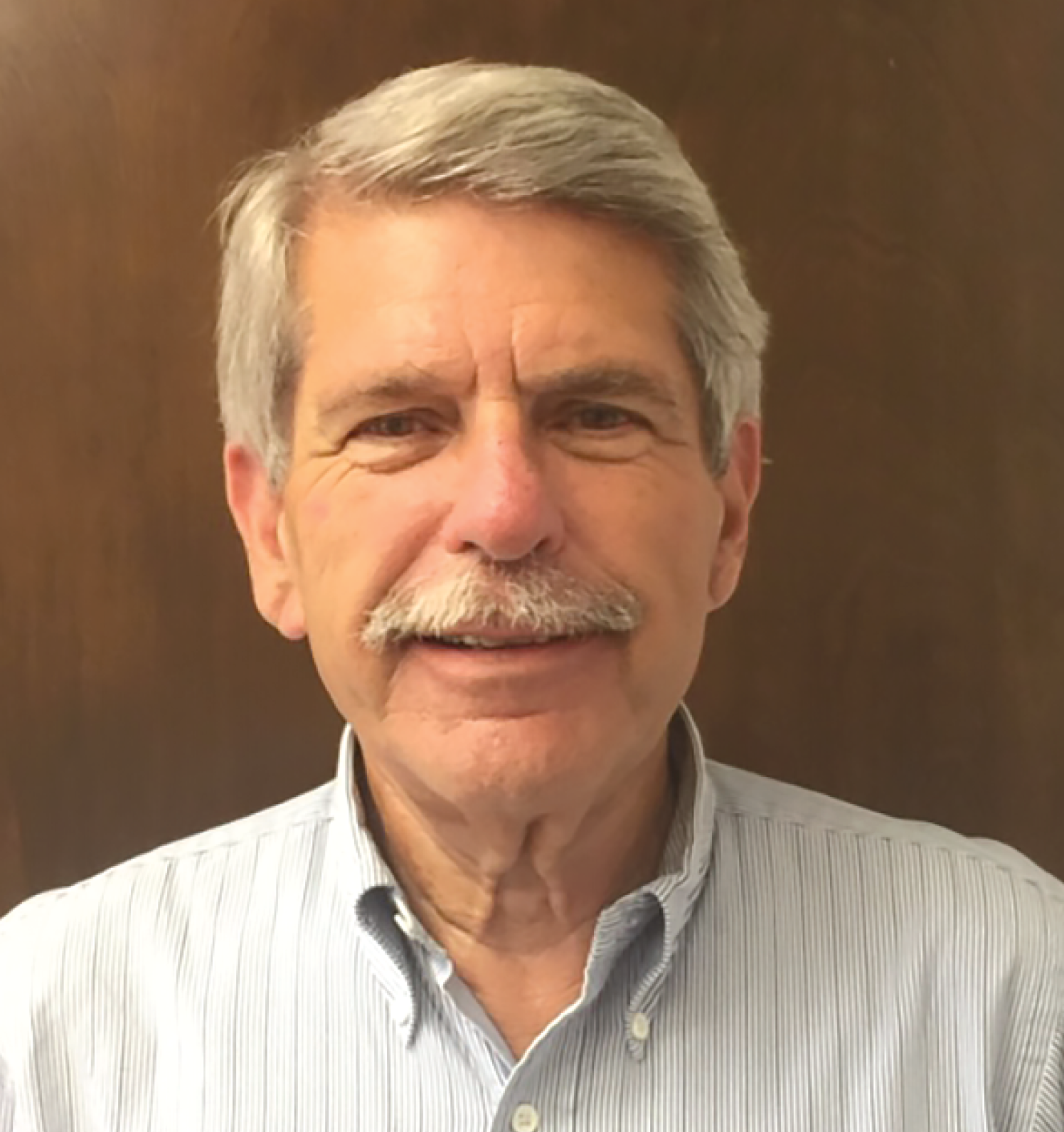 When my parents moved from Boyle Heights to Martel Avenue and Melrose in 1956, the neighborhood was relatively quiet. Two decades earlier, the Fairfax area was not fully developed. Many residential lots were still bean fields which characterized the area in the first part of the last century.

When we arrived, Melrose Avenue was a quiet commercial street with an occasional restaurant, liquor store or five and dime store. Traffic was light and the adjacent tree-lined residential streets had plenty of parking. The main neighborhood institutions were the iconic Farmers Market and Gilmore Field (at Beverly and Ogden Drive), the home of the Pacific Coast League’s Hollywood Stars minor league baseball team.

But cities are not static organisms. Almost organically, they change to meet the needs of an evolving population. In the run-up to, and aftermath of World War II, the area’s population grew.

Nestled between Hollywood and Beverly Hills, both businesses and residents were attracted to this spot. In the early 1950s, the CBS television network built its west coast headquarters, Television City, at Beverly and Fairfax. It was previously the site of Gilmore Stadium, a 30,000-seat football and multipurpose field.

The Miracle Mile took shape as one of the most improbably successful commercial strips in the entire city of Los Angeles. Disconnected from any freeway offramp or public transit system, department stores, movie theaters and restaurants that served this community took up residence between La Brea and Fairfax. And in the mid-1960s, the county of Los Angeles chose the Miracle Mile as the home of its art museum – LACMA.

In the mid-1970s, after the merger between Cedars of Lebanon and Mt. Sinai hospitals, the new Cedars-Sinai Medical Center opened to great fanfare. The campus has continued to expand and provides critical trauma and emergency medical services, as well as important medical research. Today, it is one of the largest employers in our community. The super block bounded by Beverly, San Vicente, Third Street and La Cienega was a popular amusement park and a pony ride. In 1981, they were replaced by the Beverly Center.

After WWII, the Jewish population that had called Boyle Heights home began to move west.

The Beverly-Fairfax area attracted a large portion of them in search of affordable home ownership, as well as religious and cultural institutions. Beverly and Fairfax was considered one of the centers of L.A.’s Jewish community. Fairfax Avenue between Beverly and Clinton was populated with Jewish delis, bakeries, book stores and kosher butcher shops. Fairfax High School’s student body was 90% Jewish, and the school all but shut down for the High Holidays.

Most of the residents at that time were raised in the Great Depression era. It was heavily democratic, and FDR was idolized. One October day in 1960, my dad drove me by the Fairfax Theater on my way back from school. The marquee read: “MRS. FDR, HERE TONIGHT.” Eleanor Roosevelt was in town to speak for John F. Kennedy at a campaign rally at the theater. I decided to ride my bike over there and listen to her. When I arrived, the crowd was already overflowing onto Beverly Boulevard. I snuck in through the theater’s back door and watched from stage left as Mrs. Roosevelt addressed the frenzied audience.

She was given a rousing welcome. After all, Roosevelt was a god in the Fairfax area. Actually, God was a Roosevelt.

When my late wife, Barbara, and I were married, we decided to buy a home here for three reasons: It was affordable (we had saved enough money to make a down payment on our house), we loved the neighborhood’s character and it was centrally located close to all of the institutions that were important to us. We were 20 minutes from downtown, where I worked; 20 minutes from UCLA, where Barbara worked; and 20 minutes from LAX. Today, it takes 20 minutes just to get from La Brea to Fairfax, but we never regretted our decision. 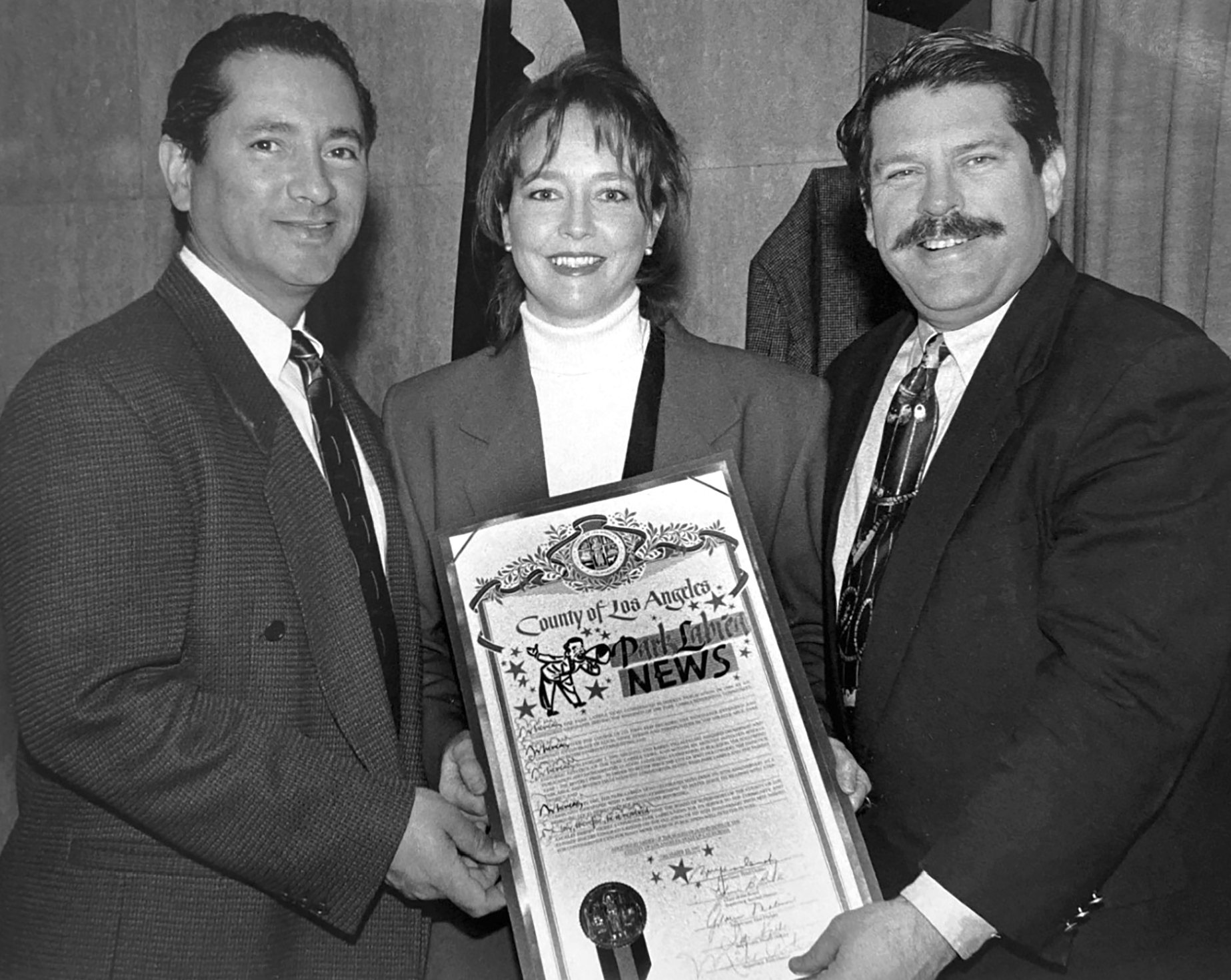 Zev Yaroslavsky presented publishers Michael and Karen Villalpando with a proclamation on their 7th anniversary as publishers in 1997. (photo courtesy of Los Angeles City Council)

In recent decades, new developments, such as The Grove, have been built in this area. The Miracle Mile, which had an anemic period in the 1970s and ’80s, got a new lease on life. New development took root, as the area became even more attractive to employers and residents. Over time, the Roosevelt generation gave way to younger ones, and old businesses gave way to new ones that catered to a new clientele. Melrose became a funky, two mile-long retail strip, drawing people from throughout the world. The area’s Jewish population has diminished as the area has become more heterogeneous.

Our neighborhood continues to profoundly change. The subway that will connect downtown to the Miracle Mile, Beverly Hills, Century City and Westwood is now under construction below Wilshire Boulevard. It will be opened in phases over the next several years. Television City is proposing a major expansion on its campus that will bring more television production ( one of our city’s hometown in­dustries) along with high tech facilities. It will also add traffic to our congested streets. And LACMA’s massive replacement project is now under construction.

These changes are an expression of confidence in the Fairfax community, and that is a good thing. But there is always a danger that the proverbial goose that lays the golden egg will meet its demise here. The challenge of balancing development with our capacity to handle it is complicated and difficult. Protecting our small businesses and our fixed-income renters is as important today as it was decades ago. Most of the Fairfax area’s change has occurred in moderation over the decades, and that’s what has maintained its attractiveness. I consider myself lucky to have lived here for 65 years, all the while within eight blocks of our original Martel Avenue home. It was also my privilege to represent this special community in county and city government for 40 of those years.

The Beverly Press and Park Labrea News have been part of this area for the last seven decades. In an era where met­ropolitan newspapers are shrinking their community coverage, and online news is king, the Beverly Press’s weekly newspaper brings us important news about our neighborhood and the people and institutions who make it up. As a loyal and regular reader of this publication, I salute your journalism and congratulate you on your Diamond Anniversary.