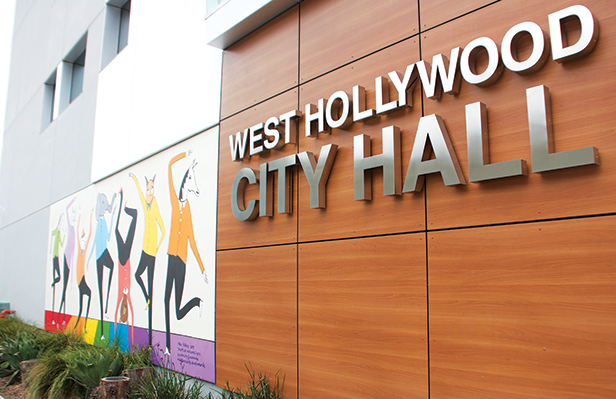 West Hollywood City Council is considering an ordinance that would raise the city’s minimum wage. (photo by Jose Herrera)

As early as Jan. 1, many workers throughout West Hollywood could see an increase on their paychecks.

The West Hollywood City Council on Aug. 31 directed staff to prepare an ordinance that would increase the city’s minimum wage and living wage over the next several years. The ordinance will be brought before the council at its Oct. 18 meeting.

“I’ve seen what minimum wage standards and poverty level wages have caused. That’s a lack of health care, a lack of security,” said Councilman John Erickson, who made the motion. “We’re not doing anything radical here. We have to find a compromise and move forward.”

The City Council directed staff to study the effects of increasing the wage in subsequent years.

Assistant to the City Manager Janet Jimenez said the potential benefits of increasing wages include improved morale and health, reduction in employee turnover and an increase in the average earnings of workers, which leads to a reduction in income inequality.

Potential costs, she said, could include employers substituting workers with labor-saving technology, increasing the price of goods to cover the additional cost or leaving the market altogether.

During two workforce meetings hosted ahead of the Aug. 31 meeting, workers said that an increase in the minimum wage would help many workers absorb the increasing cost of goods and eliminate the need to get a second job. Many said the pandemic has left them with little to no savings.

“Since the pandemic, there has been an increase in cost for gas, rent and food,” West Hollywood resident Olga Aquino said. “It’s been getting harder to make ends meet. Higher wages would help support us all.”

In addition to the citywide minimum wage increase, the ordinance would also increase the city’s living wage, which applies to city contractors. Currently, the city has more than 400 contracts with social service providers.

Councilman John D’Amico said it’s not fair to pay employees who have health care through their employer less. Often, employees have a portion of their paycheck withheld to cover a portion of the cost, he said.

To help solve the imbalance, the new ordinance would make the city’s living wage at least $19.35 with no distinction regarding health insurance. At the October meeting, staff will present the fiscal impacts the increase will have on the city budget and social service agencies.

Although council members acknowledged it may be tough for businesses to adjust their pay scale quickly as they’re recovering from the pandemic, Mayor Lindsey Horvath said the step was necessary to ensure employees’ livelihood.

“I appreciate that we need to be sensitive about this as businesses are getting back up and running,” she said. “But I also think we all want to make sure that the jobs that people are going back to are ones that afford them a livelihood and allow them to take care of themselves and their families.”

All eyes on Melrose Avenue