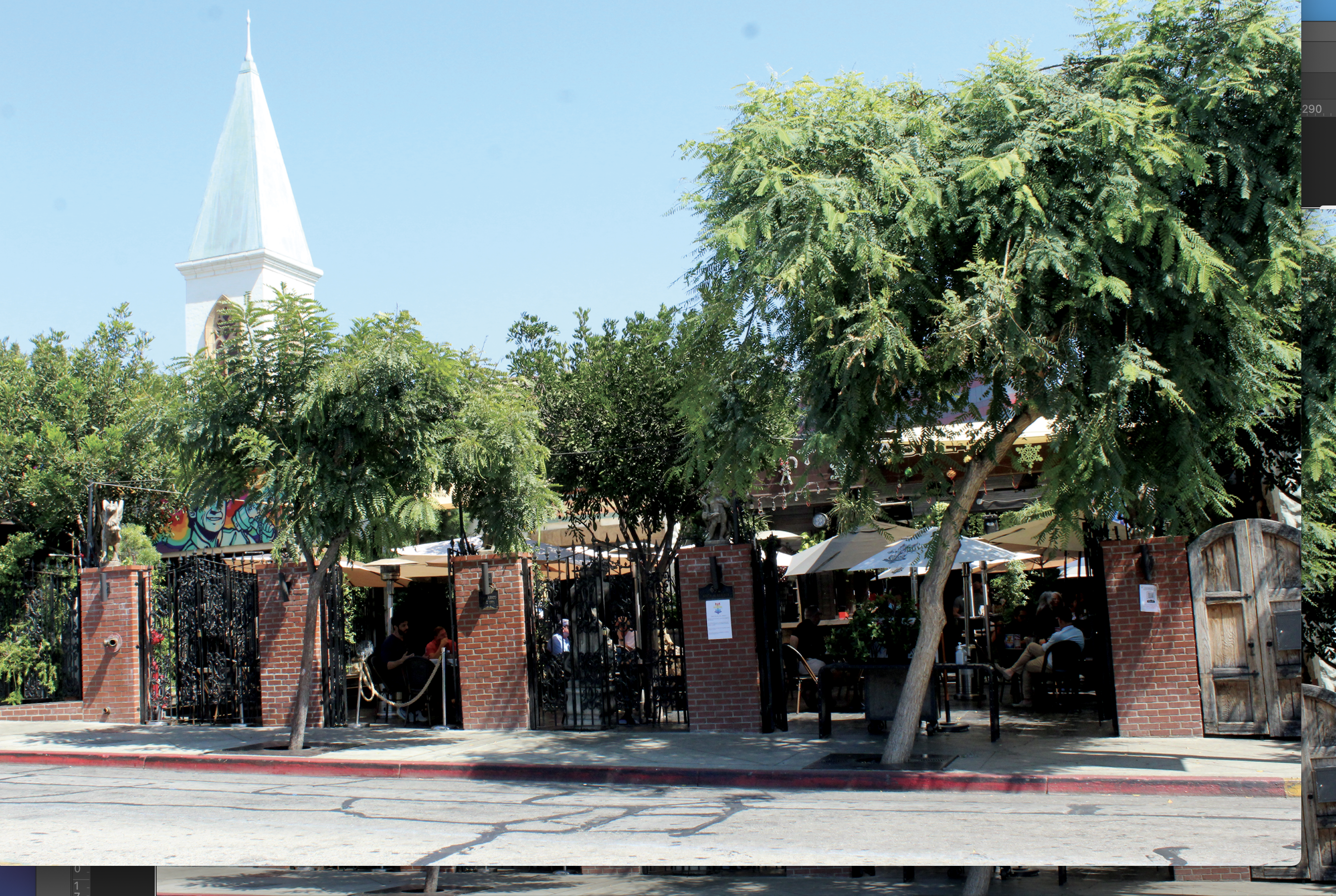 Some West Hollywood restaurants such as The Abbey instituted a vaccination mandate before the city. (photo by Brynn Mechem)

No later than Oct. 11, businesses must require all patrons ages 18 and older to show proof of full vaccination before entering any portion of the facility. Covered businesses include any establishment where food or drink is served indoors, health and fitness facilities and personal care establishments such as salons, spas and tanning parlors.

“Vaccination requirements for entering certain spaces are an alternative approach to stringent public health measures,” the ordinance reads. “‘Vaccine mandate’ does not mean ‘involuntary vaccination.’ Rather, such programs impose consequences on individuals who refuse to get vaccinated, such as not allowing access to certain places.”

Under the executive order, acceptable forms of proof of vaccination include a Centers for Disease Control and Prevention vaccination card, a printed photo or copy of the card, a photo of the card stored on a phone, documentation of vaccination from a health care provider or a personal vaccine record issued by the state.

Los Angeles County on Sept. 15 announced that it will begin requiring proof of vaccine in select high-risk settings by Oct. 7. Such settings include mega events and indoor portions of bars, wineries, breweries, nightclubs and lounges.

The new order will require customers and employees of high-risk establishments to have at least one dose of the vaccine by Oct. 7 and both doses by Nov. 4.

West Hollywood resident Daniel Jones said that although he’s in favor of the vaccine, a vaccination mandate could cause more burden on struggling establishments because it could deter some from conducting business in West Hollywood.

“The mandate claims that exemptions can exist, primarily by conducting your business outside, but that is not realistic. How many manicures did you see outside in the past two years?” Jones said. “Businesses are already struggling, trying to recover and hire enough employees to even stay open.”

Under the mandate, businesses must also “use their best efforts” to ascertain the vaccination status of staff and, no later than Nov. 1, must ensure that staff who routinely work onsite provide proof of full vaccination before entering or working in any indoor portion of the facility. Staff under the age of 18 will not be required to show vaccination status.

A few businesses throughout the city have already enacted vaccination mandates, with some success. The Abbey began requiring proof of vaccination or a negative COVID-19 test on July 30.

Although the restaurant has seen some negative reactions for enforcing safety protocols, general manager Todd Barnes said most members of the public are supportive. Some neighboring businesses also began instituting a ban, and The Abbey collaborated with Beaches, Trunks and Hi Tops to host mobile vaccine clinics.

“The response from the community has been overwhelmingly positive. Even those we turn away understand why,” Barnes said. “We are grateful and proud of the neighboring businesses who joined us in instituting the ban. We’re glad the city is mandating this for all similar businesses now.”

The order comes after the West Hollywood City Council on Aug. 16 directed city staff to draft a formal mandate. The city council will ratify the order at its next meeting on Sept. 20.

The mandate also pertains to all city employees, including interns, volunteers and temporary employees. No later than Nov. 1, city employees and contractors must show full proof of vaccination before entering any city facility or engaging in city business.

People wishing to use city facilities have until Oct. 11 to show full vaccination proof. The mandate applies to athletic activities and privately organized clubs that operate on city premises.

Councilwoman Sepi Shyne, who first requested staff research a vaccination mandate, said the executive order is not meant to punish citizens, but rather keep them safe and encourage them to receive a vaccination.

“We are in a dire time right now and I know it is so frustrating that we almost came out of this and now we’re back to even having this discussion,” Shyne said. “But the people who are unvaccinated, and I’m not talking about those that have medical exemptions, I’m talking about those who are unvaccinated by choice, are contributing to the surge we are in and the continual spread of the virus, which is affecting the health of themselves and everyone around them, and the economy as well.”