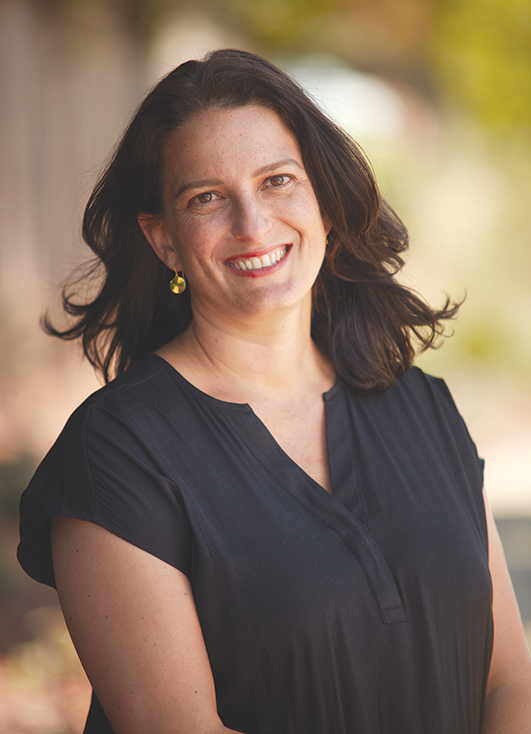 Yaroslavsky, who served for the past six years as the senior environment and arts policy deputy for Los Angeles County Supervisor Sheila Kuehl, said there are myriad reasons for entering the race. She cited homelessness, affordable housing, recovery from the pandemic and the need to create a sustainable future for Los Angeles by addressing climate change as the primary reasons for running for the 5th District seat. Koretz will be termed out in 2022.

“In my mind, there’s no more efficient, effective way of making meaningful change than through the electoral process. I’m angry and frustrated at the state of our city,” said Yaroslavsky, referring to rising crime, homelessness and a perceived lack of leadership in city government. “It’s my hometown and I want to see it thrive and be a great city again. I think we need people in those seats of power who are effective and ethical and proven. Because this isn’t just some rinky-dink little City Council, this is the legislative body of the second most populous city in the country, and I think we have an obligation to engage meaningfully in change-making however we see ourselves best able to do that.”

Yaroslavsky, who lives in the South Carthay Circle neighborhood with her husband David and their three children ages 1, 3 and 6, cited homelessness as one of the most pressing problems facing the city and vowed to address the issue head-on.

“Homelessness is the moral crisis of our time, and I think it’s reflective of the system’s failure,” Yaroslavsky added. “We need to do a much better job on the prevention side to keep people housed in the first place. It’s a lot less expensive and it’s much more humane to keep someone in their home rather than laying on the streets. We’re spending maybe 1% or 2% of our total homelessness budget on prevention, and I think if we doubled or tripled that, we’d see huge progress.”

Yaroslavsky added that more cohesion between the county and city of Los Angeles is an important aspect of addressing homelessness. She said her experience in working for the county and forging relationships among diverse communities will help.

“We need better collaboration in terms of marshaling resources and coordinating efforts both on the prevention side and on housing services,” Yaroslavsky added. “As someone who spent time at the county, I understand the suite of programs and services available on the health side, such as mental health and addiction services, and being able to bring those relationships and an understanding of the county to the city is a really valuable toolkit.”

Yaroslavsky cited rising crime and said there is a need for change in the Melrose District.

“I think it’s incumbent upon the council member to be leading a coordinated effort in partnership with the LAPD, business owners and the residents who live in the community to ensure people are safe,” Yaroslavsky said. “It’s unacceptable that crime is increasing up there and between the city and the LAPD, we have work to do to make sure there are people on the ground to make people safe.”

Yaroslavsky also said she would have supported Uplift Melrose, a proposal to bring more pedestrian space and fewer traffic lanes to the Melrose area. That proposal was not supported by Koretz because he said it would have created more traffic congestion in surrounding areas. Yaroslavsky said she is open to pursuing options like Uplift Melrose and also supports more bicycle lanes, particularly lanes connecting to locations that are centers of employment.

“I think that we need to create opportunities for people to get out of their cars,” Yaroslavsky said. “Bike lanes need to connect to each other and they need to get people where they need to go.”

Yaroslavsky, who also has a background as an environmental land-use attorney, said she worked on many projects and policies in Kuehl’s office that she hopes to carry over to the city of Los Angeles. When she started working with Kuehl, Yaroslavsky was the only deputy for the environment on any of the five county supervisors’ staffs. She helped lay the foundation for creating the county’s Chief Sustainability Office, which provides support and guidance on initiatives to protect the environment and make communities healthy and livable.

Yaroslavsky said the county’s approach to sustainability is particularly important because it focuses on equity and economic justice for disadvantaged communities. Getting people involved at the neighborhood level is crucial, she said.

“One of the things that makes for a successful effort on anything that’s challenging is to let other people feel some ownership and share the credit,” she said. “It doesn’t diminish your own contributions, but it makes other people feel invested in the process and the outcome. For me, that’s a really important way of leading.”

Yaroslavsky also cited her work in Kuehl’s office on Measure W, which was approved by voters in 2018 and created the Safe Clean Water Program. It established a funding stream for projects that add greenspace in urban neighborhoods by providing $300 million per year for stormwater capture programs. The goal is to create green infrastructure that will lead to a greener Los Angeles in the future.

“It’s changing how we think about infrastructure. One of the things about the job of the council person that I’m most excited about is the prospect of partnering with LADWP, which is the largest municipal utility in the country, to really use that as a catalyst for bringing jobs and transforming our water and power infrastructure to be more resilient in the face of climate [change],” Yaroslavsky said. “We talk about wanting a Green New Deal in L.A. and Measure W is actually the tip of the spear on that.”

The candidate also said economic recovery from the COVID-19 pandemic will be an important component of Los Angeles’ progression during the coming years. She said increasing housing density around major transit corridors will help alleviate the housing crisis, but said it is important to also limit the impact density has on single-family neighborhoods.

“I am ready to hit the ground running on day one,” Yaroslavsky added. “I’m not a city hall insider, but I know how the city works. I am a problem solver and I am looking forward to partnering with the communities of CD5 to solve problems and the pressing challenges we are facing.”