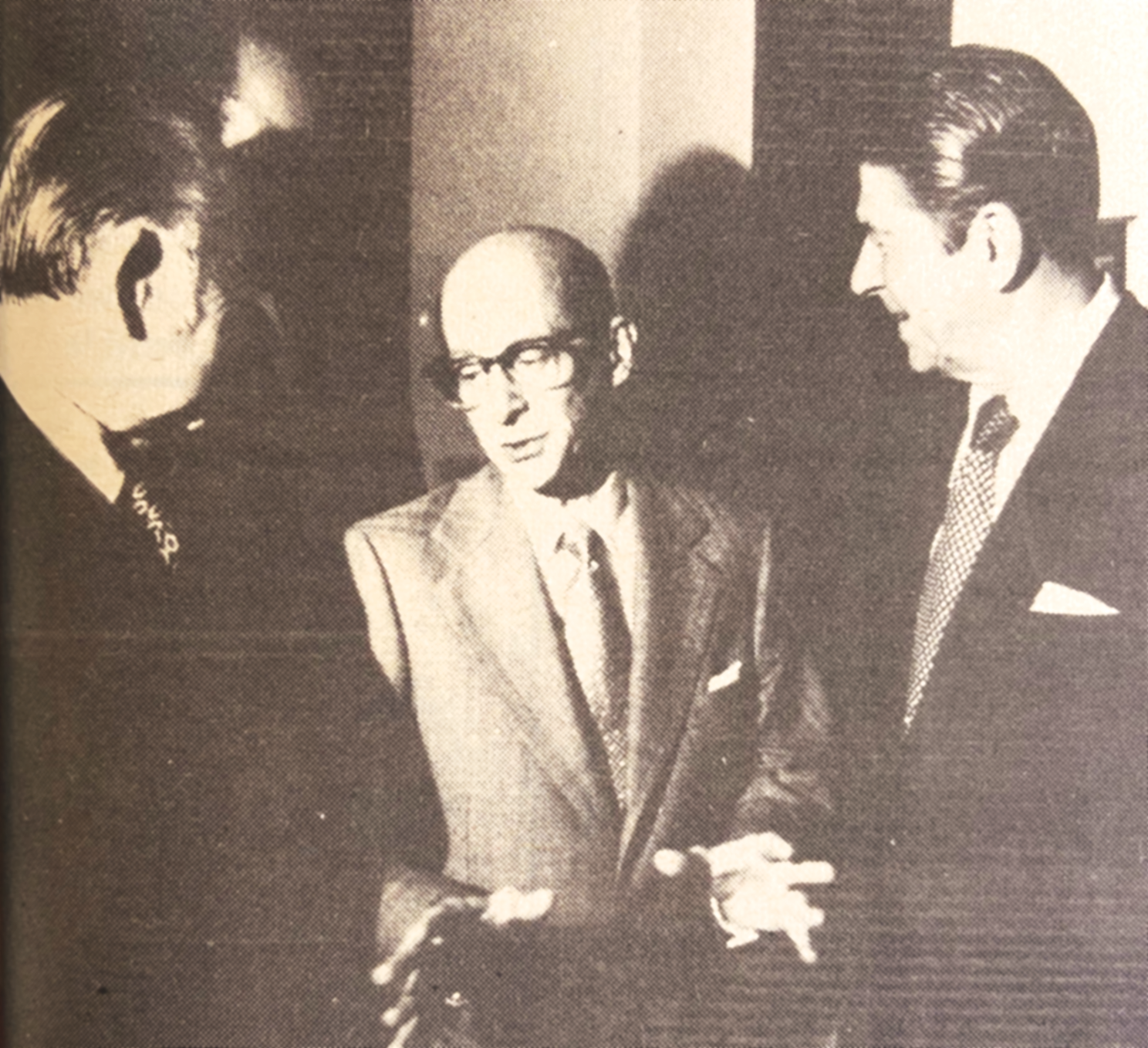 Two former California governors – Pat Brown, left, and Ronald Reagan – were shown in a photograph in the Aug. 23, 1973, issue of the Park Labrea News with Los Angeles Times political writer Carl Greenberg at the journalist’s retirement party. Greenberg was also a former Park La Brea resident. The accompanying article stated more than 1,000 people attended his retirement banquet at the Century Plaza Hotel. Greenberg was known for being singled out by Richard Nixon as the only reporter who covered him “fairly,” according to the Greater Los Angeles chapter of the Society of Professional Journalists, which offers the annual $1,500 Carl Greenberg Memorial Scholarship to a college student pursuing investigative or political reporting. For information, visit spjla.org.