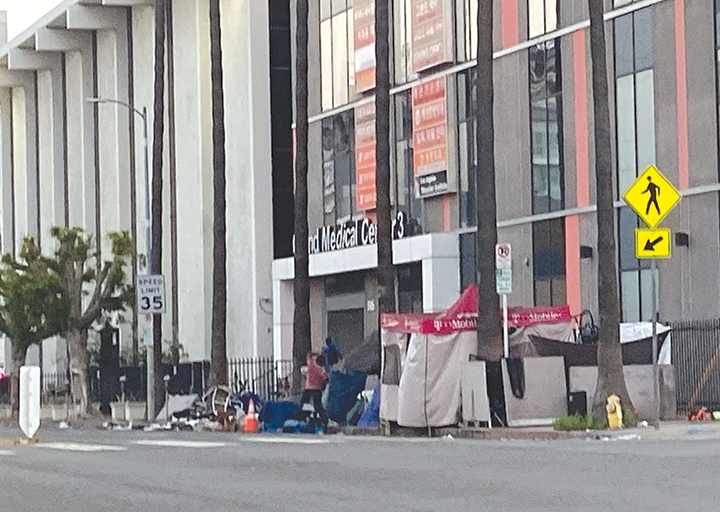 A homeless man was injured when two cars collided on Sept. 7 at Virgil Avenue and Fifth Street, where one of the vehicles jumped a curb and struck an encampment. (photo by Edwin Folven)

A homeless man was injured on Sept. 7 after a vehicle on Virgil Avenue collided with another car at Fifth Street, jumped a curb and came to rest in a homeless encampment, police said.

The collision occurred at approximately 6 a.m. as a late model Dodge Dart was traveling south on Virgil Avenue at a high rate of speed and collided with a Toyota Corolla heading east on Fifth Street, Los Angeles Police Department spokesman Tony Im said. The Dodge, which also hit a tree, came to rest in the encampment, Im added.

Prange said the victim sustained moderate injuries but remained conscious throughout the rescue operation. He was taken to a hospital for treatment. Three other individuals who were in the vehicle that was struck were also taken to a hospital with non-life threatening injuries.