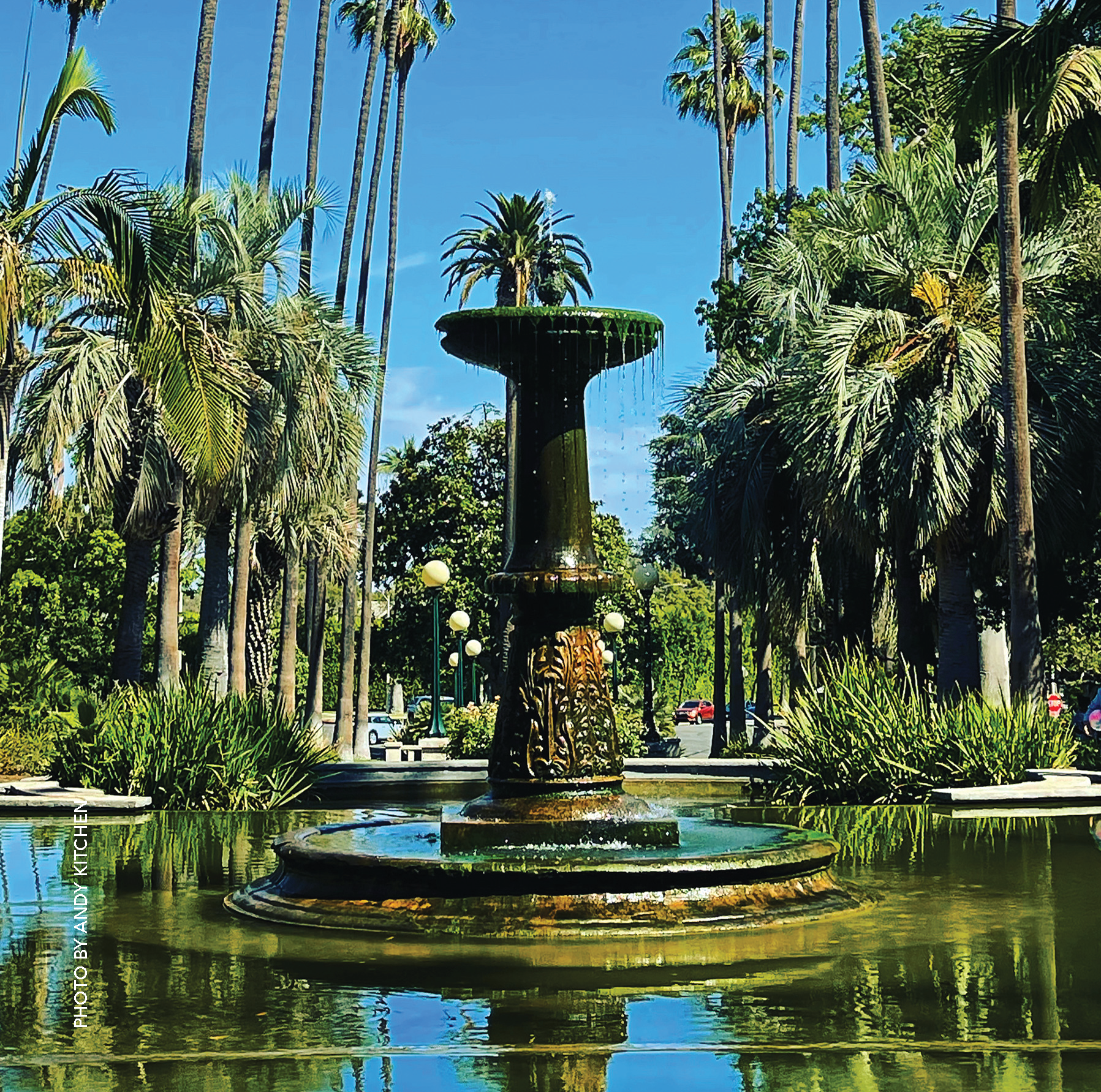 Beverly Hills offers countless opportunities to view art and learn about the city’s history, whether in a gallery or strolling Rodeo Drive.

With a public art ordinance requiring developers to either purchase a piece of art for their property or donate to the Fine Art Fund, and an arts commission dedicated to bringing world-class work to the city, Beverly Hills is a destination city for art-lovers.

Since 2015, more than 70 pieces have been chosen to adorn the city landscape, and most of them can be viewed by way of walking tour.

Bold art pieces stating “Life is Beautiful” and “Beverly Hills is Life” are located on Rodeo Drive and Santa Monica Boulevard. Passersby are encouraged to snap photos with the cast resin sculptures. 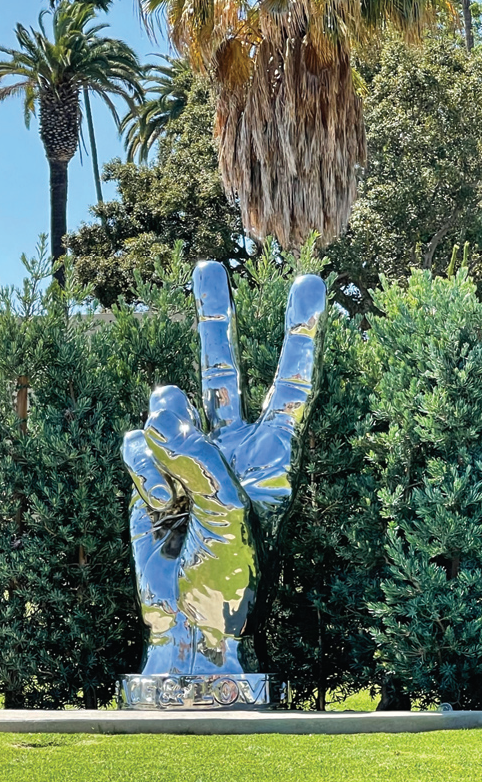 The 1960s were all about peace, and who better to represent peace than musician and Beverly Hills resident Ringo Starr.

The famed Beatles drummer donated “Peace and Love” to Beverly Hills in 2019. The 1,500-pound sculpture of a hand making a peace sign was installed in Beverly Gardens Park and now offers art-lovers a chance to flash a smile and their own peace sign.

“We want to be a city of love and peace,” then-Mayor John Mirisch said when the piece was installed. “This symbolizes that.”

Introduced in 2003, the Walk of Style honors style legends for their contributions to the worlds of fashion and entertainment. Honorees are presented with permanent plaques featuring personal quotes and signatures, which are then embedded in the sidewalks along Rodeo Drive.

Stroll through the parks

The city boasts 10 public parks with offerings ranging from tennis courts to historic mansions. Whether sitting in a manicured courtyard or meandering along a paved trail, the city provides a park for all. 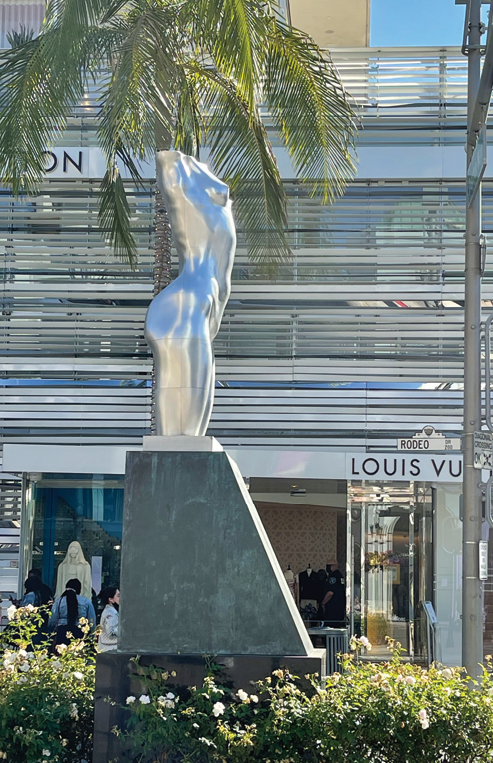 The city’s most iconic park offers 1.9 miles of greenspace and a photo opportunity with the Beverly Hills sign. Developed in 1907 and expanded in 1930, the park stretches across 23 blocks and accounts for nearly one quarter of the city’s public park space.  A multimillion-dollar restoration project in 2014 brought pet-friendly amenities and flat pathways for joggers.

Purchased by the city in 1965, Greystone Mansion & Gardens offers sprawling acres and a step back in time.

The property was first owned by Edward Laurence Doheny, one of the first people to strike oil in Los Angeles. Construction on the Doheny Estate, which started in 1927, took three years and cost more than $3 million.

In 1955, the family sold the mansion to Henry Crown, who never moved in and instead rented the property to film studios. 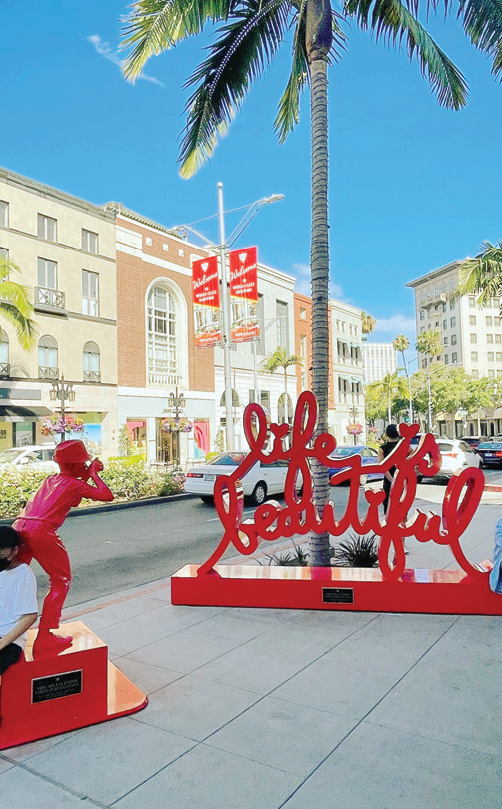 Now, the 18.3-acre site functions as a public park. Tours of the mansion are currently closed, but visitors are free to roam the gardens.

The park was listed in the National Register of Historic Places in 1976, and in 2013, was designated as Beverly Hills Local Historic Landmark No. 4.

Located at 9650 Sunset Blvd., Will Rogers Memorial Park opened in 1915 as the first municipal park in the city. The space originally was named Sunset Park, but in 1952, the city renamed it after entertainer Will Rogers, who was appointed as the first honorary mayor of Beverly Hills in 1926.

The 5-acre park sits across from the Beverly Hills Hotel. In 2015, its fountain was named after Margaret J. Anderson, who built, owned and operated the hotel for more than 100 years and donated the land to the city in 1915.

Now, the park includes rose gardens, a dragon tree and a pond with fish and turtles.