The Abbey’s Drag Brunch is a whole lotta fun 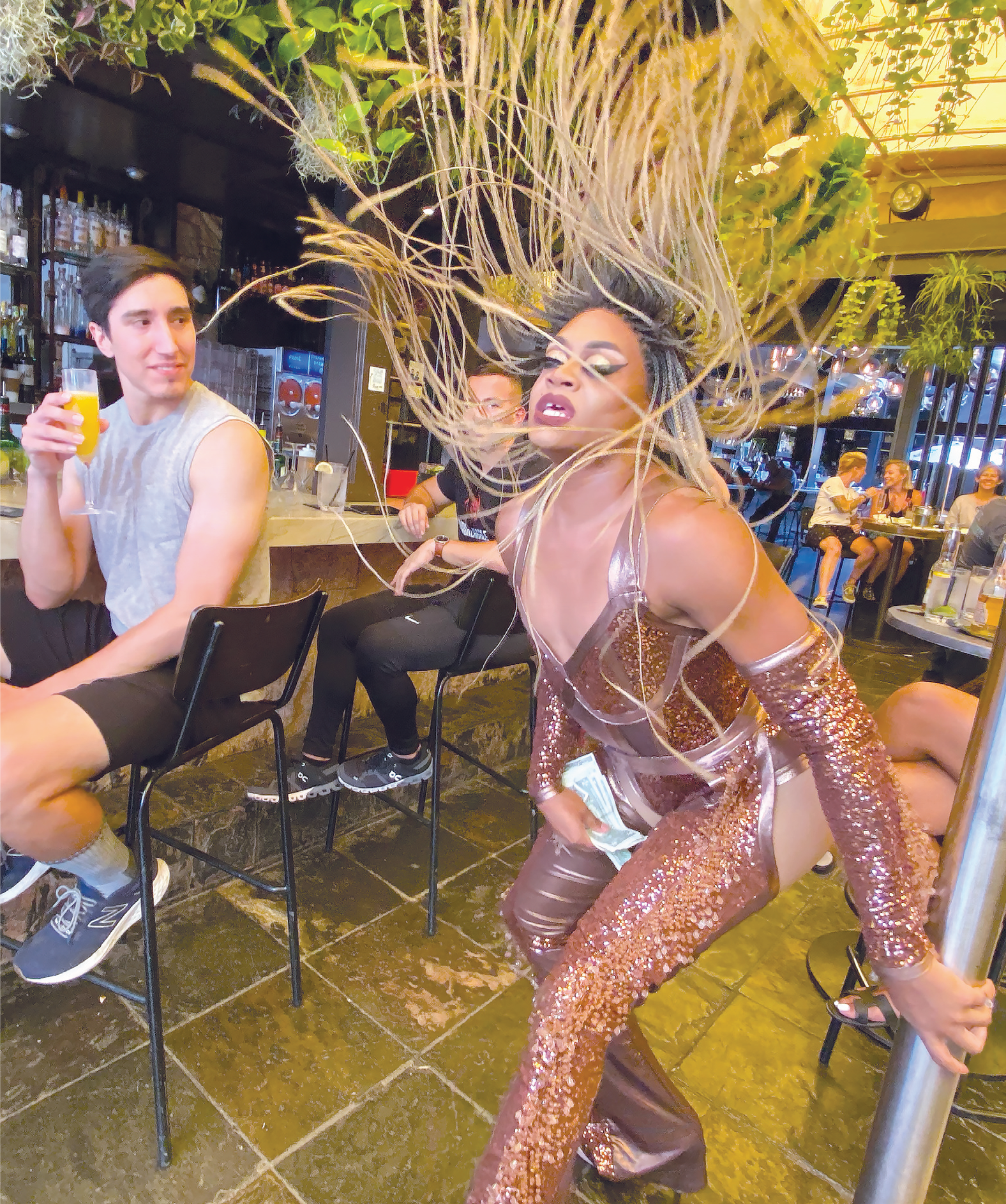 There are a handful of rules that newbies should know before at­tending a drag brunch at The Abbey in West Hollywood:

3. Well, that’s pretty much it

Every Saturday and Sunday, The Abbey sets the outdoor stage for its drag queen lineup, as its kitchen and front of house staff prepare to serve brunch amidst all the madness. On this particular Sunday, Kyra Jete, Misty Violet and Heidi N Closet, of “Ru­Paul’s Drag Race,” are performing. Ko­mbread Jete will emcee. She arrives early to field questions from the media – just another moment in the spotlight for our host. That kind of validation is among the reasons she’s been doing drag shows for the last three years. 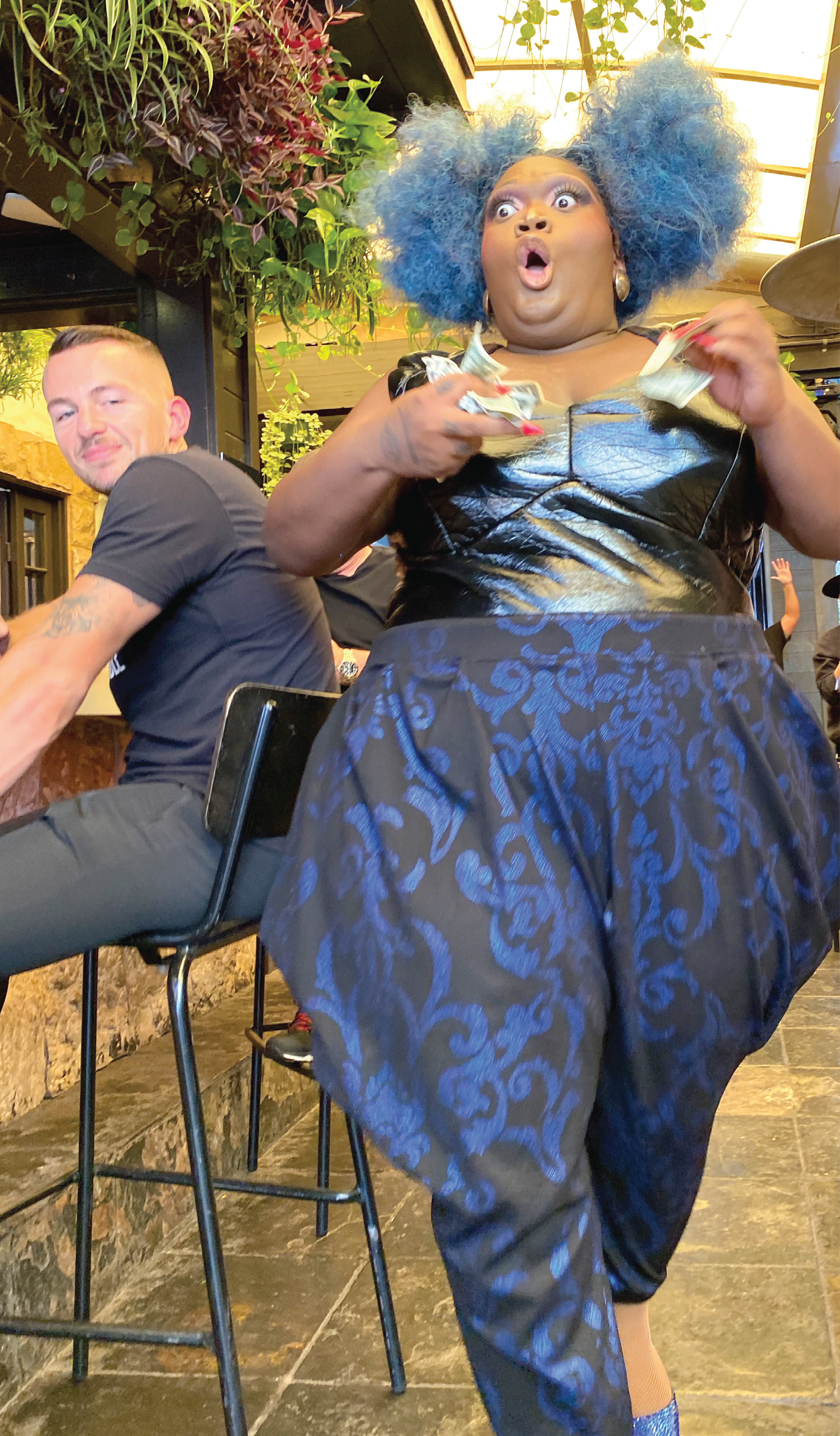 Kornbread Jete entertains the brunch crowd at The Abbey. (photo by Aaron Blevins)

“I always say drag queens are attention whores, so I love the attention that we get from the people, for one,” Kombread says. “And this establishment itself – it feels like a home here, and they treat you very well. Here at The Abbey, everyone knows each other. You get to talk to everybody. They make you feel welcome when you walk in. This is probably one of my favorite brunches to do.”

Why it is among her favorites becomes very clear, very quickly. Patrons have begun to trickle in prior to the show’s scheduled 11 a.m. start time, and they’re already having fun, which is easy to do with a mimosa in hand and mixed berry pancakes in front of you. Josie Greenidge is already in good spirits at the bar, even though her guest has yet to arrive. The drag brunch has become some­what of a tradition in the days leading up to her birthday (Happy Belated, Josie!), and this year is no different.

Kornbread had warned that the show be­gins on “drag queen time.” The top of the hour rolls around. Then, 11:30. At 11:39, a voice that sounds a lot like Kornbread tries to excite the crowd and is unimpressed with the response.

“Ya’ll wake ya’ll asses up,” says the voice, which probably belongs to the South Carolina native. “The sun is out!” 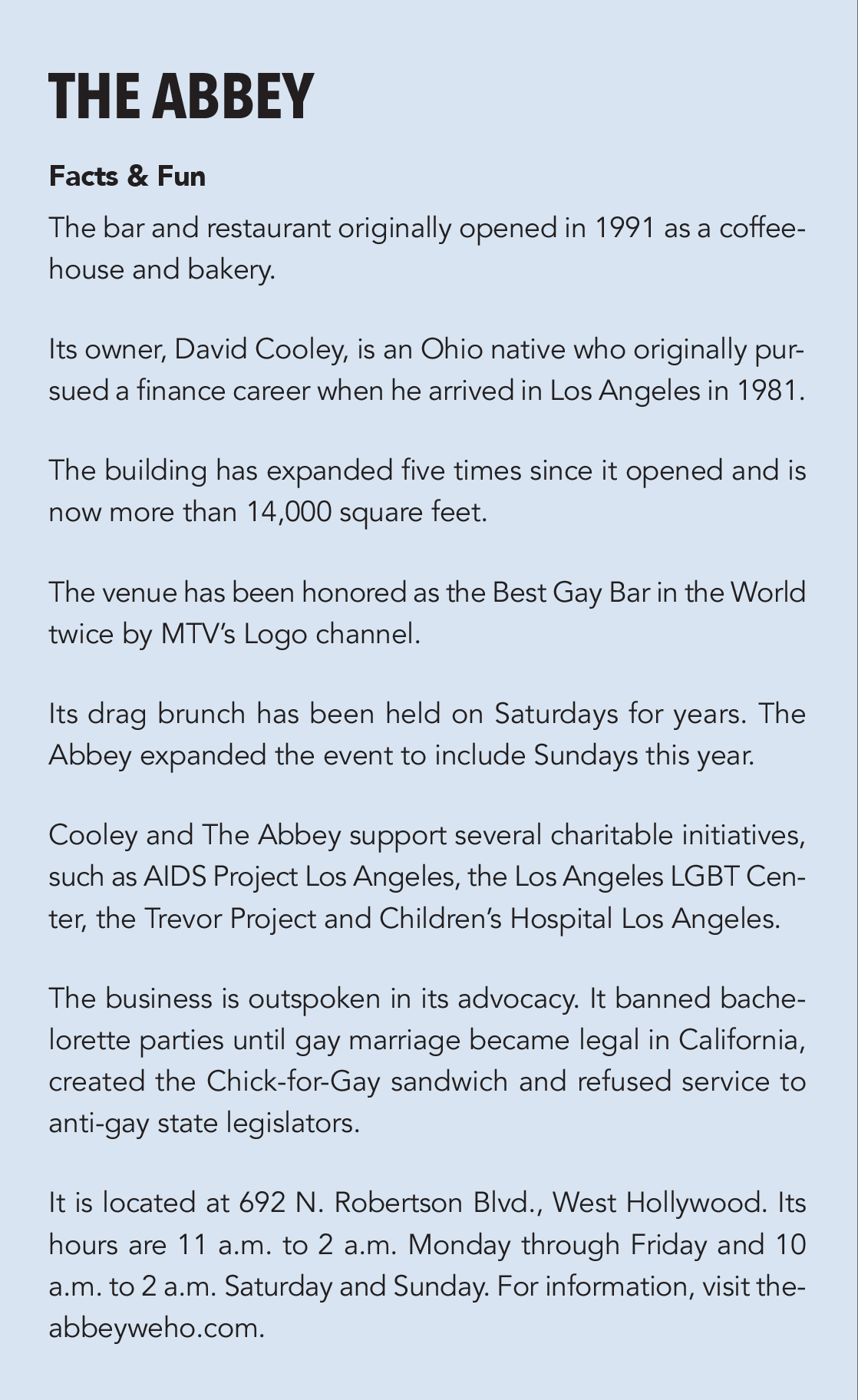 What transpires is exactly as Kornbread described: a lot of craziness in the best way possible.

She would know. This is her show. Kornbread is the pastor, and brunch is gay church.

Dollars start flying as the audience hoots and hollers. Some performers lip sync, sing or dance; Kornbread flaunts her sass and is not shy about her overall goal: getting that rent money and then some.

Kyra Jete struts her best Beyonce on a fine Sunday morning at The Abbey. (photo by Aaron Blevins)

Heidi N Closet follows, seductively walking through the crowd to “I Wanna Dance With Somebody (Who Loves Me).” Next, Misty Violet does her best Ginger Spice impression. Then, Kyra Jete pulls out some power moves, many of which are just an inch or two away from a concussion.

The rotation continues from there. To spice things up, as if there was not enough to relish, Kornbread invites audience members to the stage for a dance competition. The group, which includes Josie, dances poorly but enthusiastically, providing our host with more ammunition. Josie makes it to the final competition. Kombread congratulates her and another individual.

The Abbey’s founder, David Cooley, is in the crowd and loving the show.

“Drag shows are part of our community,” he says, “and I’m glad to have three shows a week, because they bring so much joy and happiness and entertainment. Being in Hollywood, they are really my true stars.”

That’s all Kornbread can ask for more attention, more praise. She had said the drag brunch was for the people, but it’s also more than that.

“It’s for the people in the show as well. It’s an escape for all of us. It’s an escape from all the craziness we have to deal with on a regular day … I’m stuck. There’s no such thing as going back now. I think I’m in too deep.”

Nothing like a coffee, a donut and a paper at Third and Fairfax