‘Ted Lasso’ is a winner, gold in almost every way 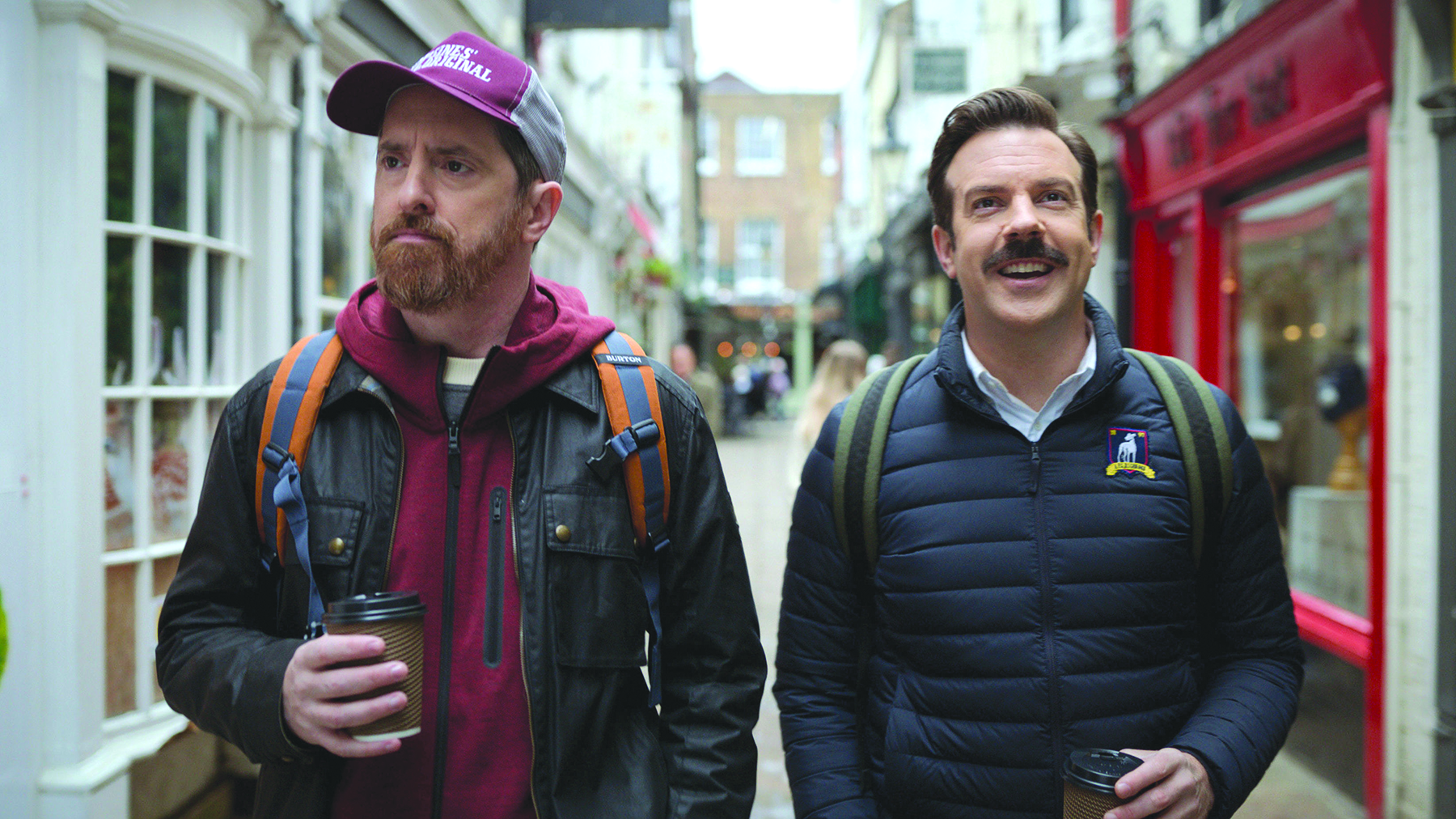 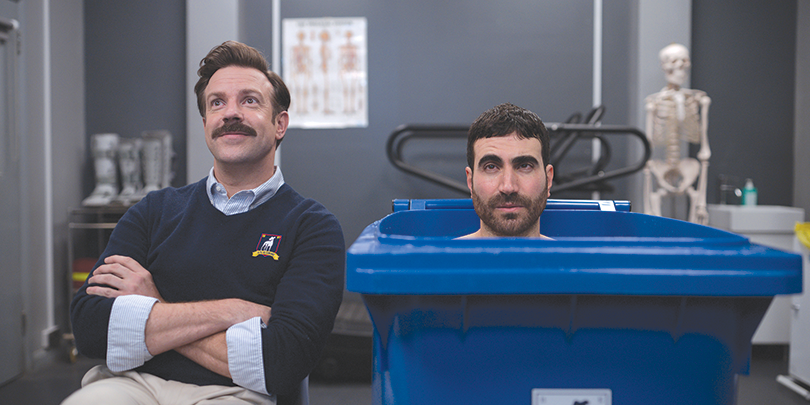 The chemistry between Coach Ted Lasso (Jason Sudeikis) and other characters such as Roy Kent (Brett Goldstein) contribute to the show’s charm. (photo courtesy of Apple TV+)

Like “Tiger King,” “Ted Lasso ” arrived at an opportune moment, providing the right amount of optimism absent in many cable comedies that are more gloom than hilarious. Not so for this Apple TV+ series. It’s the content we all need right now.

The first season revolves around two conflicts: revenge and isolation. Coach Ted Lasso (Jason Sudeikis) made headlines successfully building an American football team into champions, but he went viral for his refreshing authenticity when celebrating wins alongside his players. Soon after, he and Coach Beard (Brendan Hunt) relocate across the pond for a fish-out-of-water challenge: leading a struggling English Premier League football team.

Ted faces immediate backlash from players and fans alike. He’s an outsider, welcomed by only one person, Keeley (Juno Temple), a player’s model girlfriend. More problematic, he has no background in this kind of football – what us Yanks call soccer. He doesn’t even know the rules or proper game lingo. But he presses forward, perhaps because he likes a challenge, but also due to timing: his family is going through something that requires his absence.

Adding stress to locals’ many insults – “wanker” is the preferred dig for poor Ted – new team owner Rebecca Welton (Hannah Waddingham) plans to sink the team, a bit of retaliation against her cheating billionaire ex, who lost his beloved Richmond AFC in the divorce.

The AFC players themselves are, of course, a handful. Young star Jamie Tartt (Phil Dunster) knows his way around a ball, save for the humbleness to pass. Meanwhile veteran and captain Roy Kent (Brett Goldstein) loathes Jamie for his attitude and what he represents to Roy: the loss of his heyday. Other characters earn their due along the way, including players Sam (Toheeb Jimoh), Isaac (Kola Bokinni) and Dani (Cristo Fernández), along with soft-spoken kit man Nathan (Nick Mohammed) and operations head Higgins (Jeremy Swift).

The success of any series is, well, a team effort, but it relies on Sudeikis’ performance. And oh hot darn, that all-American characterization works its magic. Sure, a coach hailing from Kansas might sport a mustache, but an accent somewhere between Southern and Texan is unlikely. Chalk it up to the mystery of Ted. Sudeikis is entirely lovable, embodying a person you want to cheer for and hug in every scene.

Of course, a show featuring a nice white guy in the lead immediately faces challenges, but the series pokes at its premise on occasion. In one such moment, Ted gifts a little green soldier to Sam on his birthday, part of a larger plan to help him feel less homesick (his family lives in Nigeria). Sam thanks Ted, but asks to return the toy because he has less affinity for American soldiers because of “imperialism.”

The moment passes quickly, Ted accepting the request without offense. If this coach is a role model – and that might be the wrong way to view someone spewing optimism while also quietly coping with pain – thank his sponge-like quality. He actually listens to others, no judgment.

But he’s hardly perfect. As a central tension in the first season concludes, season two appears a touch more optimistic – even poaching a Hallmark Christmas episode complete with a character belting “Christmas (Baby Please Come Home)” – but Ted’s mental health and his estranged family life lingers in the background until a boiling point inevitably arrives. The excessive optimism is a ruse, a necessary misdirect.

While work starts to go his way, what he left in the states haunts all those smiles, prompting a reevaluation of every happy moment to this point. In this way, “Ted Lasso” becomes a case study in repression. It’s likely both. Optimism like his is enviable, the kind of life goal rarely achieved. But it comes at a high cost, and the latest season replaces revenge with self-care, emphasized by a new supporting character, Dr. Fieldstone (Sarah Niles), a team psychologist.

The outcome will likely align more with other projects from showrunner Bill Lawrence, who developed the series alongside Sudeikis, adapting the Ted Lasso character from a series of NBC promos in 2013 for the actual Premier League. Lawrence isn’t a familiar name to casual viewers, but he’s been a small-screen veteran since the early 1990s, mostly notably creating the medical comedy “Scrubs.”

He favors a blend of joy with realism, but none of his shows resonate quite like “Ted Lasso,” whose sheer delights will hopefully last for multiple seasons – a third already confirmed – and even more than 20 Emmy noms (other wins already rolling in). The Apple original flaunts two nearly perfect seasons of pure delight. We need more shows like this streaming into our living rooms.