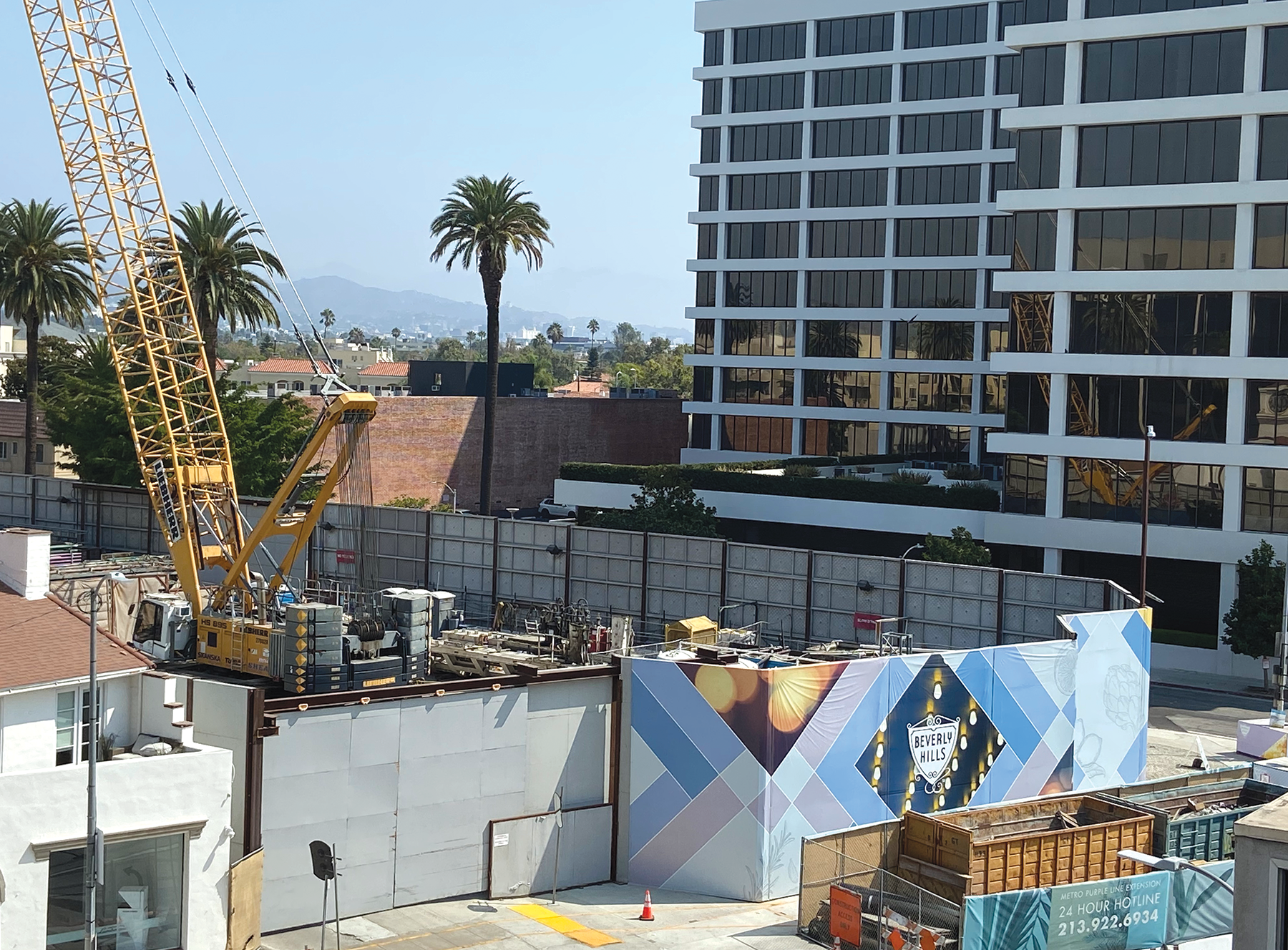 Crews had to cut away an underground steel beam before the tunneling machines could reach the site of the future Wilshire/La Cienega station. (photo by Edwin Folven)

Passengers waiting to ride Metro’s Purple Line Extension project will have to wait an extra year, as the transportation agency has pushed back the opening for the first segment of the subway between Wilshire/Western and Wilshire/La Cienega from November 2023 to fall 2024.

Metro spokesman Dave Sotero said the delay in opening was caused by a combination of factors, including difficulty in tunneling through sand, tar and methane gas pockets near the La Brea Tar Pits; mitigation measures that were implemented in surrounding neighborhoods as construction progressed; and an underground “anomaly” near Wilshire and San Vicente boulevards that crews had to address before the twin tunneling machines could pass by. That anomaly was a steel beam buried long ago that could have damaged the machines if they struck it, Sotero added.

“That would have been a nightmare,” he said. “It could have damaged the cutting head.”

A similar situation occurred in 2013 during tunneling for a transit project in Seattle, according to media reports. A tunneling machine struck a metal pipe, and it took crews two years to repair the machine and get the project started again.

“We did horizontal drilling before the tunnel boring machines got there to make sure there was nothing in the way,” Sotero added. “Earlier in the project, we also found the remnants of an oil well that was in the way and altered the tunnel alignment to go around the oil well. But there was no getting around [the steel beam]. We had to get rid of it. It was the very first time we had done that kind of thing.”

Sotero said crews with the first section’s contractor, Skanska-Traylor-Shea, located the beam underground in late 2020 and used shovels and cutting torches to remove it in early 2021, prior to the twin tunneling machines reaching the future Wilshire/La Cienega station in February and March. It is not known when the beam was buried or why, although it is believed it may have been part of a bridge or roadway support from the early days of cityhood.

Sotero added that the delay in opening the first section of the Purple Line Extension also resulted from the difficult conditions in tunneling past the La Brea Tar Pits. Engineers were aware there would be difficulties because of the composition of the soil, but the progress was slower than anticipated.

“You have gassy soils and tar sands and a geologically rich area for fossils,” Sotero said. “There were so many things on this first section that presented many challenges to Metro.”

The postponement of the opening of the first segment by a year was reported by Metro staff in June to the Metro Board of Directors, which also allocated an additional $150 million to cover new costs, Sotero said. Metro updated its website this week to reflect the new 2024 opening date. 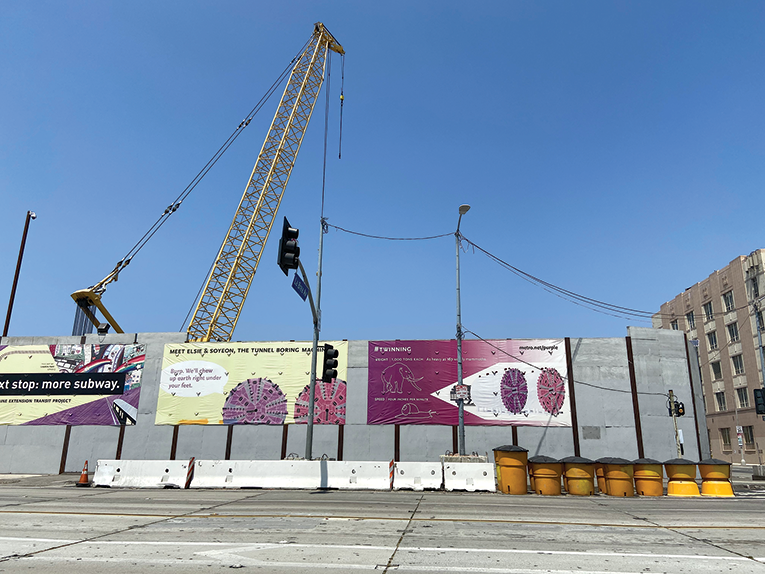 The Metro Board of Directors allocated an additional $150 million toward the Purple Line Extension project. (photo by Edwin Folven)

Some people in the local area were not surprised that the first section will not open until 2024.

“They originally had the completion date in ’25 or ’26, then this [push] came along about opening it in time for the Olympics,” said Steve Kramer, president of the Greater Miracle Mile Chamber of Commerce. “I think their intentions were good and their hopes were high, but they are more realistic at this point. I think it was a little more than realistically could be accomplished.”

Sotero said the first segment of the project is 70% complete. The work on that portion is now focused on finishing the tunnels and completing the subway stations at Wilshire/La Brea, Wilshire/Fairfax and Wilshire/La Cienega. Crews are also currently building the second section of the Purple line Extension project between the Wilshire/La Cienega and Century City/Constellation subways stations, and that segment includes the Wilshire/Rodeo station in Beverly Hills. Work is also underway on the third segment between Century City and the Westwood/VA Hospital station.

The change in the opening date for the first section does not alter the completion dates for the second and third sections, which are scheduled to be complete in 2025 and 2027, respectively. Sotero said Metro does not anticipate encountering the same challenges underground in the other two sections, as the soil composition there is more predictable than the areas around the tar pits.

“This is easily the most complex transportation engineering project in the history of L.A.,” he added. “If it were easy, it would have been done decades ago.”

Rockin’ the Tavern this Sunday

'We remember every year, all year long’