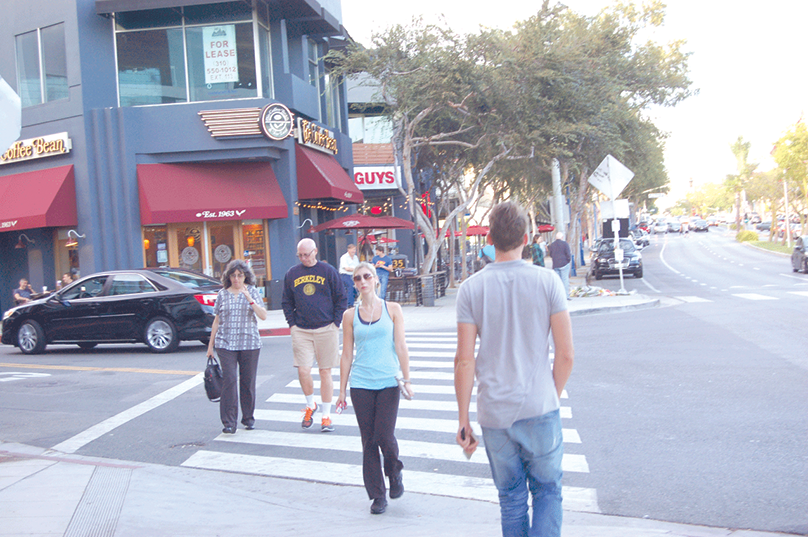 September is Pedestrian Safety Month, and the West Hollywood Sheriff’s Station plans to conduct operations to encourage safety among drivers, bicyclists and pedestrians. Deputies will focus on issuing more citations for using phones while driving, texting while driving, throwing trash out of moving vehicles, driving without headlights, making illegal turns, not stopping for pedestrians in crosswalks, jaywalking and other infractions throughout the month.

In addition, users of dockless mobility devices are reminded that only one person is allowed on a device at a time, and e-scooters and e-bikes must be ridden on the road, never on the sidewalk.

People illegally riding dockless mobility devices on sidewalks are subject to receiving citations. Users of e-scooters and e-bikes must also have a valid driver license or instructional permit, and must wear a helmet while riding. Users are advised to ride as far to the right side of traffic lanes as possible, or in designated and marked bike lanes. Additionally, users must always ride in the same direction as vehicular traffic.

Data from the nonprofit Governors Highway Safety Association shows there were 6,721 pedestrian deaths nationally in 2020 – a 4.8% increase from 2019. While pedestrian deaths have risen by 46% over the past decade, the number of all other traffic deaths has increased by 5%. Statewide data from the California Office of Traffic Safety notes that the rate of pedestrian fatalities remained relatively consistent, decreasing from 978 in 2018 to 972 in 2019.

‘Tis the season to ponder restrictions