‘Shang-Chi’ offers over the top fun 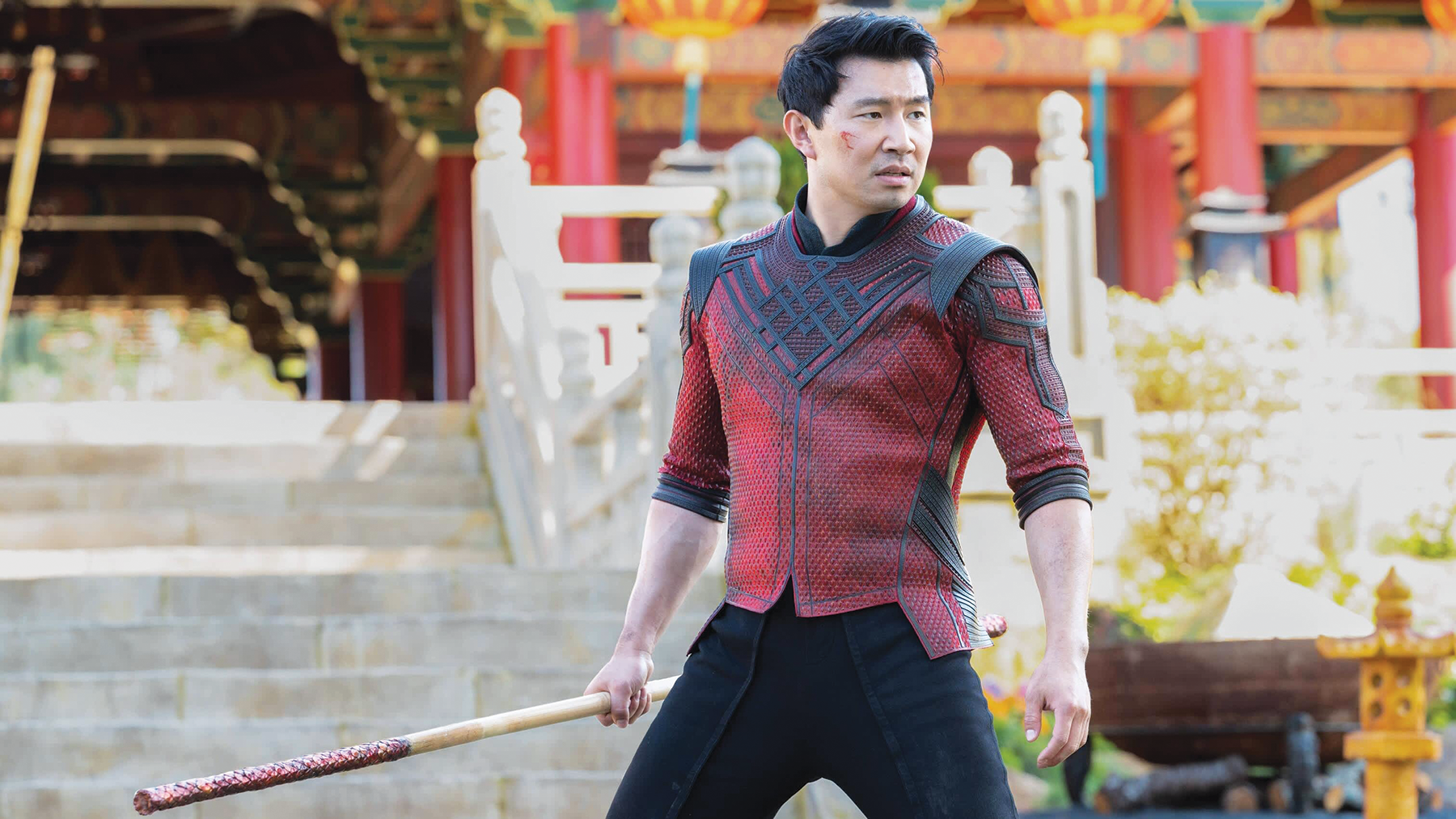 Simu Liu stars as the title character in “Shang-Chi and the Legend of the Ten Rings.” (photo courtesy of Marvel)

Crazy hand-to-hand combat, witty banter and mythic creatures from an otherworldly dimension – the movies are healing. Well, perhaps that’s too optimistic, but amidst everything going wrong around us, at least we can rely on Marvel Studios to deliver the goods. “Shang-Chi and the Legend of the Ten Rings” is absurd, over the top, excessive. And it all works immensely well.

“Shang-Chi” goes a touch deeper into the Marvel Comics canon, much like “Guardians of the Galaxy” surprising us all with its oddball misfits. The character Shang-Chi arrived in the early 1970s amidst growing interest in martial arts on the big screen. He had no super powers and would simmer for a decade before earning a solo title. He pops up, but this is his most prominent debut to wide audiences.

Director and co-writer Destin Daniel Cretton reimagines Shang-Chi and a slew of other less-known characters. This isn’t B characters or a B movie. It’s the first bonafide hit of the year, easily the best superhero film of the past two years.

The cinematic Shang-Chi (Simu Liu) is unrecognizable from his print counterpart, as are several other familiar names. The story doesn’t begin with him, but his father, Xu Wenwu (Tony Chiu-Wai Leung), a comics revision since dear dad was originally Fu Manchu (yes, that Fu Manchu – feel free to cringe).

Xu Wenwu might not sound familiar, but his character was first referenced in “Iron Man 3” when a villain called the Mandarin publicly targeted the title hero. As the film reveals, and short film “All Hail the King” reinforces, the Mandarin’s real identity remains a mystery.

Whelp, that plot thickens even more. Xu Wenwu is the true leader of the Ten Rings – first introduced in “Iron Man” back in 2008 – but he has gone by many names. None of them, however, originated from an orange, as he says, calling out the name’s ludicrous origins.

In the comics, the Mandarin name overly codes a villain based on a Western depiction of Asian cultures stripped of nuance. It all echoes the classic criticism in Edward Said’s foundational book “Orientalism.” The film doesn’t ignore this troubled history, instead providing needed updates.

Even the Mandarin’s traditional 10 rings that shoot lasers receive an upgrade, a brilliant one that enhances each action sequence showing all those supernatural tools of death. But for a brief moment, he finds love, family, and creates a family.

When that comes to end, old habits return, and the warlord tries to raise Shang-Chi in his image. That works long enough to train an impressionable child, but he eventually escapes to San Francisco, living a quiet life alongside BFF Katy (Awkwafina).

After a decade, Shang-Chi’s brief reprieve ends. That means a whole lotta insane martial arts, an overdue visit with sister Xialing (Meng’er Zhang) and a journey into the world of the siblings’ mother Li (Fala Chen), once protected.

As the trailers highlight, “Shang-Chi” is front heavy with practical and CG action. But it also throws in some wuxia sequences channeling the fighting style from films like “Crouching Tiger, Hidden Dragon” and 2002’s “Hero.” But things go full adventure story, venturing into another realm, transforming from straight action to full-blown fantasy epic.

It’s a lot, but it flows quite organically. Though I must say several green-screen moments don’t feel as polished as other Marvel flicks. No matter, such moments pass quickly, only noticeable if you’re looking. Everything else – entertaining action, a central mystery, great characters – easily compensate for post-production hiccups.

I can’t pick just one performance. So many shine. Liu is a star. He slays during emotional and exhilarating scenes. Awkwafina brings her usual sidekick humor, but that doesn’t mean she vanishes once the stakes heighten. Chen, as the slighted sister, deserves her own spinoff (I’m sure it’s coming).

And Leung is an incredible talent, earning the proper treatment here as someone both personally tortured and equally maniacal. Marvel succeeds at many things, but its villains often fall flat. Not here.

I’m ecstatic for Marvel’s Phase IV. After a year of delays, the 2021 slate continues to pump out big and small screen delights (yes, “Falcon and the Winter Soldier” deflated as episodes went on). “Shang-Chi” is an experience to behold, the kind that energizes during, and inspires long after, it ends.