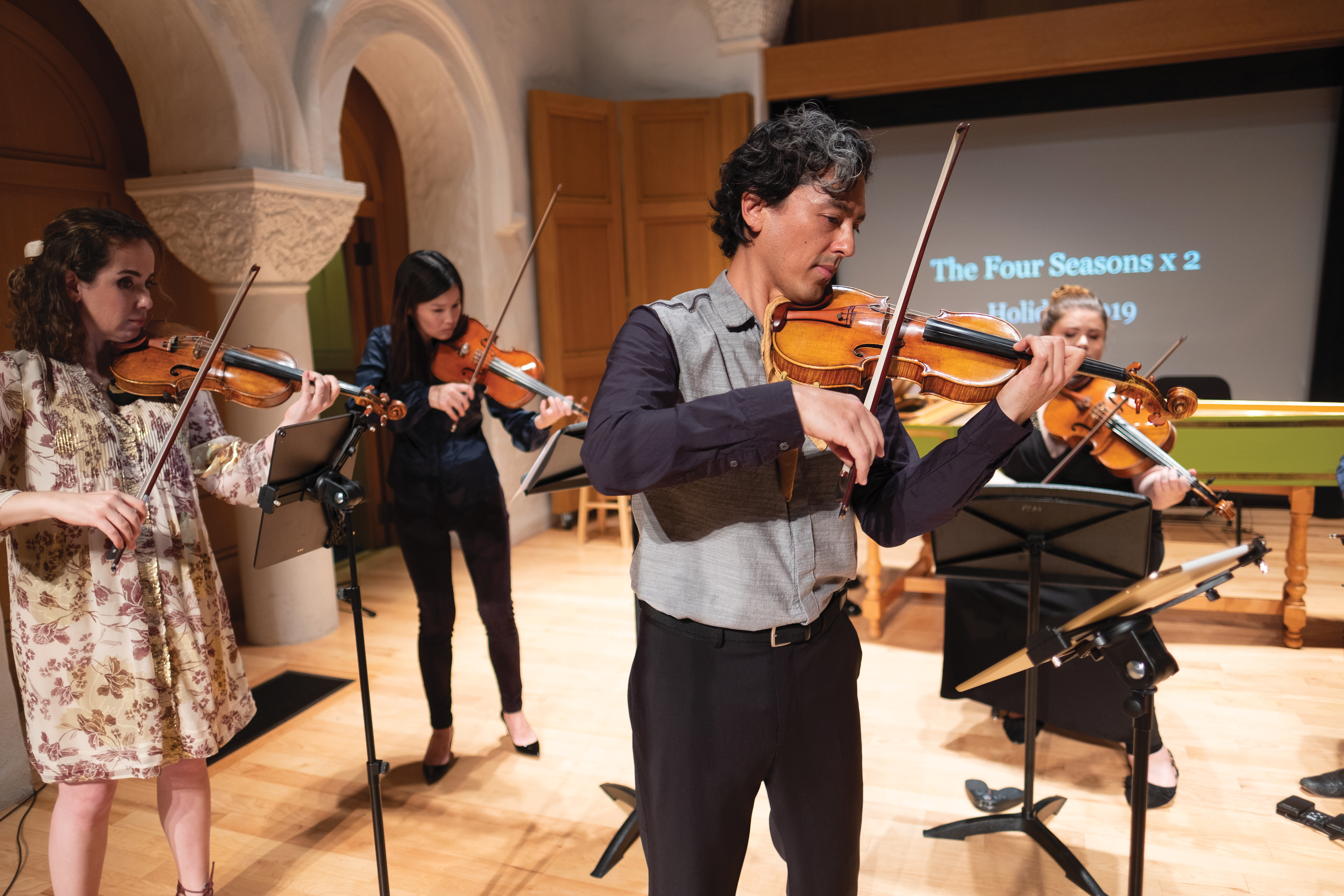 The Salastina ensemble will offer a mixture of live and virtual shows during its 2021-22 season. (photo courtesy of Salastina)

The new season marks the return of programs such as “Sounds Delicious,” “Sounds Genius” and “Sounds Mysterious,” which inject a sense of fun, mystery and discovery into the chamber music experience.

The main series will kick off with performances from Sept. 24-26 featuring works by composers Michi and Paul Wiancko, Kenji Bunch and Judd Greenstein in a program centered around the theme of transfiguration.

Performances will continue Oct. 30-31 with a program featuring works by Chopin. A concert series from Nov. 19-21 will see Salastina musicians assigned a piece unknown to them where they will participate in a guessing game with the audience to figure out the composer’s name and the title of the work.

From March 26-27, Salastina will present “Salastin.calm,” a concert of slow-movement works. “Here Be Dragons,” a program exploring uncharted territories and mythological creatures will run April 22-24.

From May 27 through Ju

ne 5, Salastina will present its first-ever chamber opera Vid Guerrerio’s “OC fan tutte,” an English modernization of Mozart’s “Così fan tutte.” The program was postponed due to the pandemic.

Salastina will offer a mixture of in-person and virtual performances after the success of its virtual happy hour series launched in April 2020. In the past years, the virtual happy hour drew guests from around the world including Alan Menken, Lindsey Stirling and Hilary Hahn.

“The 2021-22 season reflects what so many of us are experiencing – craving the familiar while embracing the new,” Salastina co-artistic and executive director Maia Jasper White said. “The pandemic period has inspired us to be ever more inventive about integrating virtual and live music-making, connecting audiences to chamber music and the musicians who make it all the deeper.”

For information and access to Salastina’s live streams, visit salastina.org/concerts.