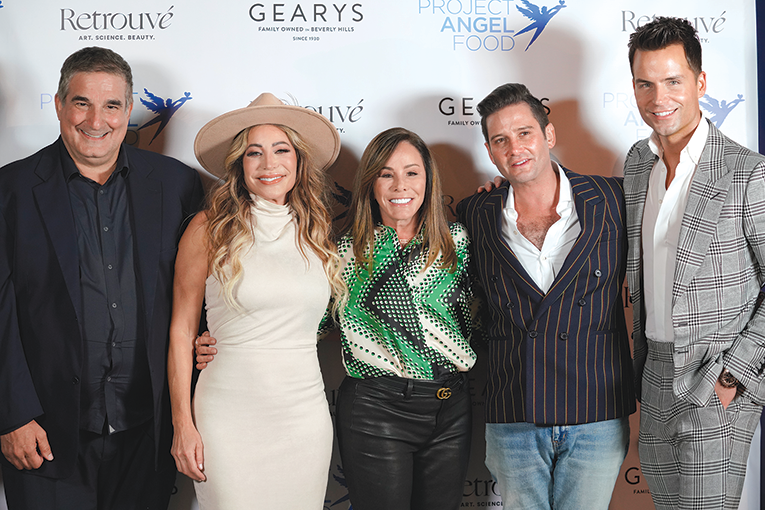 Flagg and his longtime friend Melissa Rivers co-emceed the event, with singer-songwriter Taylor Dayne performing some of her greatest hits. Flagg had originally offered dinner at his house as an auction item at a Project Angel Food fundraiser in March 2019. The $1,000-per-plate dinner was delayed due to a home remodel, then postponed due to COVID-19.

“Two and a half years later, dinner is finally served,” Flagg joked.

Project Angel Food prepares and delivers more than 1 million medically tailored meals each year to people living with critical illnesses. The agency was founded in 1989 in response to the AIDS crisis, and currently serves more than 2,400 people each day.

The event was sponsored by Retrouvé and GEARYS Beverly Hills. For information, visit angelfood.org.

Crewes plans to step down as The Wallis’ artistic director