‘Only Murders in the Building’ channels delightful podcast, murder-mystery energy 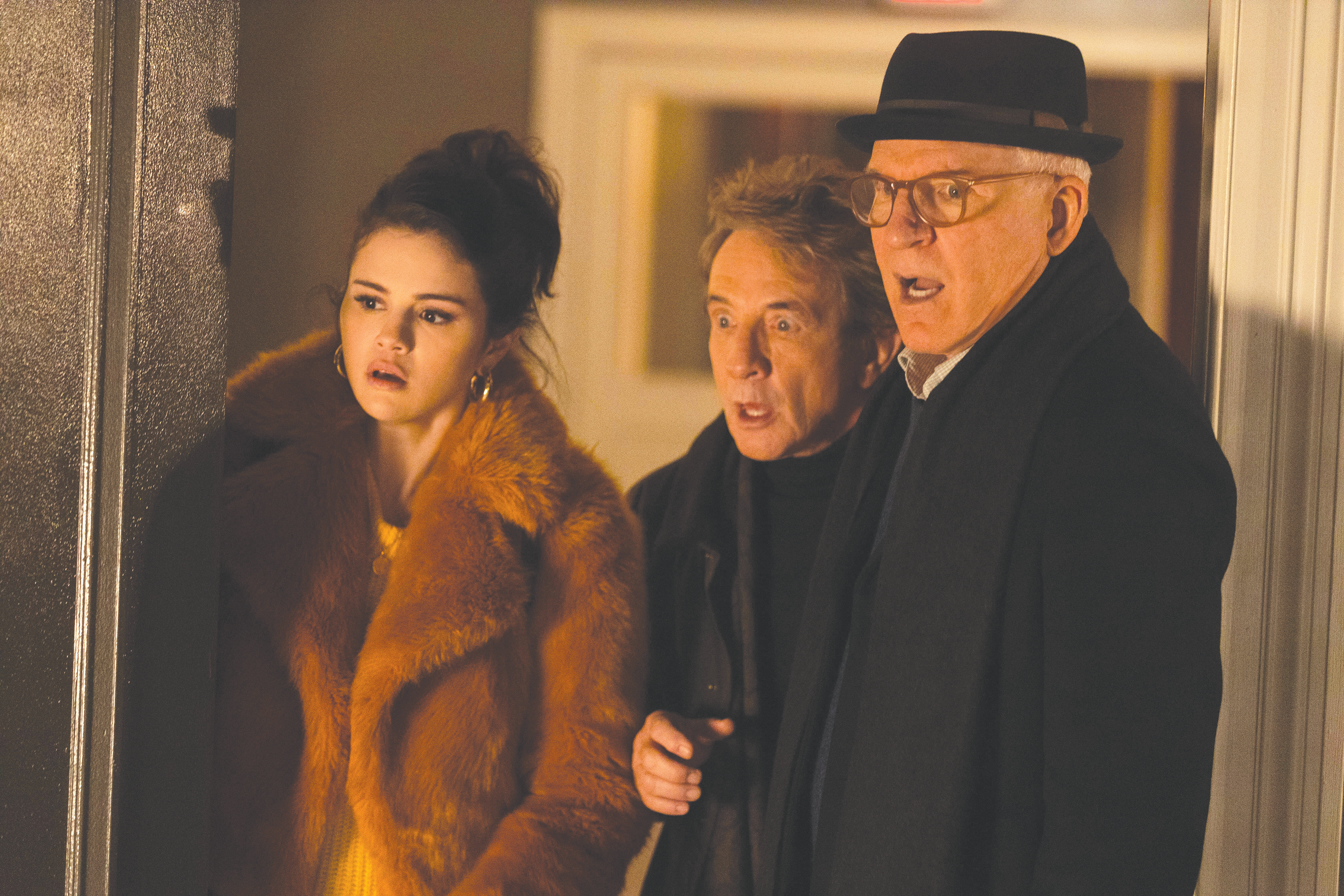 Selena Gomez, Marin Short and Steve Martin are stellar in “Only Murders in the Building.” (photo courtesy Hulu)

Steven Martin and Martin Short enjoy a charming friendship dating back to 1986’s “The Three Amigos,” though they don’t share much screen time together. At least scripted with Hulu’s “Only Murders in the Building,” they make their long-awaited reunion this century worthwhile.

While the first few episodes establish a mystery surrounding the murder of an apartment resident, the initial allure is that Martin-Short chemistry. While they share both residence in the Arconia, and background in the entrainment industry, the pair keep their distance. Charles-Haden Savage (Martin), once a small-screen celeb for his work as Detective Brazos, finds Oliver Putman (Short), an out-of-work Broadway director, quite insufferable.

The banter between these two stays strong across most episodes, Martin playing irritable, practical and occasionally, vulnerable. Meanwhile, Short serves up familiar doses of optimism across his resume. The primary difference is that Short’s Oliver suffers from the kind of overconfidence of someone washed up, long passed his vocational prime.

Continual head butting and ribbing between them make for a splendid experience both on screen and for any viewers familiar with their near three decades bromance. But this story isn’t their’s alone. A third character, equally important (and also an exec alongside them), deserves her due: Selena Gomez.

Oliver and Charles might clash on most things, but they soon bond over a shared interest in a true crime podcast, also enjoyed by another tenant, Mabel Mora (Gomez), whose background and connection to the Arconia (most occupants are older or rich) aren’t a topic of discussion. Bringing their obsession with a good whodunit to life, they stick their noses in the apparent suicide of Tim Kono (Julian Cihi).

For the first time, Charles finds himself interested in something other than a torturous daily routine designed to relive various professional and personal regrets. Oliver, however, sees an opportunity. In lieu of another stage rejection, he can channel his creative energies into a podcast that delves into hopeful twists and turns of a death that’s something more.

Mabel might be the odd woman out here, but that doesn’t bother her. She’s all in, and the brilliant trio begin their work on the next big audio story dubbed “Only Murders in the Building.”

The banter between all three works incredibly well. Short and Martin might be comedy masters, but Gomez provides the necessary counterpoint, often serving as the better adult in the room, too. Thank the creative genius of the writing team, especially the primary writers, both John Hoffman (“Looking,” “Grace and Frankie”), newcomer Stephen Markley and Martin himself, who serves as co-creator with Hoffman.

Mind you, “Only Murders in the Building” isn’t merely a vehicle for character chemistry. As far as comedy series go, it doesn’t pack many laugh-out-loud moments. That’s just fine since each episode builds on the central story, and the trio collects more puzzle pieces leading to a series of a major revelations.

Episode seven, “The Boy from 6B,” even pulls a mostly silent episode infused with American Sign Language, texting and visual storytelling. The outcome is rather haunting, a powerful reminder that serialized narrative can uproot the aesthetic choices that often serve as their signature style. Breaking rank might actually deliver the best episode yet.

A few familiar faces grace each episode, from Tina Fey as a podcast superstar to Nathan Lane, playing Oliver’s former producer. Even Sting pops up. They all serve their purpose well, Lane more so than others, shining brightest in the latest episode, but Gomez, Short and Martin make everyone else feel like the middle layer of frosting, hardly the main event atop the cake.

Each episodes drops a few bread crumbs, though the latest feels more like an entire loaf. With three episodes left, the next one airing Tuesday, the stage is set for a beguiling conclusion. And who knows where season two will go. With this cast and crew on board, expect more bingeable, easy viewing that prompts a series of heated debates and predictions.