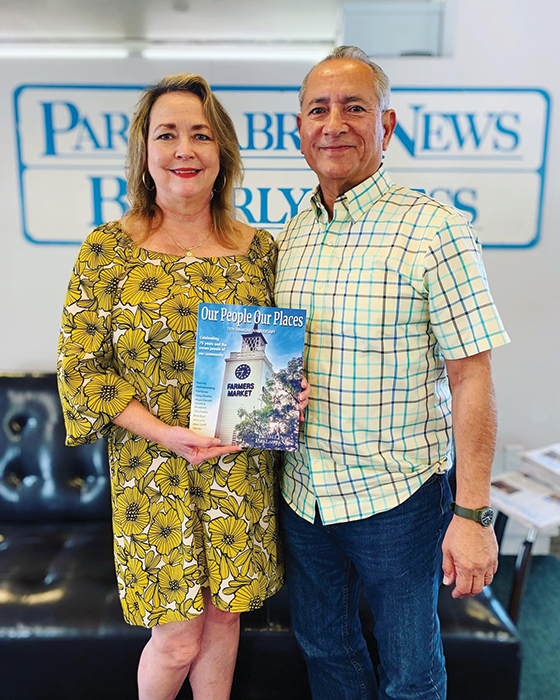 “It’s remarkable, actually, in today’s world for anything to reach 75 years,” Mayor Robert Wunderlich said. “It’s also remarkable to have continued local news coverage of what happens in Beverly Hills. So really it’s congratulations and thanks to the Beverly Press, in particular, for making it vibrantly to their 75th anniversary.”

He noted that the publication printed its first edition in 1946 and has since grown to serve Beverly Hills, West Hollywood, the Miracle Mile, Hancock Park and Hollywood. Its publishers, Michael and Karen Villalpando, purchased the newspaper in 1990.

Wunderlich displayed an advance copy of the magazine and said he liked a particular quote from Chris Erskine, who said, “Newspapers are journalism’s acoustic guitar.”

“Newspapers have a long history, and they still are providing something very valuable in addition to other ways of getting our news these days,” he added.

Michael Villalpando said the newspapers’ expansion into Beverly Hills five years ago was one of the best decisions the publishers have made.

“We promise you that we will continue to work toward the goal of providing news and information, both timely and accurately, for the people of Beverly Hills,” he said.

Karen Villalpando said the city of Beverly Hills is featured prominently throughout the magazine, which was distributed to nearly every resident in the city today.

VINTAGE: Put the pedal to the metal