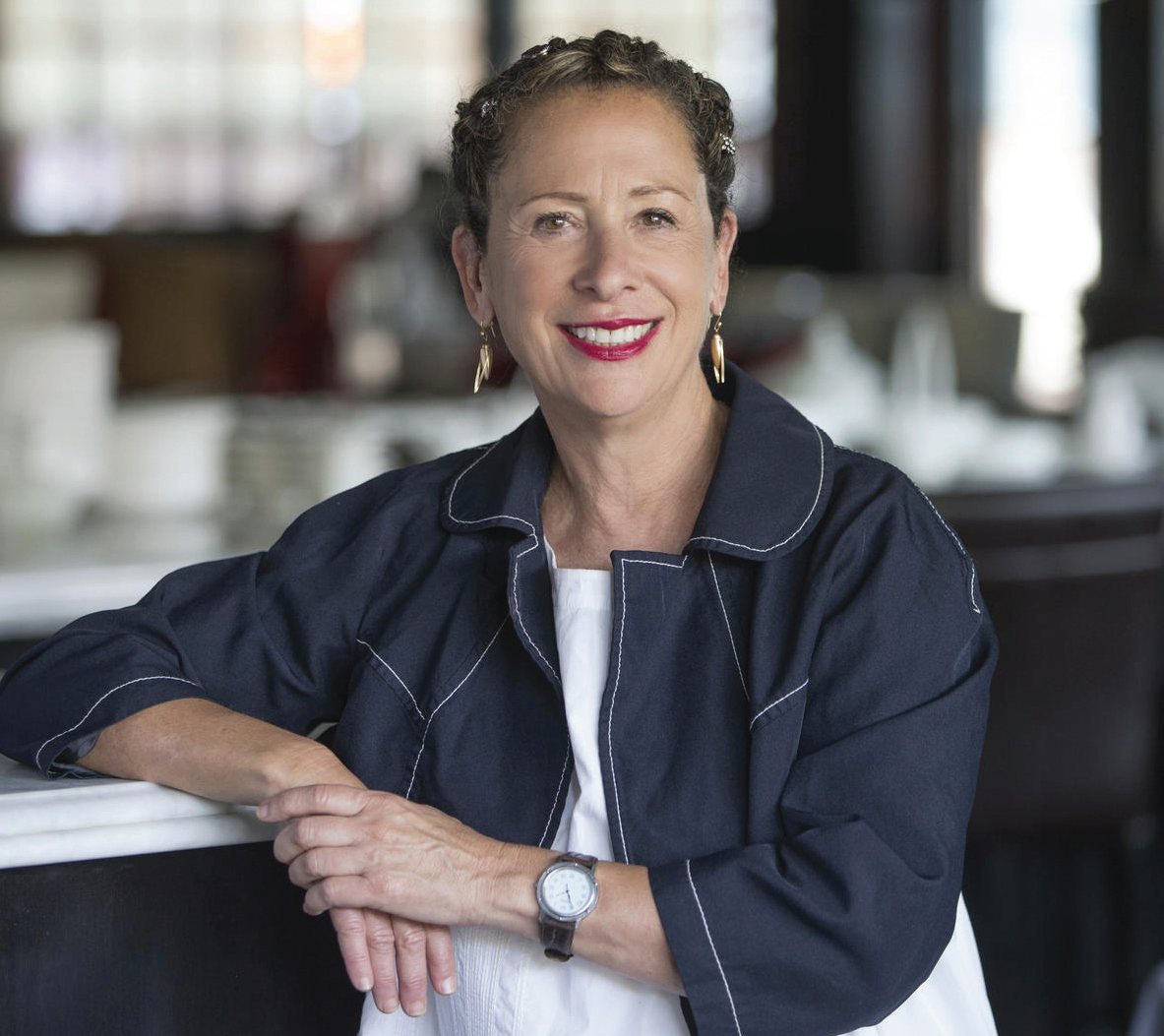 Searching for crown jewels in Los Angeles happens to be an  easy task. In the immortal words of Dorothy Gale, “You don’t have to look much further than your own backyard.”

Just start on La Brea Avenue, where in 1989, Nancy Silverton graced the city of angels with her legendary sourdough bread when she opened La Brea Bakery. A culinary shining star, Silver­ton built upon her bread empire and rolled out restaurants Osteria Mozza and Mozza Pizzeria, soon rising to pizza stardom. While Silverton understandably declined to share her secret recipes with us, she offered a glimpse into her pizza dough technique and hap­pily talked about her newest endeavors.

In crafting her dough – whether for bread or pizza, Silverton said it is an ever-evolving process.

Over time, she tweaked her pizza dough recipe, substituting some of the white flour with spelt and rice flour, and adding olive oil.

“Just like anything else, you’re never satisfied with what you have,” Silverton said.

In last few years, so many fantastic pizzas have been made by 6 people that have put a lot of thought into it, she said. Securing her place among pizza chefs, Silverton’s has a specific style – hers.

“When people ask me, ‘What kind of pizza is it?’ I say, ‘Look, it’s my pizza.’ It’s not Neapolitan or Roman or Chicago or New York. It’s my pizza, but it’s pizza that’s made with the hands of the baker and a chef.”

While Mozza churns out pizzas meant to be shared among friends, Silverton’s new Pizzette in Citizen’s Public Market in Cul­ver City bakes pizzas for one, perfect for a hand-held lunch on the go. Pizzette was conceived to accommodate the thousands of of­fice spaces going into Culver City at companies like Netflix, Sony and Google.

“[Citizen’s Public Market] is a very small, well curated, very well-designed food hall that was designed with a rooftop area to eat, and a back patio and a front patio. So, it all works well, during these times where people really prefer to eat outdoors.”

Pizzette is just one of several new endeavors Silverton founded in the last year. A Pizzeria Mozza opened in London just a few weeks ago, and The Barish at the Hollywood Roosevelt Hotel debuted last fall. In homage to her paternal grandmother, The Barish is an Italian steakhouse, serving wood-fired cuts of beef and reimagined classics.

“The homage is to my father’s mother’s side of the family who were part of the first Jewish settlement in Canada, and their last name was Barish. They were cattle farmers and they raised sheep and cows,” Silverton explained. “I wanted to make sure that it had some sort of connection with myself, rather than just opening a restaurant in the hotel. It felt like the right thing to do, especially because the Hollywood Roosevelt Hotel is such an iconic hotel.”

In addition to the dining room, Silverton transformed the private dining room known as the Library Bar into the Writer’s Room, in honor of her mother Doris.

“My mother was a fiction writer and a television writer. So, I felt that really was great I got to pay homage to her with a huge picture of her in the private dining room and naming it the Writer’s Room, which also felt like the right thing to do at the Hollywood Roosevelt Hotel since the first Academy Awards was held there.”

Adjacent to the Writer’s Room will be a wine and cheese bar, named Lorenzo, after Silverton’s father.

“Everybody in my family gets a mention, including not only their photographs everywhere, but a lot of the graphics have to do with the farm.”

Silverton’s attention to detail came sharply into focus as we talked. She orchestrates her restaurants with intention and inspiration she draws from visits to Italy. Influences from dining at restaurants and in friends’ homes find their way into her dishes. “Every summer, I get to spend 40 to 50 days at my little home in Umbria. We travel the country eating at our favorite restaurants – Massimo Bottura’s, Dario Cecchini’s, Franco Pepe’s – and at new places we’ve heard were good. We eat at people’s homes too, especially my friend Faith Willinger’s in Florence. And every summer I get inspired by two or three dishes and I try to twist them a little for a Mozza dish.”

Silverton has accumulated many achievements and accolades since her start as a pastry chef at Michael’s and Spago, under the tutelage of Michael McCarty and Wolfgang Puck. After working in other chef’s kitchens, she founded La Brea Bakery at 624 S. La Brea Ave. because she wanted to serve “really good bread” at her soon-to-be-opened Campanile next door. Coincidentally, the Park Labrea News started in a small office at 626-1/2 S. La Brea Ave., where the newspaper was produced for more than 40 years until it had to move to make way for a young couple opening a restaurant – Silverton and Mark Peel. 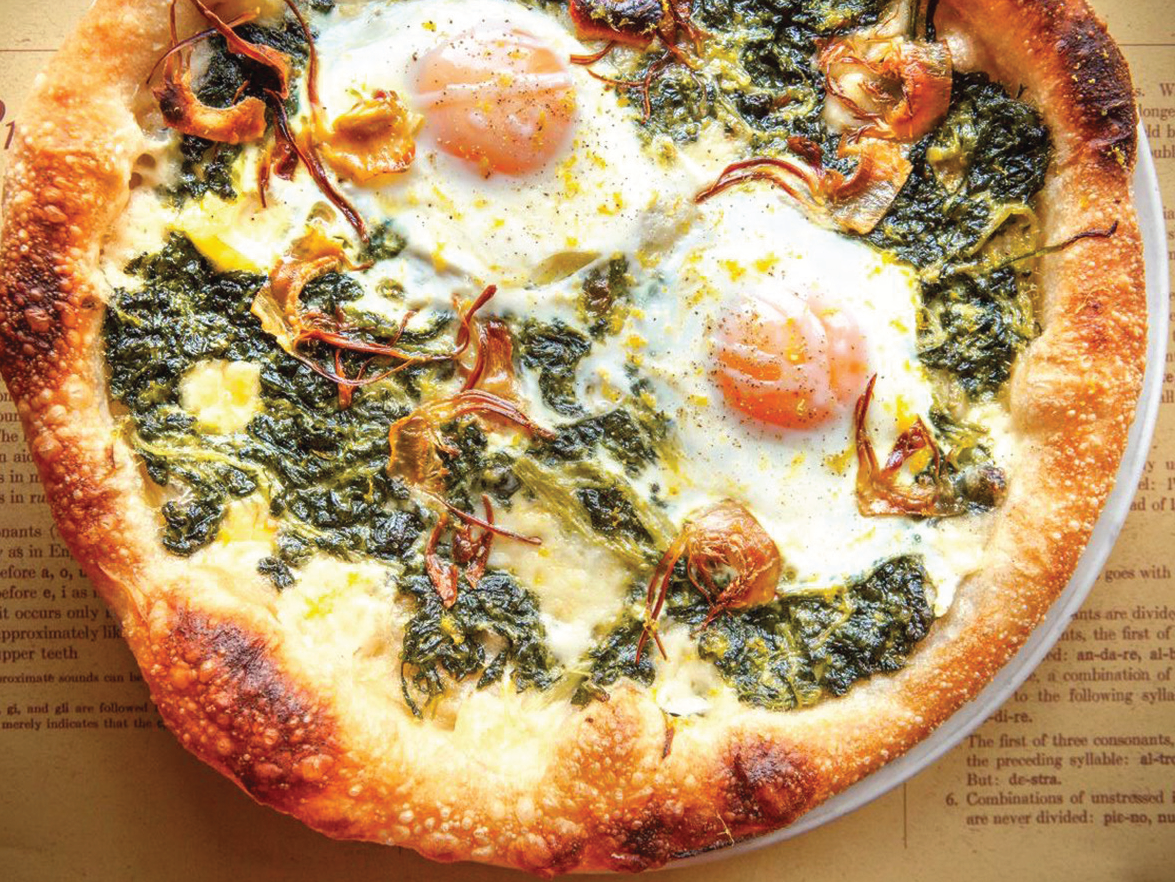 In 1991, the James Beard Foundation named her pastry chef of the year. In 2014, she garnered the James Beard outstanding chef of the year award. Osteria Mozza earned a Michelin star in 2008, and in 2019, it maintained that star. Notably, Michelin recognized the restaurant with a Green Star award for its sustainability prac­tices. Silverton appreciates the acknowledgements and said the best thing about the awards is how proud they make her staff. Yet to Sil­verton, her greatest accomplishment was making Julia Child cry.

“I was on her show many, many years ago and made a her a brioche tart. When she ate it, after a few seconds Julia started to cry. I thought it was because it was too hot, but it was because she loved it. Those were tears of joy,” she said.

Joy. That’s what Silverton brings to diners in Los Angeles. For more than 30 years, we have feasted on her California-Italian in-spired cuisine. We tear into crusty loaves of sourdough and savor thin crusted pizza that has the same attention given to the dough as the accoutrements on top. We are fortunate Silverton has invested in our neighborhood, rewarding us with her finely honed baking skills. It seems to always come back to bread. Guess what she said she’d like for her “last meal.”

“A hot crusty loaf of bread and some salted French butter. My current favorite butter is the Beurre de Baratte made by Rodolphe Le Meunier. Monsieur Marcel Gourmet Market in the Farmers Market on Third Street carries it,” Silverton mused.

Yes they do, Nancy, and thank you for always keeping your neighbors top of mind.

Nancy is a local treasure and Karen did a outstanding job of capturing her spirit. Thank you. I love Nancy, Jimmy Dolan