Musso’s ready to raise the curtain on private dining 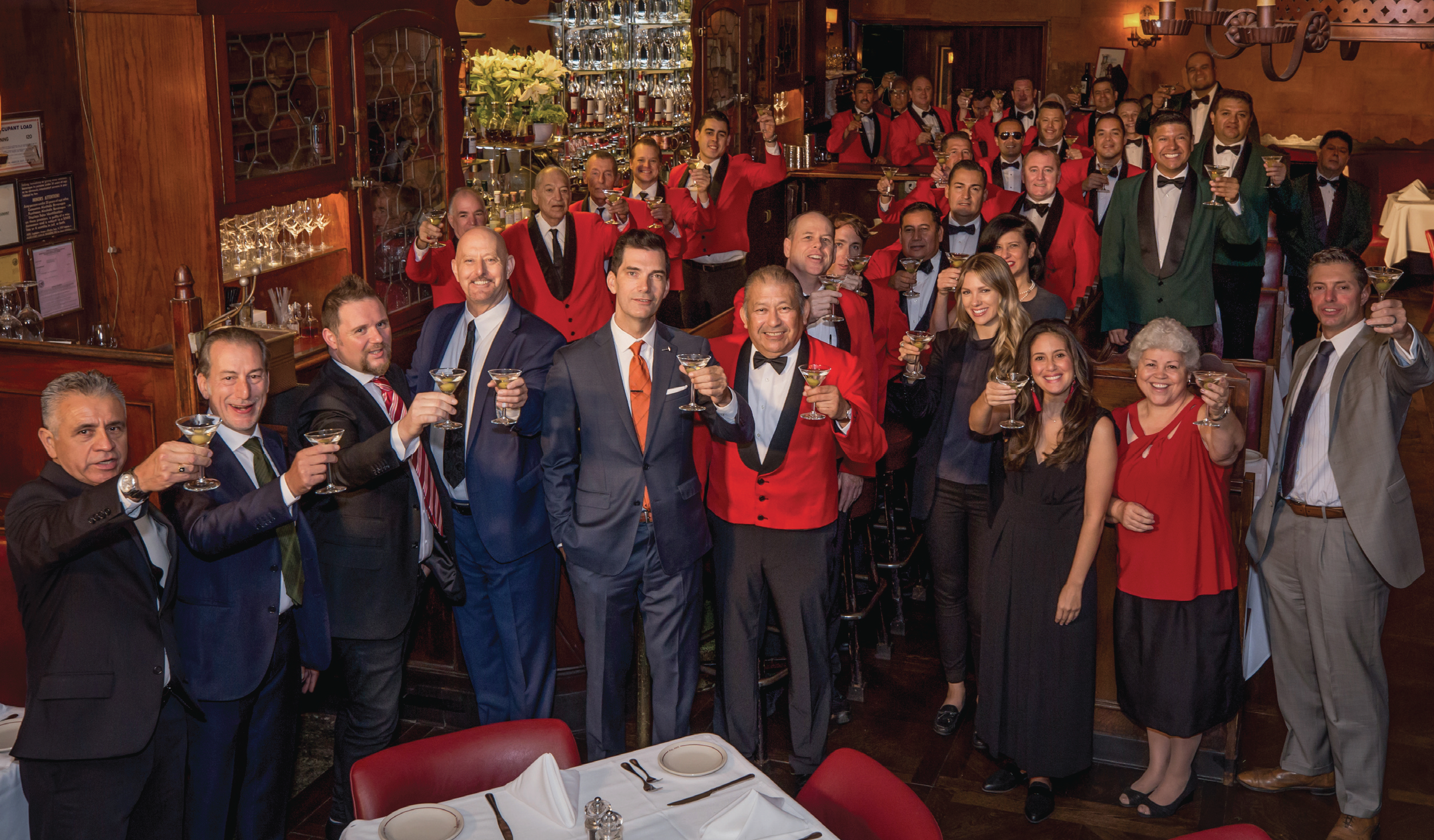 For 102 years, the Musso & Frank Grill has stayed true to tradition, maintaining an impeccable level of service and fine dining that has attracted a loyal following of customers from around the world. Never changing what makes the Hollywood Boulevard landmark special has been a hallmark, said Mark Echeverria, COO, CFO, proprietor and fourth-generation owner of the restaurant.

Soon, however, the Musso & Frank Grill will raise the curtain on something Echeverria said his loyal customers have been requesting for years – private dining. Set to debut in late October or early November, three private spaces will welcome guests in an expanded portion of the classic restaurant at 6667 Hollywood Blvd.

“We wanted to make sure any expansion or any addition we do at Musso’s is done in the right way and consistent with our form. We are always very deliberate and very purposeful in anything we do at Musso’s, so this was certainly no exception,” Echeverria said. “The idea was really born by the customers asking for it. We looked around, and there really is no private dining in Hollywood outside of a hotel. It just seemed like a very natural progression for the restaurant to offer private dining.”

Echeverria said the new space, which includes three rooms that can be configured for different party sizes, will be perfect for everything from a private dinner with family and friends to Hollywood production wrap parties. Designed by the architecture firm Gensler with a similar aesthetic to the restaurant’s main dining room and bar, the new space will make longtime customers feel right at home.

“When thinking about what we wanted to do with the new space, we reached back into my family’s heritage, which is Northern Italian, and we had murals painted that are of old Tuscany and Northern Italian landscapes,” Echeverria said. “It has its own character, its own distinction, but absolutely that feel of Musso’s comes through.”

Customers get that sense of distinction the minute they walk through the door at the Musso & Frank Grill, with the familiar dark wood paneled walls and red booths providing an unforgettable ambiance, Echeverria added. Much like stepping back in time, the restaurant imbues a sense of class from a bygone era. 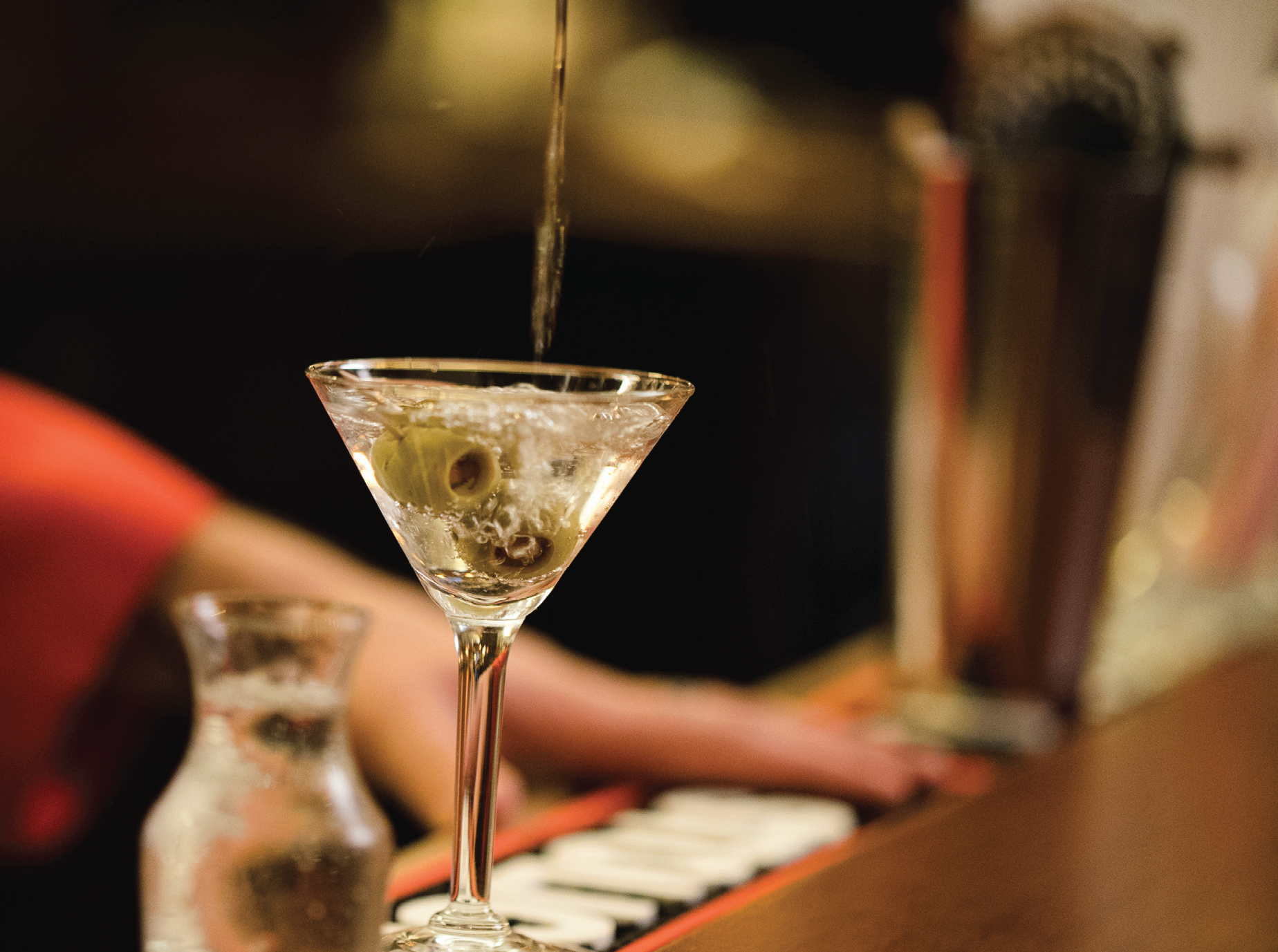 “007” got it wrong, bartenders tell patrons. Martinis at Musso & Frank are stirred, not shaken, and served with a side car to refill the glass. (photos courtesy of The Musso & Frank Grill)

The menu has remained unaltered over time, with the finest prime rib, steaks and chops, lobster, shrimp and fish, Italian fare and signature dishes like Welsh Rarebit. The fettucine alfredo is made from a recipe from the original Alfredo’s restaurant in Italy that was passed on to a former chef by silent film stars Mary Pickford and Douglas Fairbanks. Another hallmark is Musso ‘s martini, stirred not shaken. “James Bond got it wrong,” the bartenders tell patrons.

Echeverria said building relationships is an important part of the Musso & Frank Grill, creating an experience that is always memorable and exciting. He is grateful for the outpouring of support customers have shown since the restaurant fully reopened following pandemic clo­sures, and recounted how wonderful it has been reuniting with customers, whom he calls old friends.

“When we opened our doors in May at 50% capacity, the welcome we got was overwhelming. Within two hours, we had the first three weeks booked with reservations,” Echeverria said. “When we opened at 100% on June 15, it was just like the flood gates opened. Now, we are still booked out three or four weeks.”

He also stressed that the restaurant’s waiters, bartenders and staff, many of whom have been with the Musso & Frank Grill for decades, deserve credit for making it a favorite among generations. The employees, in their signature red jackets, have become like family to many long­time patrons, Echeverria said.

“Our team is very, very grateful to the L.A. community. They all want me to tell the world how grateful they are for the support,” he added. “It’s a special group. They are my family. We are very fortunate, and I am very, very optimistic for the future.”

I first head of this restaurant on the Sunday morning show last week on channel 2 TV. I scanned the menu and it looks yummy. Great history, ambiance and employees. I visited Hollywood 50 years ago with my friend Jerry Silver and visited the famous Schwab’s drug store and would have loved to try this iconic restaurant called Musso and Frank while I was there in Hollywood.. Hope to go one day!