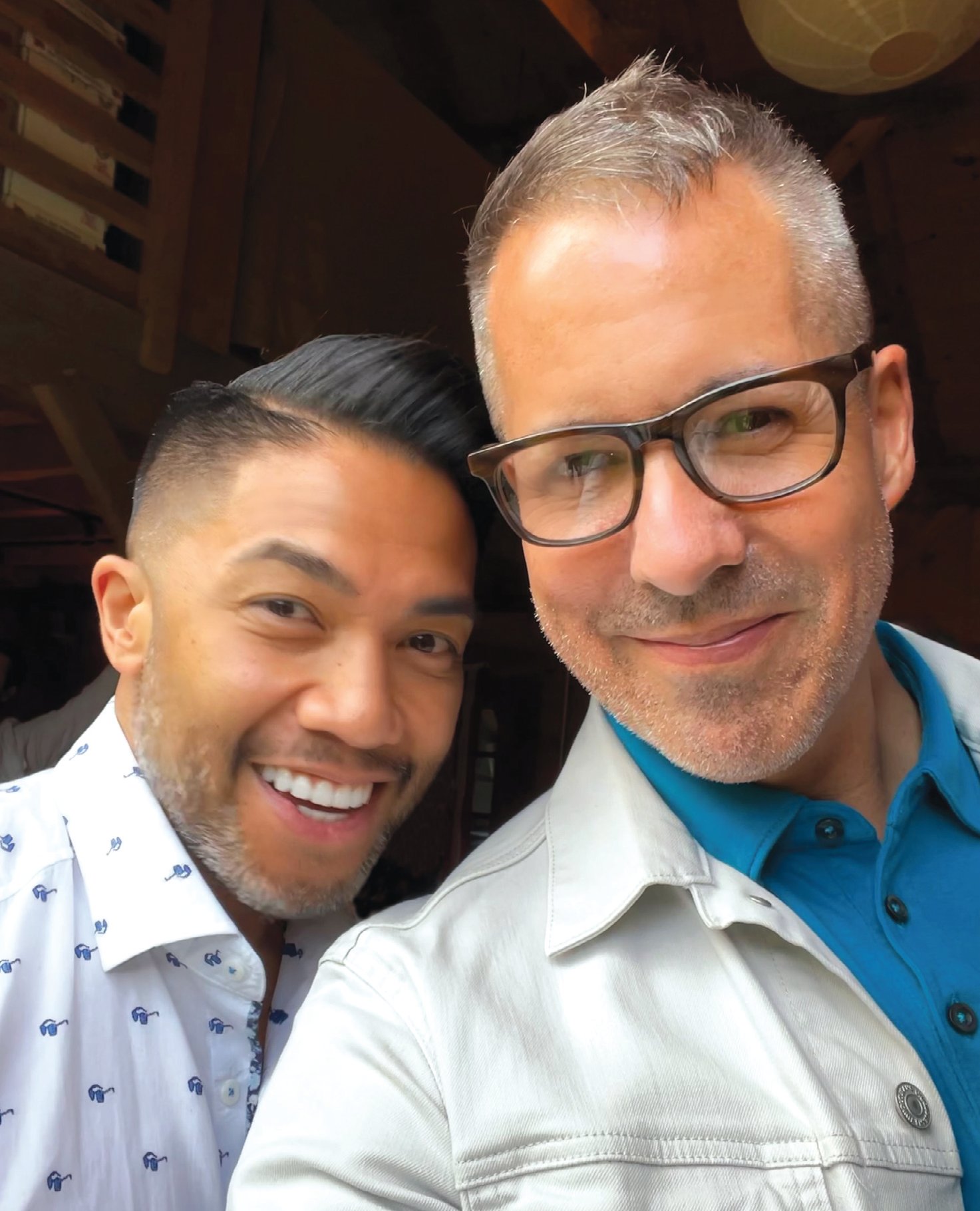 On our 75th Anniversary, a former editor recalls discovering small town values in the heart of L.A.

If you were active in this community in the early 1990s, our paths may have crossed. I was the kid in pleated khakis running back and forth along Wilshire with a notebook and camera.

If you weren’t here then, it was an exciting time. Especially if you were just starting out in your journalism career doing exactly what you wanted to do.

If you read this newspaper 30 years ago, you probably saw my byline or one of my photographs. When Michael and Karen Villalpando became stewards of this publication in 1990, I was their first hire.

They were ambitious young newspaper execs who wanted to try their hand at publishing. I was a brand-new University of Texas grad who wanted to live the California lifestyle.

When Michael and Karen hired me, I made the move here from Austin in three days. I rented an apartment in Park La Brea, started work and began to explore the area. At the time the newspaper offices were in a small two-story building in the Dell of the Farmers Market complex, facing Fairfax.

I had no idea what to expect and didn’t know anything about this diverse, dynamic community. At the time, I had limited experience with Jewish culture, thought Melrose was a place not a street and as a young, gay man viewed West Hollywood as Mecca.

I moved around a lot when I was a kid. I have interesting parents whose work took our family all over the place. But I didn’t grow up with a strong sense of community. When I graduated from college, it was the first time I’d lived anywhere for four straight years.

It wasn’t until I moved here that I came to understand what “community” meant.

When I arrived in L.A., my circle consisted of Michael, Karen and the newspaper’s other writers and contributors. As I settled into my role, my network expanded. I met neighbors and friends, store owners, local officials and business leaders. Because of my newspaper job, I had the unique opportunity to go places and meet people that you don’t get in most nine to five jobs. (And just to clarify, my job at this newspaper rarely ended at five.)

The concept of how this community works together came into focus. Then and now, social service organizations support people who don’t have access to medical care. Our restaurants, museums and parks create places for us to gather and learn. Small businesses take care of each other.

The LBGTQ community was rallying in the face of the AIDS pandemic. And every day our neighbors were honored, remembered, even arrested. And we got to share all these stories with you weekly.

It wasn’t always pretty. Like any family, people and organizations take issue with each other. As with any smart news organization, this newspaper serves a fundamental role as a voice for all of you who live here. Michael, Karen and their team of editors and writers work hard to get all sides of every story so there can be a conversation about the things that make a difference in your life.

Back then, the hot topic was retail development. I spent the better part of my years here writing about the proposed changes to the Farmers Market and the debate about whether to build The Grove. I felt the anguish so many in the community shared about losing a local treasure. But I also saw the possibility of what’s next and how it might benefit the neighborhood.

And so it’s gone for decades. Victories, fights, stumbles and triumphs – all documented in this weekly newspaper that continues to evolve in the very way the look and feel of this community has.

What I learned then is the importance of providing a platform to be heard, something this newspaper has done for 75 years.

Your neighbor who wants to get something off his chest. The developer selling us on her dream. A store owner who wants to announce a grand opening. The city councilperson hoping to get reelected.

All of us who live so close to one another but are often so disconnected are brought together through the efforts of the small team who creates this newspaper.

I also learned about finding your community, even in the middle of a city of millions. 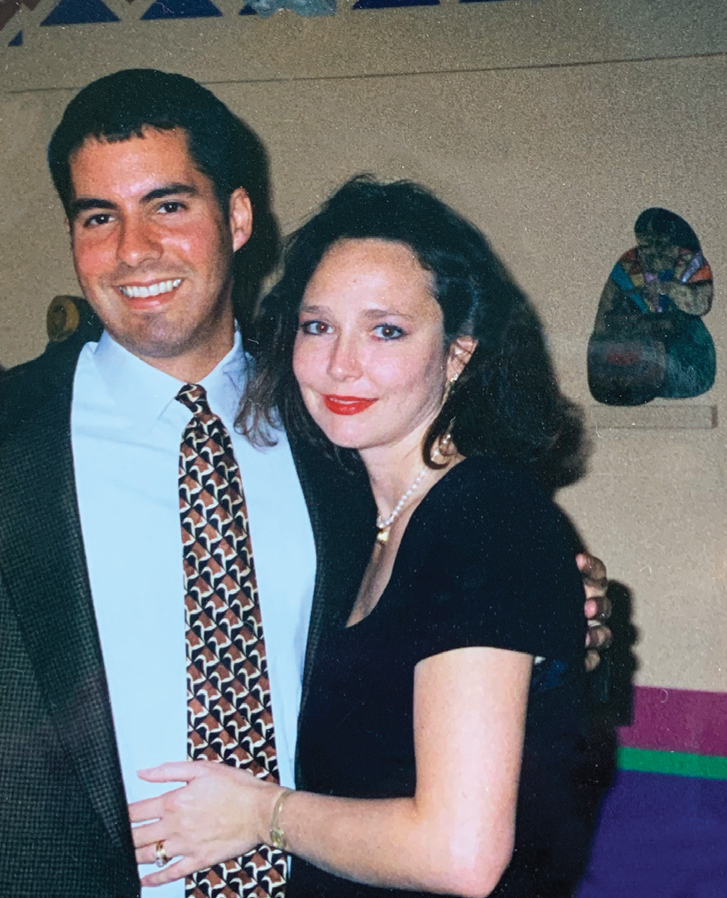 Brian Boyé and Karen
Villalpando celebrated
at a holiday party in 1990.

I appreciate what Michael and Karen Villalpando have done to build that concept through this newspaper. We worked together for a only a few years but have enjoyed decades of friendship since. I admire their dedication to keeping this community newspaper flourishing, something that gets more challenging with every year.

My time in your city was short. I moved to Manhattan in the late ‘90s to work for a magazine, but I have the best memories of living and working here. It’s where I came of age, started my career and made lifelong friends. I value the lessons I learned here, in your community. Over the years, they’ve shaped how I adapt to new environments and jobs.

I discovered how it works here, but I seek community wherever I go.

Seventy-five has a nice ring to it!