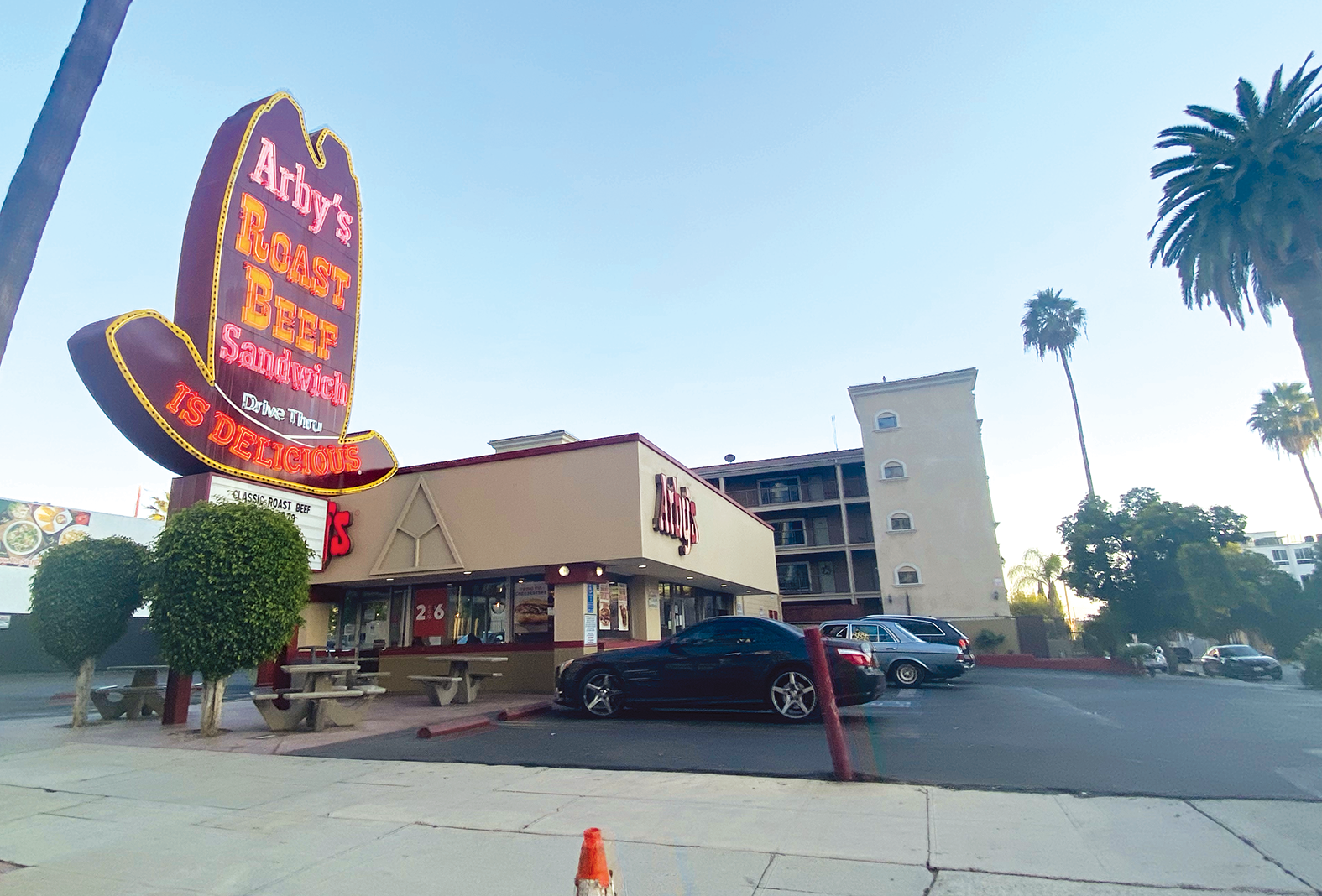 The victim was found inside his vehicle in the parking lot of a fast food restaurant on Sunset Boulevard. (photo by Edwin Folven)

Los Angeles Police Department detectives are asking for the public’s help in identifying a male suspect who shot a victim on Sept. 20 in the parking lot of an Arby’s fast food restaurant at 5920 W. Sunset Blvd. in Hollywood.

Officers from the Hollywood Division received 911 calls about the shooting at approximately 12:50 a.m. and found the victim seated in his vehicle, said Detective Sean Kinchla, with the LAPD’s West Bureau Homicide Unit. The man, who Kinchla said was in his 30s, was pronounced dead at the scene. Authorities believe the victim, who was not identified, was shot during a robbery.

“It appears to be a drug deal gone bad,” Kinchla added.

The suspect was described as a Black man wearing a dark hooded sweatshirt. Witnesses last saw the suspect fleeing south on Tamarind Avenue from Sunset Boulevard. Kinchla said the investigation is ongoing and there was no further information.

Anyone with information is urged to call West Bureau Homicide Unit investigators at (213)382-9470. During weekends and off-hours, call the LAPD’s hotline at (877)LAPD247.