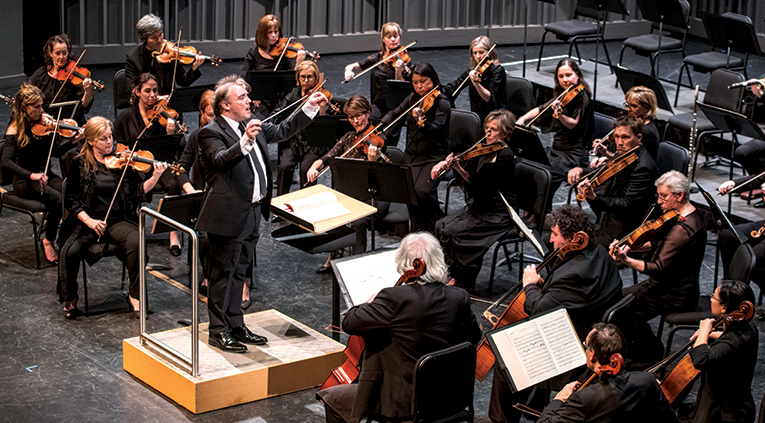 Los Angeles Chamber Orchestra’s 2021-22 Season celebrates the orchestra’s full return to the concert hall since it shuttered live performances more than 18 months ago.

In its new season, LACO presents a total of 13 programs – five orchestral, six chamber and two new music – showcasing a dynamic mix of LACO-commissioned world premieres by 2019 Pulitzer Prize winner Ellen Reid and Samuel Adams, as well as cornerstones of classical music, and significant works by composers both iconic and lesser known.

The season opens on Nov. 13 with pianist Jeffrey Kahane on Mozart’s “Piano Concerto No. 22 in E-flat major.” Figuring prominently in the season’s repertoire are an assortment of other concertos by Mozart, Vivaldi, Pergolesi, Telemann, Corelli, Mendelssohn, Brahms, Dvořák and Geminiani.

“Nothing equals the thrill of a live concert experience, and LACO brings renewed energy to the stage as we open a new chapter,” Music Director Jaime Martín said. “What a joy for all of us at LACO to be able to, once again, connect with audiences through in-person performances inside some of Southern California’s most exceptional concert halls.

“My vision for the new season as we emerge from these challenging times is to spotlight LACO itself. I’ve selected programming that spans the Baroque era to new music created by some of today’s most exceptional composers to showcase the orchestra’s versatility and technical ability. I’m also delighted to welcome to the front of the stage as featured soloists a number of LACO artists, who will astound and delight with their shinning virtuosity throughout the season.”

“That we are able to conceive and produce a season of this magnitude and scope is a testament to LACO’s dedicated and generous supporters,” Executive Director Ben Cadwallader said. “Returning to a full season of live performances is an incredibly significant endeavor requiring tremendous financial resources. LACO simply would not be where it is today without our loyal donors, sponsors and community partners whose generosity and creativity inspire us to continue to innovate and evolve.”