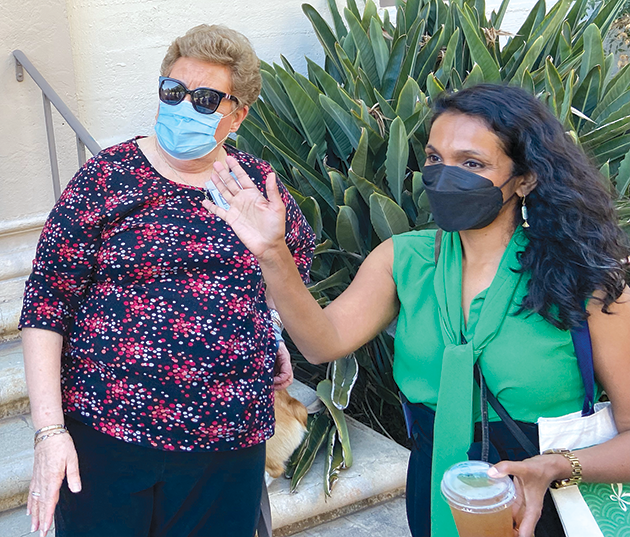 Two motions by Los Angeles City Councilwoman Nithya Raman, 4th District, to analyze the feasibility of converting two city-owned properties in the Miracle Mile and Hollywood into affordable or permanent supportive housing has been approved.

The Los Angeles City Council on Aug. 25 approved the motion, which will facilitate a study of the sites at 728 S. Cochran Ave. and 1905 N. Highland Ave. to see if they are underutilized and suitable for such housing.

Raman discussed her initiative virtually with members of the Miracle Mile Residential Association on Aug. 27. While the Mid City West Neighborhood Council has voiced support for the proposal, the association remains undecided, President Greg Goldin said.

“We have felt for some time that it was impossible to take a stance, because we don’t really know what’s being proposed,” he said. “That’s our problem.”

Raman’s office sent information related to her motions but did not respond to requests for comment before deadline.

According to the motions, which are nearly identical, Raman’s intention is to help address the city’s “affordable housing shortage and corresponding homelessness crisis.” They call for the city’s administrative officer, Matt Szabo, to review the properties and report back to the council in 45 days.

According to information supplied by Raman’s office, Szabo will work with several city departments on the initial evaluation, which will be followed by an analysis by the Los Angeles Housing + Community Investment Department.

Szabo will then draft a report that will be reviewed by the city’s Municipal Facilities Committee and then forwarded to the City Council. According to Raman’s office, representatives will take community input throughout the process.

“Only after the study is completed, and after deep engagement with the community, will there be any further steps taken on this process,” her staff wrote.

In July, members of the Mid City West Neighborhood Council voted to support the project with only one “no” vote and one abstention. However, concerns were raised then about the proximity of the Cochran Avenue site to Cathedral Chapel School.

Those concerns have not been alleviated. There are also still rumblings that the site on Cochran Avenue, which is currently a city-owned parking lot, could become a homeless shelter.

In the FAQ on her website, Raman said affordable and permanent supportive housing projects have been built near schools in the past.

Michael Schneider, Mid City West’s first vice chair, said the motions are just preliminary, and that Raman is not saying “bulldozers are going to show up tomorrow.”

“This is just the beginning,” he said. “As a city, we have to find solutions for people experiencing homelessness. I, personally, don’t believe that criminalization is moral, nor do I think that it’s actually a solution. So, if criminalization doesn’t work and if pushing people around … doesn’t work, we have to ask the question, ‘What does work?’ Frankly, I think it would be irresponsible to not look at every possible avenue of success.”

Goldin said the MMRA is not against the city providing “truly” affordable housing or permanent supportive housing.

“If you’re going to build homes, build homes that people want to live in and want to care for, so that like anybody else living in the Miracle Mile, they become part of the neighborhood,” he added.

In Hollywood, residents have expressed concerns about a potential site on Highland Avenue as well. Anastasia Mann, president of the Hollywood Hills West Neighborhood Council, said the council has not taken a position on the proposal, nor has it been approached by representatives of Raman’s office. However, neighbors are concerned, she said.

“Some [nearby residents] are very, very substantial people that own these properties [and] are quite uncomfortable with a facility backing up [to their land],” Mann said, adding that people in the area already deal with issues related to individuals experiencing homelessness.

What defines “very very substantial people that owns these properties.
ADJECTIVE
of considerable importance, size, or worth.
“a substantial amount of cash”
synonyms:
considerable · real · material · weighty · solid · sizeable · meaningful · [more]
strongly built or made.
“a row of substantial Victorian villas”
synonyms:
sturdy · solid · stout · strong · well built · well constructed · durable · long-lasting · hardwearing · imperishable · impervious
(of a meal) large and filling.
“breakfast is a substantial buffet” · [more]
concerning the essentials of something.
“there was substantial agreement on changing policies”
synonyms:
fundamental · essential · basic
So we now have very substantial people that are now very concerned with a facility “backing up to their land”