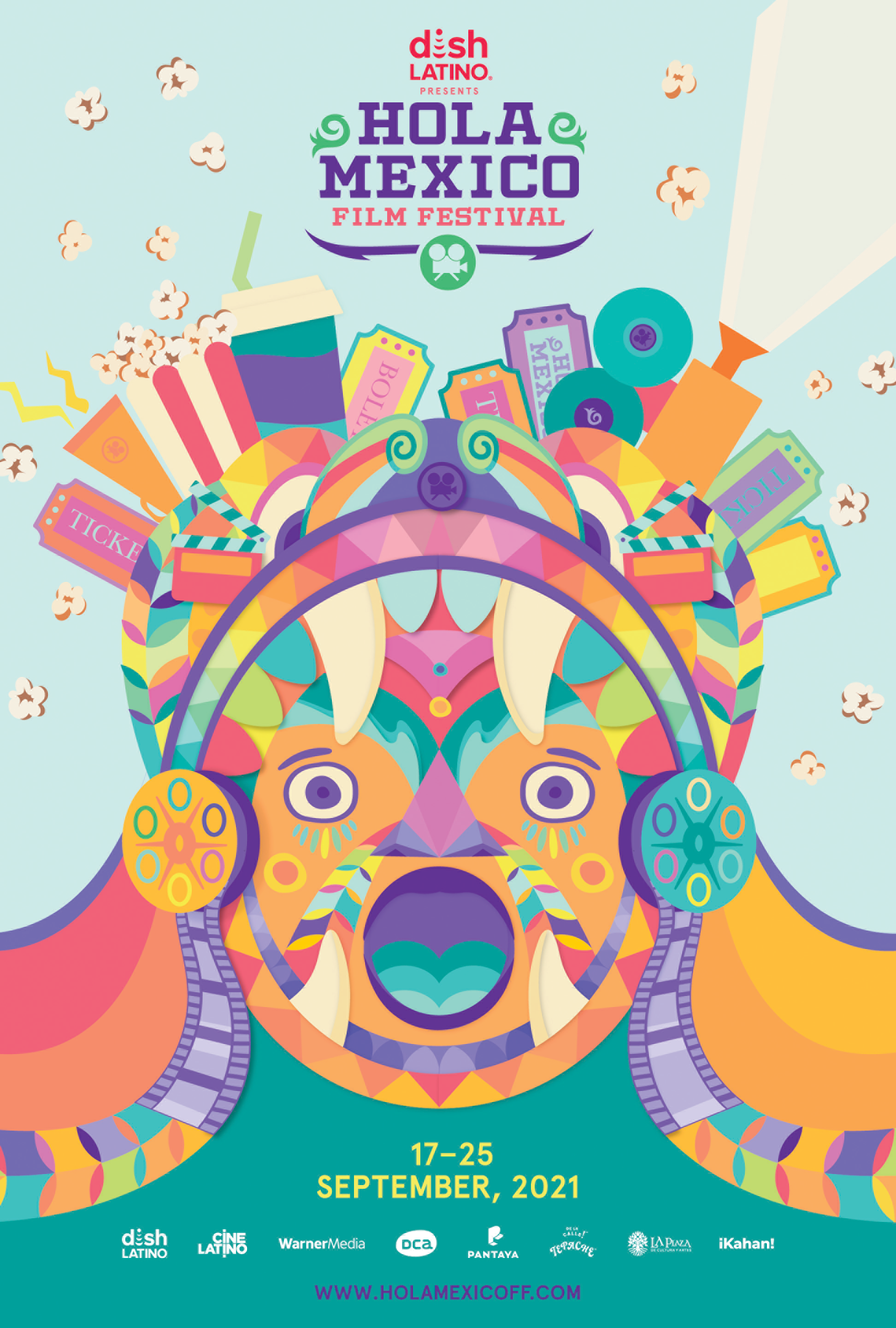 The Hola Mexico Film Festival, the largest Mexican film festival outside of Mexico, is back for its 13th edition during Hispanic Heritage Month.

Bringing audiences back to the cinema, Hola México Film Festival presented by DishLATINO will give viewers an opportunity to celebrate the perseverance of the film community and see some of the most compelling films that have recently come out of Mexico.

“Although the Hola México Film Festival continued in 2020 in a virtual format, we deeply missed the irreplaceable communal experience of being with each other to showcase the strength and diversity of Mexican cinema. Through the enduring power of the cinematic arts community, we are absolutely thrilled to welcome back film lovers and finally be able to gather and embrace in-person during the 2021 Hola México Film Festival,” founder and director Samuel Douek said. “We look forward to helping ensure that Mexican filmmaking continues to grow and prosper for years to come.”

The festival will feature 21 films from Sept. 17-25 at Regal Cinemas LA Live. Spanning comedies, dramas, horror films and documentaries, the festival will showcase films in a festive atmosphere in conjunction with exclusive parties and outdoor concerts.

The festival will open with “Perdida” from Mexican director Jorge Michel Grau. “Perdida” is a thriller following the new conductor of the Mexico City Philharmonic after his wife vanishes without a trace. Police suspect he’s the reason.

The festival will  conclude with an award ceremony where recognitions will include best director, best short film and best audience award. Opening and closing ceremonies will take place at LA Plaza de Cultura y Artes, an open-air venue.

The festival also will feature the 6th annual Tomorrow’s Filmmakers Today, a career and inclusivity development program. The program aims to increase the Latino workforce in the global filmmaking industry cultivating inclusion, supporting the development of Latino content and fostering meaningful collaborations among its participants and top industry leaders. The participants all live in Southern California, Texas and New York.