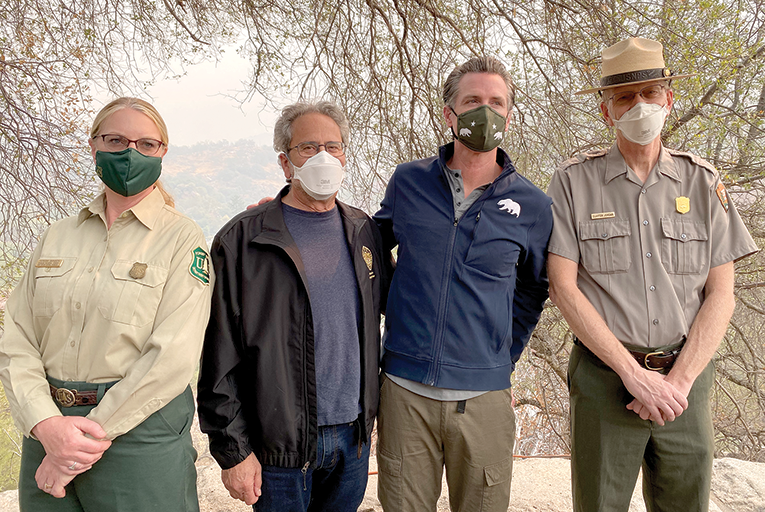 Assemblyman Richard Bloom (D-Santa Monica) joined Gov. Gavin Newsom on Sept. 27 to celebrate the signing of Senate Bill 170 at the site of the KNP Complex Fire in the Sequoia National Forest.

Negotiations for SB 170, which Bloom spearheaded, led to allocating $15 billion in funding in this year’s budget to combat climate change and worsening wildfires.

“California is doubling down on our nation-leading policies to confront the climate crisis head on while protecting the hardest-hit communities,” Newsom said at the site. “We’re deploying a comprehensive approach to meet the sobering challenges of the extreme weather patterns that imperil our way of life and the Golden State as we know it.”

As California faces drought-like conditions, record low rainfall and record high temperatures, the vegetation around the state is stressed, resulting in drier, more dangerous conditions earlier on in the fire season that calls for more resources and funding to be directed toward climate resiliency.

“We must begin to scale up our fire prevention efforts in a way we never have before,” Bloom said. “I am grateful to Governor Newsom for his leadership and immediate action on this issue, and I thank the agencies involved in these efforts to protect Californians from wildfires up and down the state. We have a long way to go, but $15 billion is a great start.”