GLAZA out, Zoo Lights on 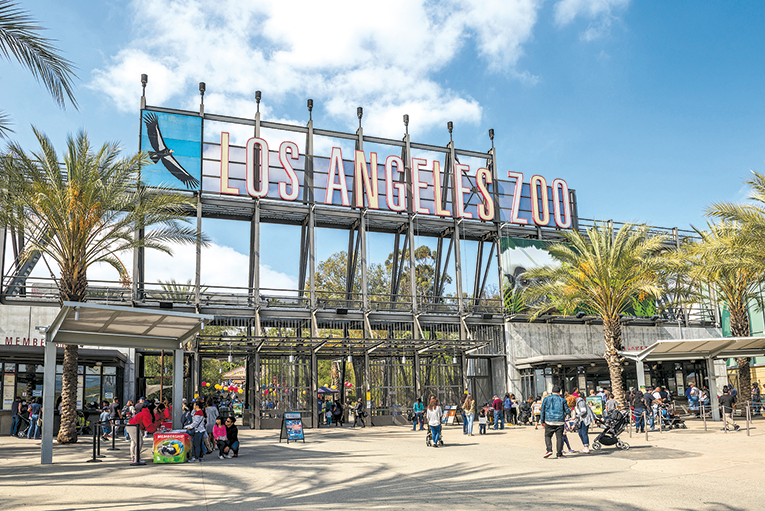 The relationship between the Los Angeles Zoo and GLAZA has seemingly soured and raised questions about GLAZA’s future. (photo courtesy of GLAZA)

City officials appear to be moving ahead with the 2021-22 iteration of Zoo Lights without the Greater Los Angeles Zoo Association, the nonprofit that has produced the event since its inception and supported zoo operations since 1963.

“In mid-September, the zoo director [Denise Verret] informed us that the zoo and the city intend to produce Zoo Lights,” GLAZA President Tom Jacobson said. “We respect that decision and are committed to helping the event succeed by providing them with our event playbook, as well as providing marketing support as needed.”

On Aug. 17, Jacobson sent a letter to several city officials that stated GLAZA was canceling Zoo Lights in 2021-22 due to delays and inappropriate demands by the city and Verret.

“On behalf of the GLAZA Board of Trustees, we firmly believe that while we acted in good faith to produce another successful Zoo Lights program for 2021-22, the city’s and zoo director’s unreasonable demands, failure to acknowledge the time-sensitive nature of producing the event and an apparent desire to elbow GLAZA out of its leadership role have now led to the event’s cancellation,” he wrote.

GLAZA’s role in supporting the zoo moving forward is now unclear. In the letter, Jacobson said he hoped for “a more healthy, mutually respectful negotiating process” as the relationship between the city and GLAZA is discussed “in the coming months.” In an August interview, Jacobson said GLAZA was in the midst of planning fall events despite the cancellation of Zoo Lights.

Zoo representatives declined an interview but offered a statement:

“The L.A. Zoo is excited to be able to successfully deliver our 2021-22 L.A. Zoo Lights program to the Los Angeles community, and we will do so with GLAZA’s support. More details about the event will be forthcoming when they are available.”

Multiple attempts to reach Raman for comment have been unsuccessful since Aug. 23. The motion, however, stated that this year’s Zoo Lights and its revenue were not included in the zoo’s budget for 2021-22 due to the pandemic.

“In recent weeks, the zoo has found that it is feasible to produce this event this year, and is entering into contracts with qualified vendors to facilitate the production of the L.A. Zoo Lights event for 2021-22,” the motion states.

In his letter, Jacobson wrote that the cancellation of Zoo Lights would lead to the loss of $1.8 million in zoo revenues, as well as another year of a relatively new holiday tradition for Angelenos. The motion listed the potential event revenue at $2.3 million.

The appropriation will come from the Zoo Enterprise Trust Fund, and most of it will be spent on contractual services, according to the motion.

Zoo Lights has been produced by GLAZA every year since 2014, though it was canceled last year due to the pandemic. As its name implies, the event involves the illumination of several areas of the zoo with lights, projections and displays that celebrate the winter holidays.

The dispute over the event dates back to mid-April, when GLAZA asked to deduct the marketing costs for 2021-22 from the gross Zoo Lights revenue, according to Jacobson’s letter. The city denied the request in May, and GLAZA absorbed the costs, the letter states.

Then, the zoo director, Verret, informed GLAZA representatives that the nonprofit would need permission from the city for staffing overtime associated with Zoo Lights, a first since its inception, Jacobson said. The organization would also need a specific legal agreement from the city attorney’s office for this year’s event – another first, he said.

Zoo officials and GLAZA representatives disagreed on elements of the draft agreement. It called for GLAZA to give Verret oversight, despite her having “little to no experience in managing such events,” Jacobson wrote. The nonprofit learned on Aug. 10 that the city would not be willing to make any additional changes it had requested, a “take it or leave it” offer, Jacobson said.

“By this late date – a date GLAZA extended but the city still ignored – the financial and reputational risk to GLAZA, if we were to commit to the design and installation of the Zoo Lights, became untenable,” he wrote.